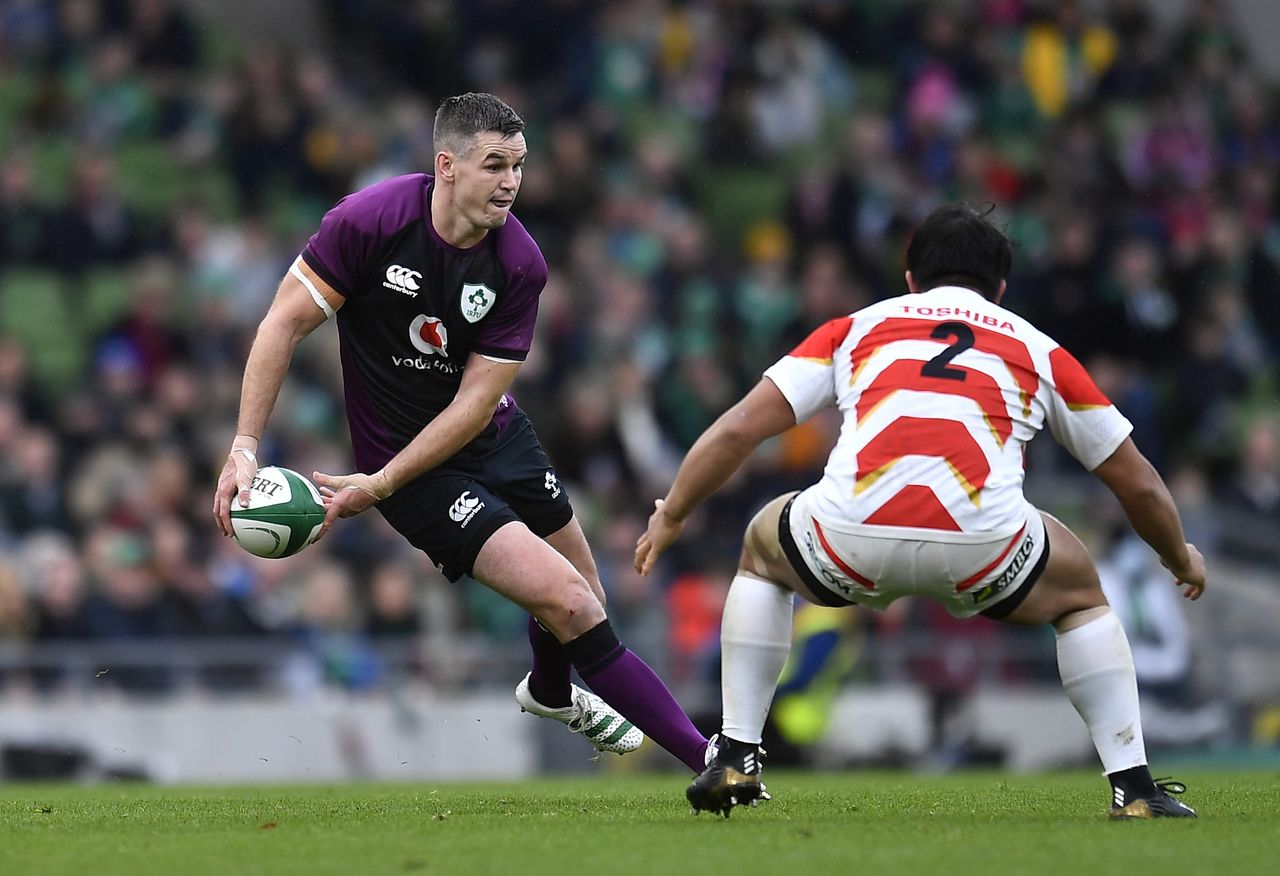 DUBLIN (Reuters) - Johnny Sexton savoured a "special day" on Saturday after becoming just the seventh Irish player to reach 100 caps in a 60-5 demolition of Japan.

A World player of the year, three-time Six Nations winner - one of them a Grand Slam - and the driving force in all four of Leinster's European titles, Sexton has been Ireland's most important player since fellow centurions Brian O'Driscoll and Paul O'Connell hung up their boots.

The 36-year-old flyhalf added the standing ovation he received on Saturday after scoring one of Ireland's nine tries to "the best moments" of that glittering career.

"It was an incredible ovation, I saw my family too and then I had to try and switch in to make sure I got the conversion and I was probably more happy about that than anything," Sexton told a news conference.

Saturday's sports pages were full of team mates past and present distilling Sexton's qualities. O'Driscoll said Sexton has always been a guy for the big moment, long-time halfback partner Conor Murray praised his resilience and leadership and Eoin Reddan described the number 10's "perfect technique" from early on.

Reddan, who was scrumhalf the day Sexton made his Ireland debut against Fiji in 2009, also told the Irish Independent that he nicknamed him 'CP' or cranky pants, a nod to the demanding and often abrasive demeanour Sexton cuts on the pitch.

Grit was also mentioned for a player who only received his first cap at the age of 24, less than a year after briefly dropping down to club rugby and playing alongside amateurs after losing his Leinster squad place.

After a "surreal week" that included well wishes from all the other members of Ireland's 100-cap club and boyhood hero, former Ireland soccer international Paul McGrath, Sexton was also keen to look forward.

He is the country's clear top flyhalf ahead of the 2023 World Cup.

"I don't think that's been done to Japan in a long time," said Sexton, who was presented with a samurai sword by the opponents after the game that he said he will mostly be trying to keep away from his seven-year-old son, Luca.

"That's how we've been trying to play for the last year, we've had some lessons along the way but when you do something a little bit different, it does take time. Today we probably took a step forward."