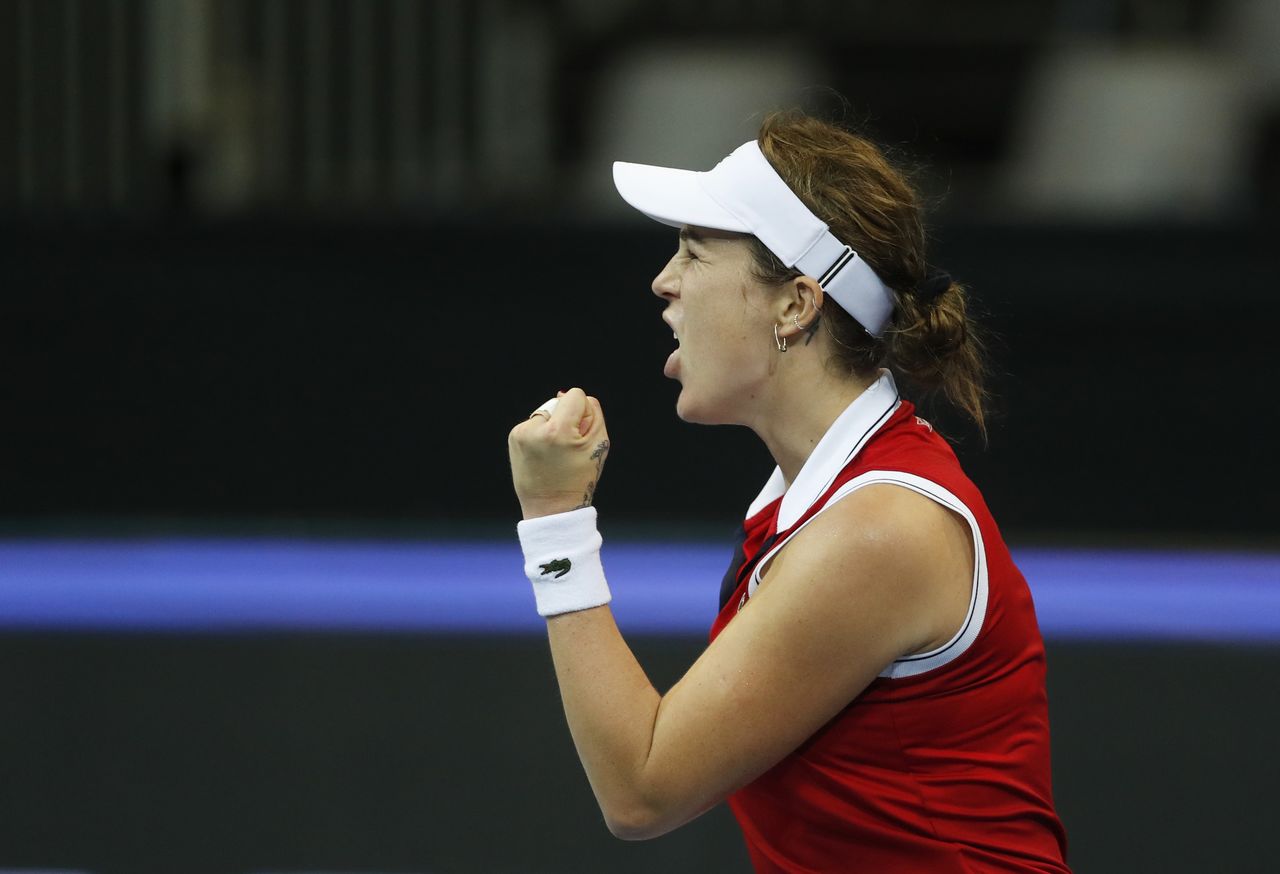 (Reuters) - Six years after Anastasia Pavlyuchenkova suffered heartbreak versus the Czech Republic in the Billie Jean King Cup final in Prague, the Russian redeemed herself at the same venue with a winner's medal against Switzerland.

World number 12 Pavlyuchenkova had to withdraw at the last minute from her singles rubber on Saturday but that did not stop her team, competing in Prague as the Russian Tennis Federation, beating the Swiss for their fifth title.

It was the team's first final appearance since 2015, when the Russians lost 3-2 after the deciding doubles against the Czechs at the O2 Arena with Pavlyuchenkova losing both singles rubbers.

"I guess it's better late than never," a smiling Pavlyuchenkova told reporters.

"Six years ago I was playing here in the final where Maria Sharapova won all her singles and we just needed one point that I couldn't give them, so that was probably the worst day of my life.

"But I overcame it and that also made me stronger I guess.

"When you play a team competition it's about the team, it's not about yourself and I think I've learned that. I wanted to bring as much as possible (in terms of) encouragement and positive energy to all the girls."

With Saturday's victory, the Russians extended their winning streak to nine ties in the women's team tournament, which was formerly known as the Fed Cup.

Their last defeat came in a home tie against Latvia in 2018 which relegated them to the zonal groups.

Igor Andreev, whose first assignment as team captain was the defeat by Latvia, hailed the entire journey that started with a win against Poland in 2019.

The 30-year-old Pavlyuchenkova, who also won the Tokyo Olympics mixed doubles gold this year, said: "It's funny that Igor remembered Poland, where we were really low, playing the group zone matches, we weren't even in the World Group.

"I went there after the Australian Open and the only thing, I swear, I had in mind was, 'I want so badly to win the World Cup with the girls, with the team', but I thought it's so far ahead.

"So we started there and it's an incredible journey and I'm so grateful for my year."

(The story was refiled to delete extraneous letter in headline)

(Reporting by Sudipto Ganguly in Mumbai; editing by Ken Ferris)