BHP sells stake in metallurgical coal JV to Stanmore for up to $1.35 billion 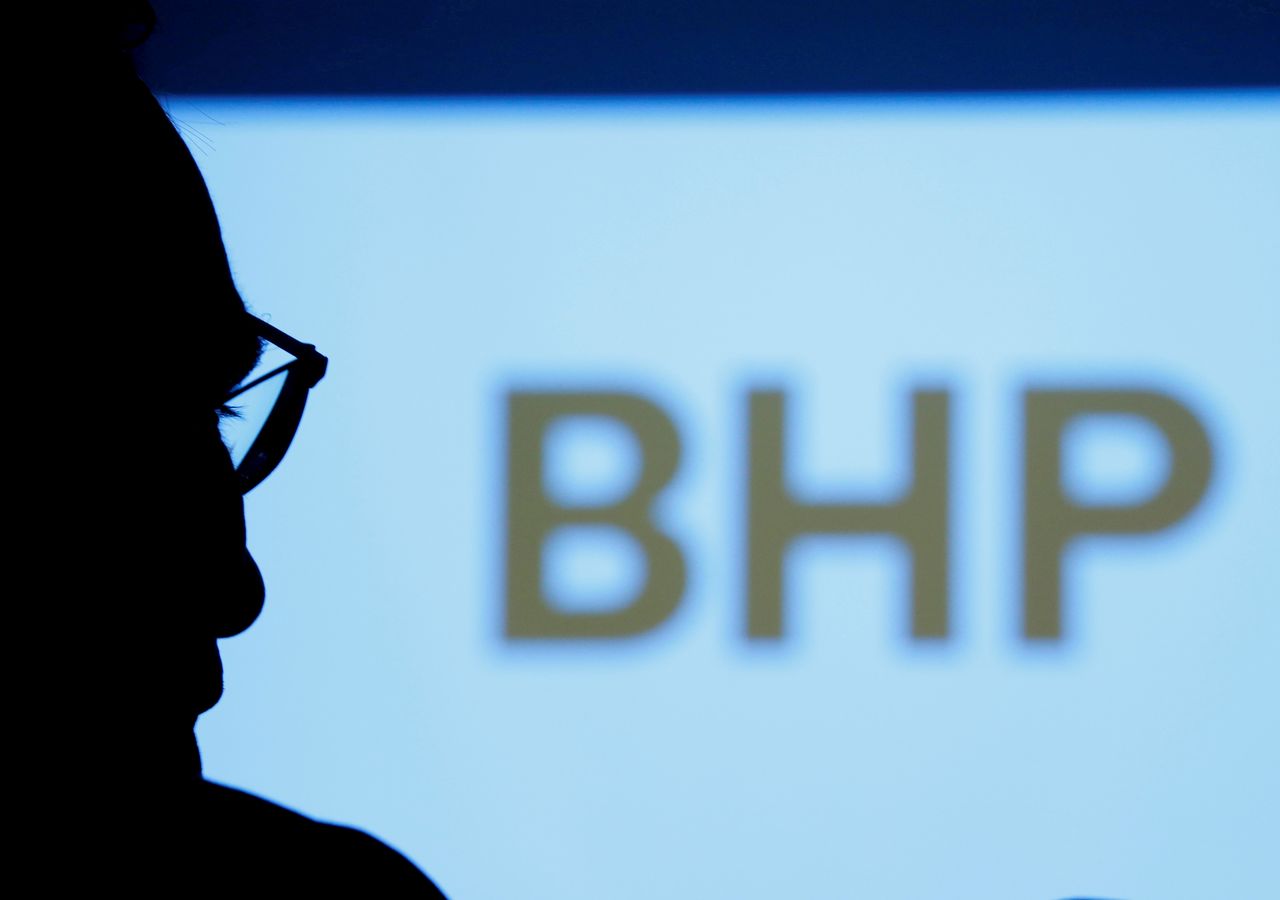 FILE PHOTO: BHP's logo is projected on a screen during a round-table meeting with journalists in Tokyo, Japan, June 5, 2017. REUTERS/Kim Kyung-Hoon/File Photo

(Reuters) -Global miner BHP Group Ltd signed a deal on Monday to sell its stake in BHP Mitsui Coal (BMC), a metallurgical coal joint venture in Queensland, to Stanmore Resources Ltd for up to $1.35 billion, the companies said.

Stanmore, which is majority-owned by Singapore-listed Golden Energy and Resources Ltd, agreed to acquire BHP's 80% stake in BHP Mitsui Coal, which owns and operates two open-cut metallurgical coal mines in the Bowen Basin.

"It's a fair to good price from the (seller's) perspective," said analyst Peter O'Connor of Shaw & Partners in Sydney.

Stanmore will pay $1.1 billion on completion of the sale and an additional $100 million six months after that. There is a potential for up to $150 million in a price-linked earnout, payable in 2024, the companies added.

Stanmore, which has a market capitalisation of $207.1 million, according to data from Eikon, said it intends to fund the acquisition with a $625 million debt facility and a $600 million equity raising. (https://bit.ly/2ZZpgzh)

Golden Energy runs a thermal coal mine in Indonesia and a gold mine in Queensland. It will guarantee Stanmore's obligations and any break fee to up to $600 million.

Analysts at RBC expect BHP to distribute proceeds from the divestment among shareholders via special dividends on completion in mid 2022, supplementing the miner's dividend yield by about 0.8-8% in the year ending in June.

BHP will continue to operate BMC until completion and work with Stanmore during the ownership transition, the miner said in a separate statement https://bit.ly/303nXiv.