By Elizabeth Piper and Valerie Volcovici

GLASGOW (Reuters) - Former U.S. President Barack Obama called on Monday for rich nations to end years of deadlock with developing countries over cash for climate change, and criticised China and Russia for their "lack of urgency" in curbing emissions.

At the start of the second and final week of the U.N. climate talks in Glasgow https://www.reuters.com/business/cop - known as COP26 - ministers got down to the detail of trying to honour promises to pay for https://www.reuters.com/business/environment/climate-finance-could-make-or-break-cop26-summit-heres-why-2021-11-01 climate-linked losses and damages, and to address how to help nations adapt to the devastating effects of climate change.

"We have to act now to help with adaptation and resilience," Obama told a meeting of island nations at the summit, adding that his views on the immediacy of the threat had been shaped by his experience growing up in Hawaii.

Obama said too little progress had been made since the 2015 Paris Agreement to try to curb warming at 1.5 degrees Celsius above pre-industrial levels and lambasted China and Russia for a lack of commitment in making the Glasgow talks a success.

"It was particularly discouraging to see the leaders of two of the world's largest emitters, China and Russia, declined to even attend the proceedings," he said.

Their "national plans so far reflect what appears to be a dangerous lack of urgency and willingness to maintain the status quo on the part of those governments, and that's a shame".

The failure of rich nations to make good on promises to provide help for developing countries has fuelled mistrust, and is seen as a major obstacle to progress in cutting emissions to limit the impact of rising temperatures.

Vanessa Nakate, a 24-year-old Ugandan climate activist attending the Glasgow conference published a video showing Obama had made the same call for action, not words, to help poor nations as long ago as 2009, but with few results in the ensuing years.

"Everyone knows what is to be done," said Kenya's Environment Minister Keriako Tobiko. "There have been too much and too many workshops, retreats and conferences. And it is always 'the time is now', 'the time has come'. Actually there's no more time, let's put the money on the table."

At a U.N. climate summit 12 years ago in Copenhagen, rich nations promised to hand developing countries $100 billion a year by 2020 to help them adapt to climate change.

The target was missed, and at COP26 richer nations have said they will meet the goal in 2023 at the latest, with some hoping it could be delivered a year earlier.

In recent weeks and months, rich nations including the United States, Japan, Spain and Italy have raised their "climate financing" pledges, but some still fall short of what international bodies say is a fair contribution.

The head of Ghana's Environmental Protection Agency Henry Kokofu said negotiations over funds for adaption and resilience in the nations hardest-hit by climate change were not reflecting the levels of ambition publicly voiced by developed countries.

"It's very unfortunate and sad indeed," he said.

While developing countries want more money to help them adapt to higher temperatures https://www.reuters.com/business/cop/whats-difference-between-15c-2c-global-warming-2021-11-07 that have caused more frequent droughts, floods and wildfires, developed nations have been focused on channelling finance towards cutting emissions.

The cost of both is huge, but it will be even higher unless the Glasgow talks can keep alive the Paris goal of capping global temperatures at 1.5C (2.7 degrees Fahrenheit) above pre-industrial levels.

Beyond this level the world risks catastrophic climate impacts. https://www.reuters.com/business/cop/whats-difference-between-15c-2c-global-warming-2021-11-07

"We are nowhere near where we need to be," Obama told the audience, lamenting the lack of progress since Paris.

Aside from China and Russia, the Democratic former president also took aim at U.S. lawmakers from the Republican Party, which he said had expressed "active hostility toward climate science" and made climate change a partisan issue.

"For those listening back home in the U.S., let me say this: It doesn't matter if you're a Republican or a Democrat if your Florida house is flooded by rising seas, or your crops fail in the Dakotas or your California house is burning down," he said.

With activist Greta Thunberg already dismissing the Glasgow talks as a "failure", richer nations need to firm up and make good on the many pledges https://www.reuters.com/business/environment/new-promises-glasgow-climate-talks-2021-11-02 they delivered in the first week of the conference, which is scheduled to finish on Friday.

Underlining the difficulties, COP26 President Alok Sharma said there was a desire among parties "to continue technical work with a renewed urgency to make progress" on climate finance where there were "a large number of outstanding issues".

"My priority now is pace," he added. "There needs to be a sense of urgency in all our negotiations."

Potentially more problematic for rich nations than meeting the $100 billion goal is how they should compensate less developed countries for loss and damages caused by historic emissions, an area where concrete pledges have yet to be made.

Sharma acknowledged that this was a historically polarising issue, but said he believed "the mood music has changed somewhat.

"There is now a practical recognition that action is needed on this topic in the face of growing impacts," he said. 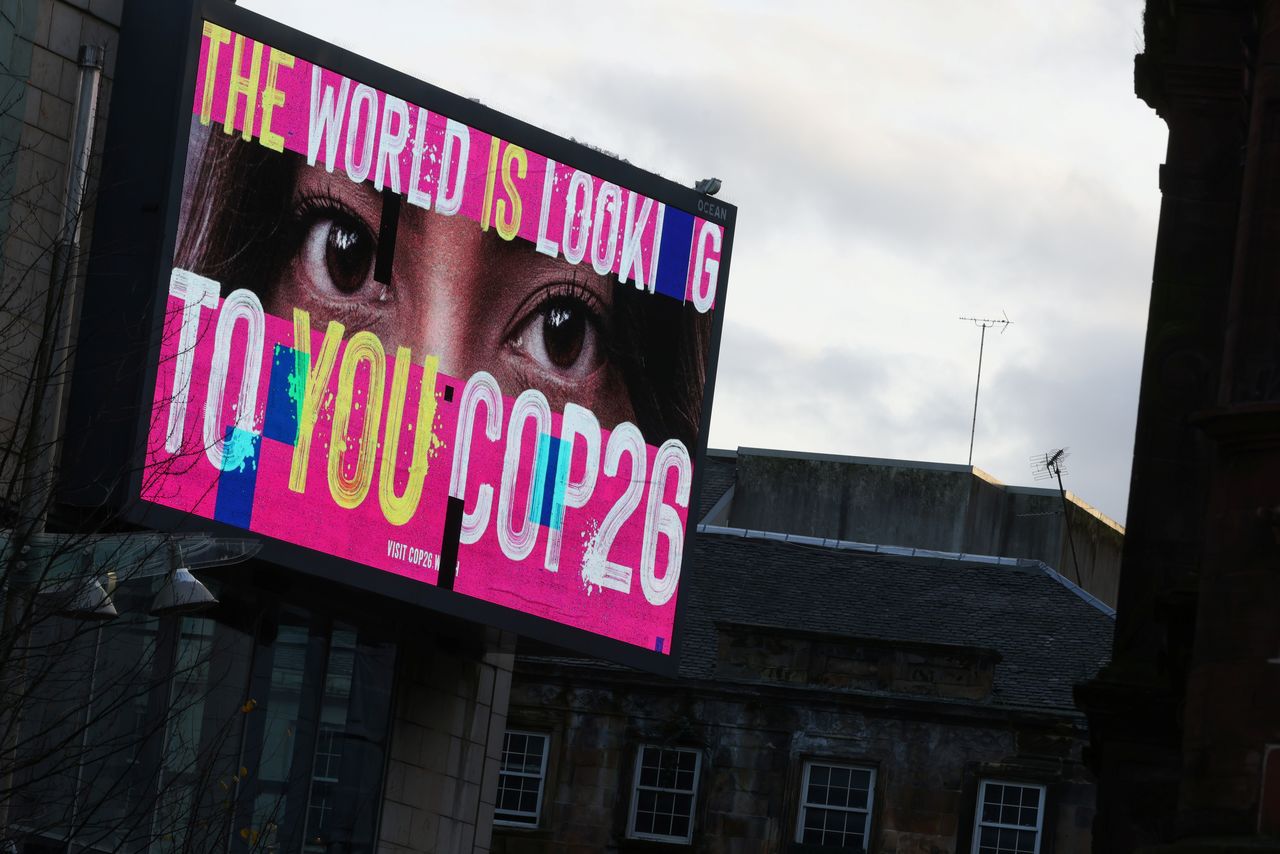 An advertising board is seen during the UN Climate Change Conference (COP26), in Glasgow, Scotland, Britain, November 7, 2021. REUTERS/Yves Herman 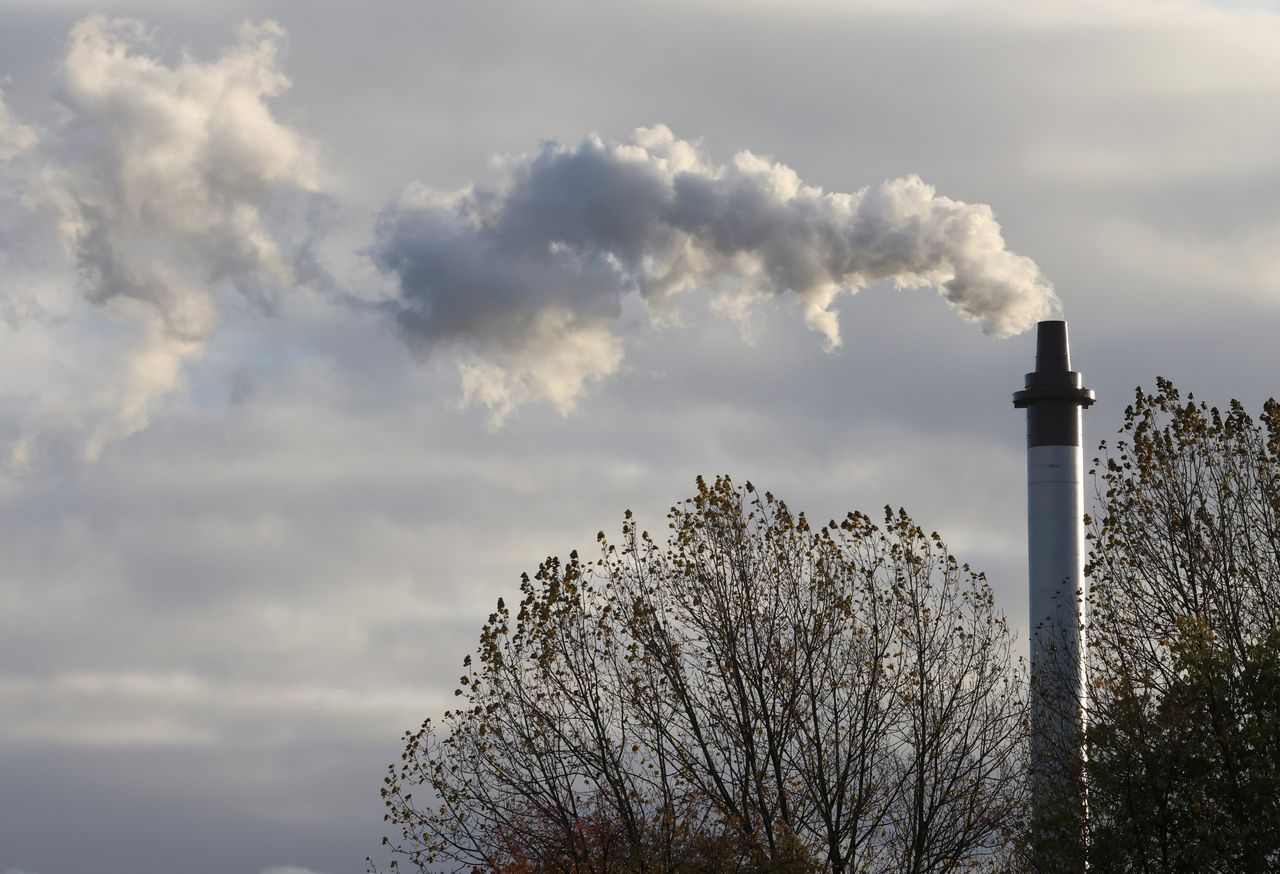