Figure skating-'Gladiator' Kagiyama puts rivals to the sword in Turin 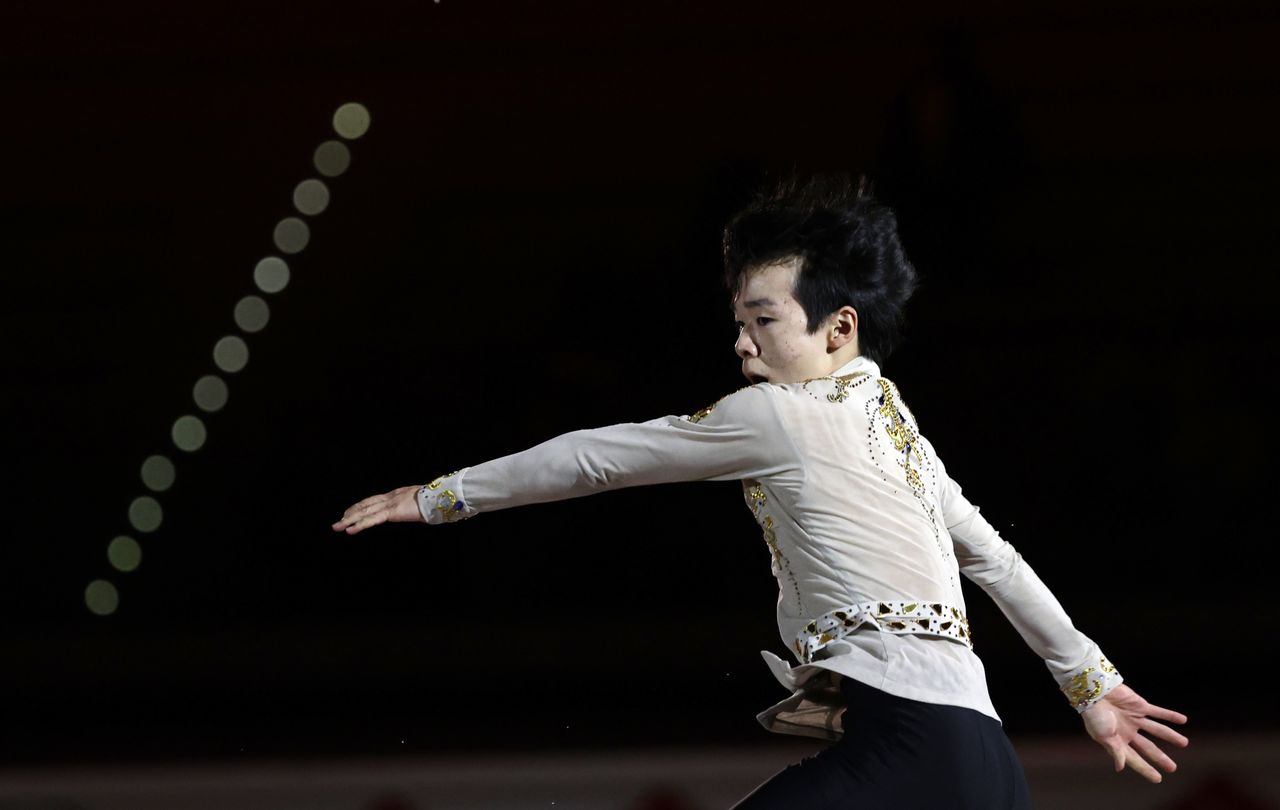 (Reuters) - Japan's Yuma Kagiyama said his come-from-behind victory at the Gran Premio d'Italia in Turin was a good learning experience ahead of the Beijing Winter Olympics after the teenager bounced back from an error-strewn short program to clinch gold.

The 18-year-old was seventh after the short program but delivered a personal best of 197.49 points in the free skate, to the 'Gladiator' soundtrack, for a combined 278.02, enough for his second ISU Grand Prix title.

"Coming into the long program, I didn't even think about being on the podium or getting a good score, I was just planning to do my best," said Kagiyama, a silver medallist at the World Championships earlier this year.

"After the short program I couldn't change my mindset and ... I was feeling low in practice. I didn't know what to do about the situation.

"My coach said let's forget what we did last year, the position, the record. So I shook it off and thought I'm starting from scratch and I'm doing my best and it helped. It's a good experience for me."

"The performance was not ideal, but (my coach) Alexei Nikolaevich said that we are moving in the right direction and I believe him," Kolyada said.

"It's a shame about the mistakes but I liked the emotional part of my performance."