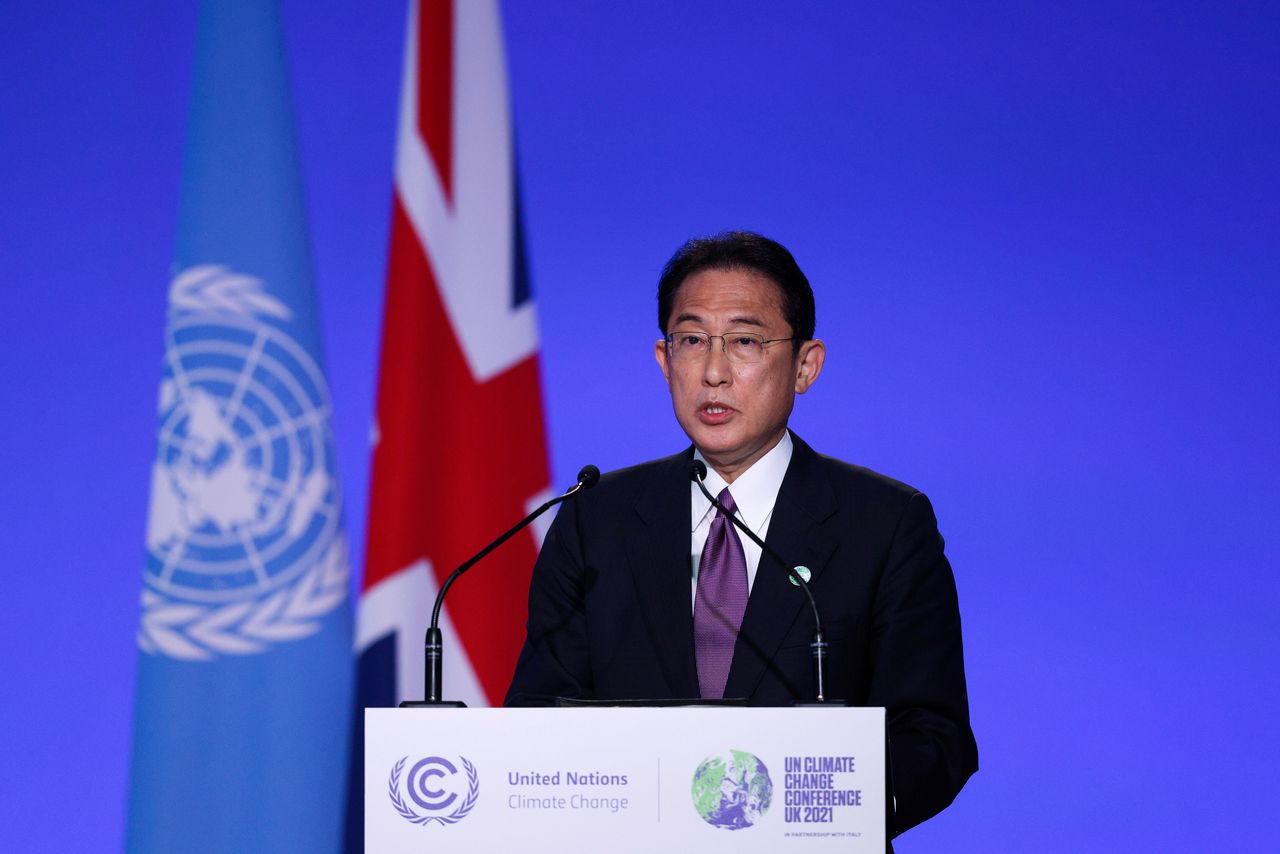 TOKYO (Reuters) -Japanese Prime Minister Fumio Kishida vowed on Monday to establish an $88 billion university fund to promote Japan as a science and technology nation as part of a growth strategy needed to distribute wealth to the wider public.

Some of the growth initiatives, like the university fund, will likely be featured in the planned stimulus package worth several tens of trillion yen that Kishida has pledged to compile around the middle of this month, government officials said.

"We want to put new capitalism into gear by carrying out what needs to be tackled right away with an economic package," Kishida said at the end of a 'new capitalism' panel meeting.

"To promote Japan as a science and technology nation, we will realise a 10-trillion-yen university fund by this fiscal year-end. We will develop clean energy by backing domestic production of storage batteries and promoting electric vehicles."

The panel, in its recommendations, called for the establishment of a separate fund aimed at backing research and development over multiple years on digital transformation and green innovation as pillars of Japan's new growth strategy.

The panel's proposals for Japan's growth strategy, which was presented at its meeting on Monday, made no mention of the scale of the stimulus and extra budget to fund it.

The proposals will lay the groundwork for Kishida's economic policy mix of pro-growth policies of former premier Shinzo Abe's "Abenomics" stimulus steps and will more directly shift wealth from companies to households.

For wealth distribution, the panel urged revamping the tax system in a way that will make it favourable for companies, thus helping to raise pay for employees, through greater tax credit and other measures.

The proposals come as Kishida's government is considering an economic stimulus package worth more than 30 trillion yen ($265 billion) to ease the pain from the COVID-19 pandemic, a plan which would require the issuing of new bonds, Kyodo news reported.

Kishida has also pledged to put economic security among his policy priorities, including boosting the domestic output of semiconductors.

To this end, the panel called for the creation of a strong supply chain and construction of domestic chip factories with state support over the coming years.

The government is likely to subsidise up to half of Taiwan's TSMC's estimated 1-trillion-yen ($8.82 billion) investment for building a chip plant in Kumamoto, southern Japan, the Nikkei has reported.