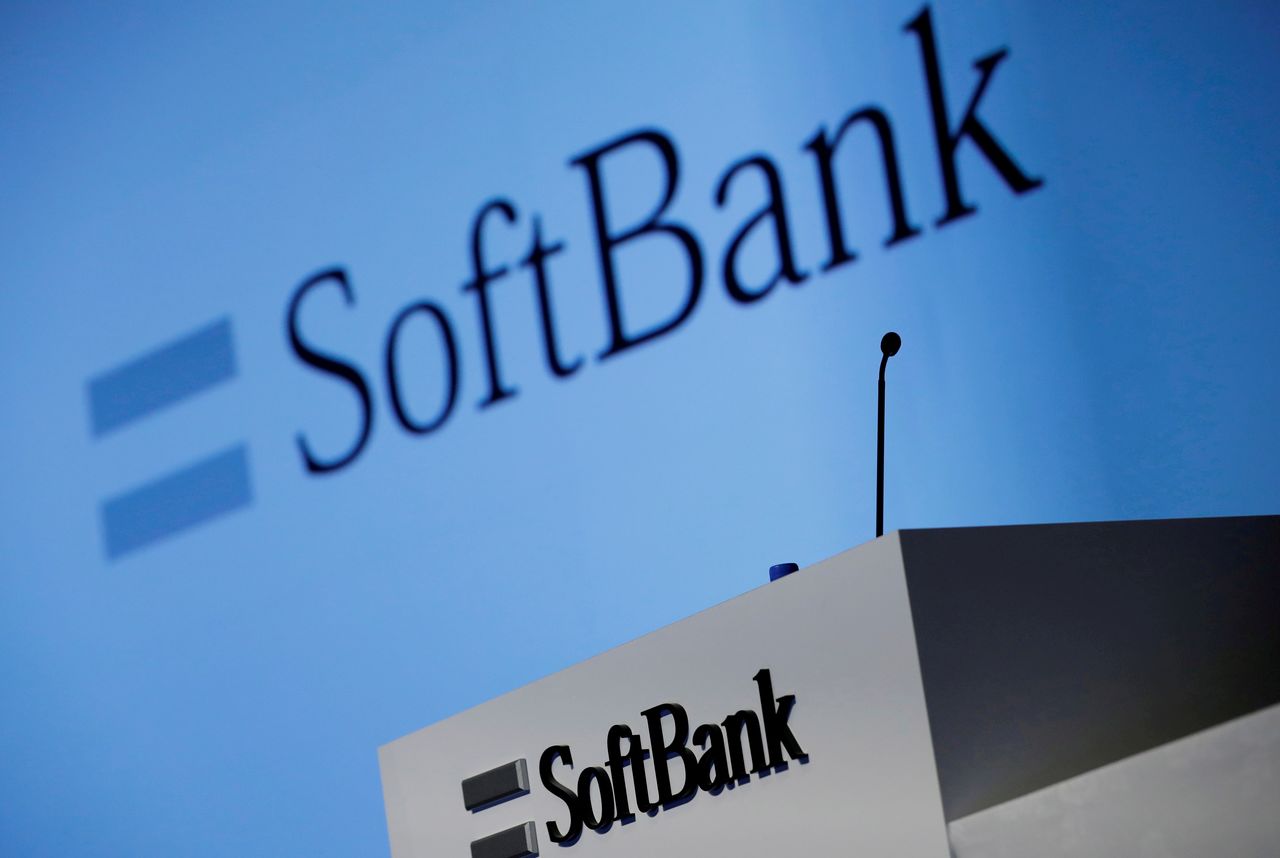 TOKYO (Reuters) - SoftBank Group Corp shares jumped 10.5% on Tuesday, the first trading session after the Japanese conglomerate said it would spend up to 1 trillion yen ($8.8 billion) buying back almost 15% of its shares.

The company announced the buyback, long speculated about by the market, after it revealed its quarterly earnings crashed to a loss amid a decline in the share prices of its portfolio companies and a regulatory crackdown in China.

SoftBank's shares closed at 6,808 yen in its biggest daily rise in 11 months, lifting the group's market capitalization above $100 billion. Tuesday's trading volume was more than twice the 30-day average.

The buyback is SoftBank's second largest after a record 2.5 trillion yen buyback launched during the depths of the COVID-19 pandemic last year. Shares of the tech group quadrupled during that buyback, but have since fallen 40% from a peak in May.

"Our analysis of buyback history indicates that SBG stock performs (and outperforms indices or BABA) during buybacks," wrote Jefferies analyst Atul Goyal in a note, referring to Alibaba, the group's largest asset. SoftBank owns about a quarter of Alibaba's shares.

The slide in the Chinese e-commerce giant's shares and the broader regulatory backlash in China contributed to a $57 billion fall in SoftBank's net assets to $187 billion, a metric that Chief Executive Masayoshi Son has said is the primary measure of SoftBank's success.

The repurchase period for the latest buyback runs to Nov. 8 next year, with the group signalling the programme could take longer than the fast-paced purchases last year.

Speculation that SoftBank could launch a buyback has been raging for months as the discount - the gap between the value of its assets and its share price - has lingered to the frustration of executives and as investors push for repurchases.

Ongoing uncertainties include the prospect of gaining regulatory approval for the $40 billion sale of chip designer Arm to Nvidia.

Delays to the sale "may have given Softbank the flexibility to announce a buyback now with expectations of ramping up share purchases later," Redex Research analyst Kirk Boodry wrote in a note.

SoftBank is ramping up investing via Vision Fund 2, which has $40 billion in committed capital from the group and Son himself, even as it winds down activity at trading arm SB Northstar.

"Even if the company manages its finances with a certain amount of discipline, share buybacks would likely erode the financial buffer if executed," S&P Global Ratings analysts wrote in a note.

The conglomerate held more than 5 trillion yen in cash and cash equivalents at the end of September, an increase of 9% compared to six months earlier.