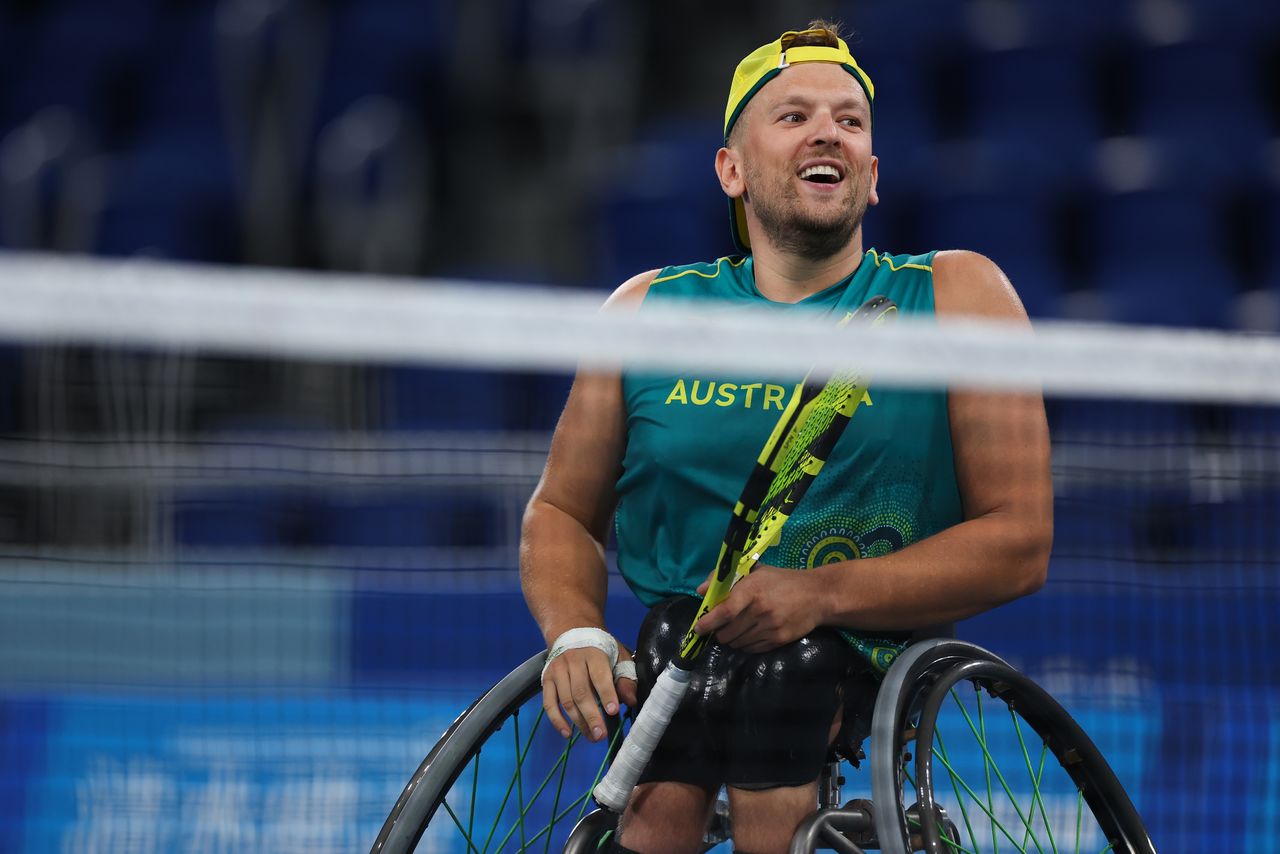 MELBOURNE (Reuters) - Wheelchair tennis world number one Dylan Alcott will bid for a record-extending eighth successive Australian Open title at his home Grand Slam before bowing out of the sport, he said on Tuesday.

The 30-year-old Melbourne man will look to go out on a high after having completed the "Golden Slam" in 2021, winning all four of the quad singles titles at the Grand Slams and a second successive Paralympics gold at Tokyo.

"Without tennis I wouldn’t be here sitting and talking with you today, potentially sitting here at all.

"I owe it everything, and what better way to finish in my home city in front of crowds, big, big crowds after the year that we had, the last couple of years. It’s going to be incredible."

The 15-times Grand Slam champion, a prominent media personality in Australia, said he was "spinning too many plates" and wanted the next generation to have a chance to shine.

"I feel redundant, I feel old, I feel a bit washed up," he said.

"It’s their turn to dominate and get the recognition they deserve, so really looking forward to getting out there and doing my thing one more time, and hopefully making it 16 (Grand Slams)."

Alcott, who chugged a beer out of his U.S. Open trophy to the delight of fans at Flushing Meadows in September, sprayed champagne on a Melbourne Park court after announcing his retirement and took a big swig from the bottle.

"Being a good tennis player is probably the 32nd priority in my life," said Alcott, an outspoken advocate for disabled people's rights.

"Being a good person is number one .. And being a good advocate for my community to change perceptions for people like me so they can live the lives they deserve to live and get the opportunities I’ve had."