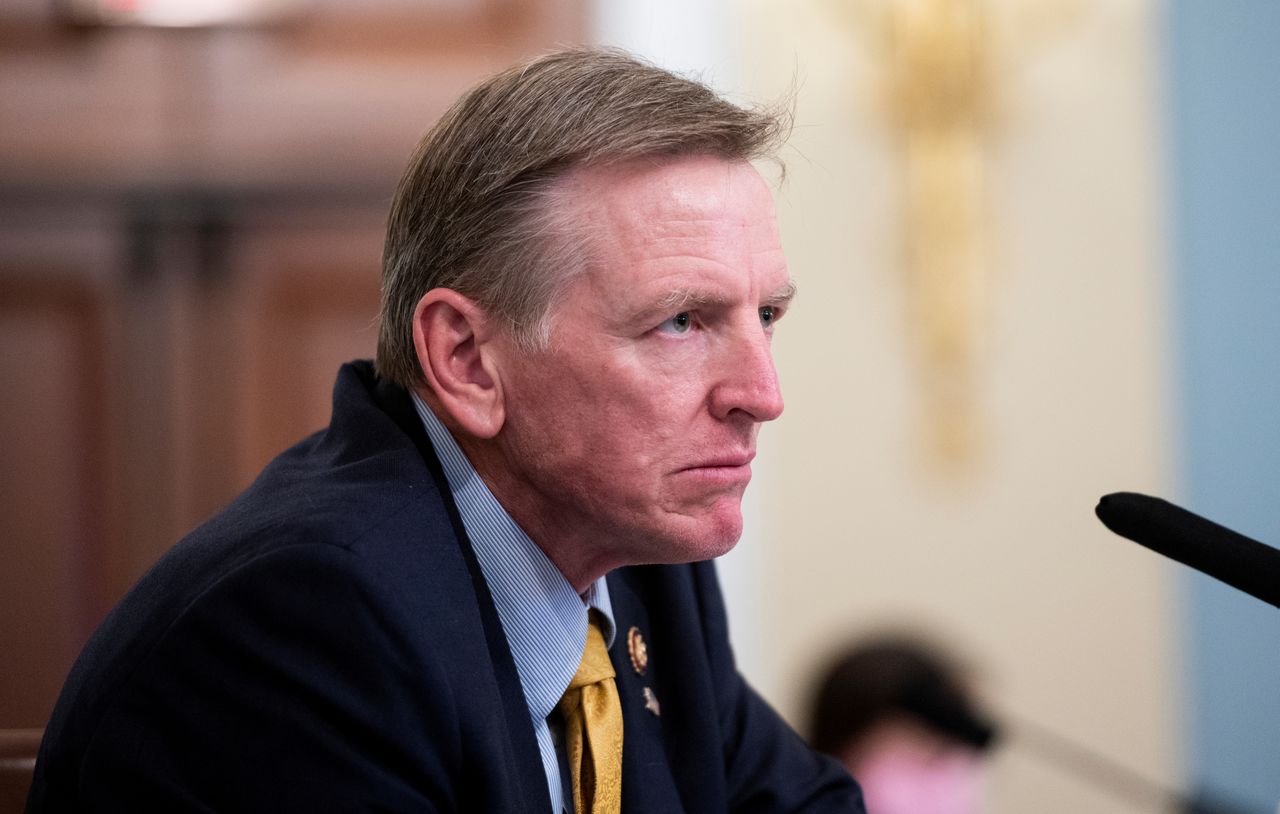 "This should not be happening, and we should be condemning it," White House spokesperson Karine Jean-Pierre said.

"Threats of violence against Members of Congress and the President of the United States must not be tolerated," Pelosi said in a statement on Twitter.

House Republican Leader Kevin McCarthy's office did not respond to requests for comment.

The 90-second video shared by Gosar on Sunday appears to be an altered version of a Japanese animated series.

But Gosar appeared unbowed. "I will always fight for the rule of law, securing our borders and defending the America First agenda," the lawmaker said in a statement.

The Arizona Republican, a staunch ally of former President Donald Trump, voted against certifying Biden's 2020 election victory in January, has backed Trump's claims of a stolen election and has described Trump supporters who attacked the Capitol on Jan. 6 as "peaceful patriots."

Ocasio-Cortez responded to Gosar's tweet with a Twitter https://bit.ly/303BCX8 thread noting the video posted by a "creepy member I work with," and said she expected no consequences for Gosar from the House Republican leader.

Other Democrats called for Gosar to leave office.

"In any other job in America, if a coworker made a video killing another coworker, that person would be fired," members of the House Democratic Policy and Communications Committee said in a statement.

(Reporting by David Morgan and Trevor Hunnicutt in Washington and by Shivam Patel in Bengaluru; additional reporting by Susan Cornwell; editing by Andy Sullivan and Jonathan Oatis)