Soccer-Australia to 'get in faces' of Saudi Arabia in World Cup qualifier: Arnold 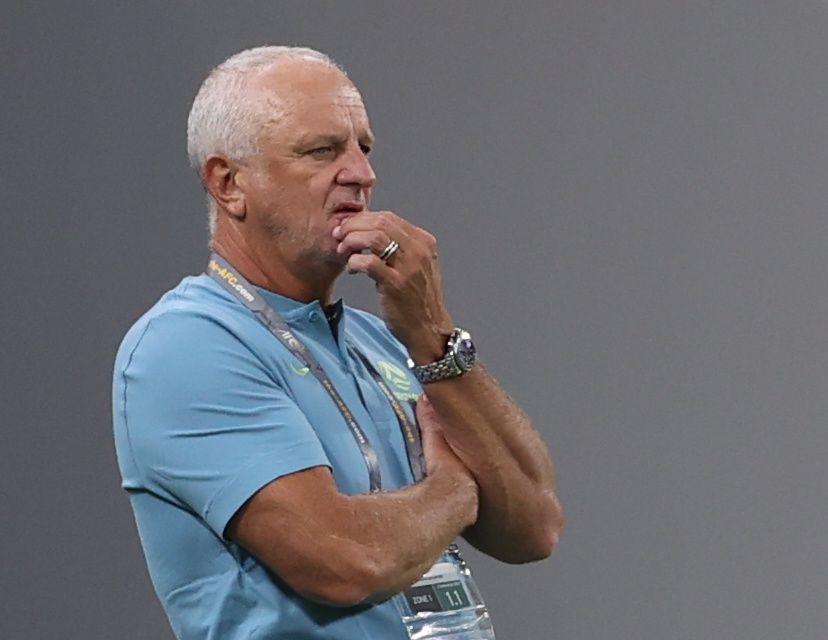 MELBOURNE (Reuters) - Australia will look to put Saudi Arabia on the back foot from the first whistle in their pivotal World Cup qualifier in Sydney, coach Graham Arnold said on Wednesday.

Saudi Arabia, the only side with maximum points in the current phase of Asian qualifying, lead Australia by three points at the top of Group B after four straight wins.

The top two from the group qualify automatically for the 2022 World Cup in Qatar while the third-place finishers enter a series of playoffs.

"We know that Saudi’s been on a good run and we also know they’ve played a lot of games at home in that run," Arnold told reporters ahead of Thursday's clash at Western Sydney Stadium.

"So I expect our mentality tomorrow night will be to get in their faces and to make sure that we’re on the front foot right from the start and not give them any time to play."

Australia, who lost to Japan 2-1 in Saitama in their last qualifier, are missing the playmaking duo of Tom Rogic and Aaron Mooy but will have home fan support for the first time in over two years.

With the country having shut its borders in early 2020 after the outbreak of COVID-19, a number of Arnold's overseas-based players caught up with family members this week for the first time in years.

"Controlling that (emotion) is something that I've been working on extremely hard," said Arnold.

"I believe that the greatest energy that can be given to the players is to see their family.

"Knowing that their families (are) obviously there behind them but also that they will be in the grandstand, that's the best energy they could ever have -- rather than coming here and not being able to see them until after the game."

The home-based players are still only in pre-season but Leckie said the adrenaline of playing for local fans could make up for a lack of match fitness.

"Sometimes regardless of how you feel physically, it’s more of a mental thing," he said.

"We’ll definitely be coming out here with a heap of energy."