Factbox - Latest on the worldwide spread of the coronavirus 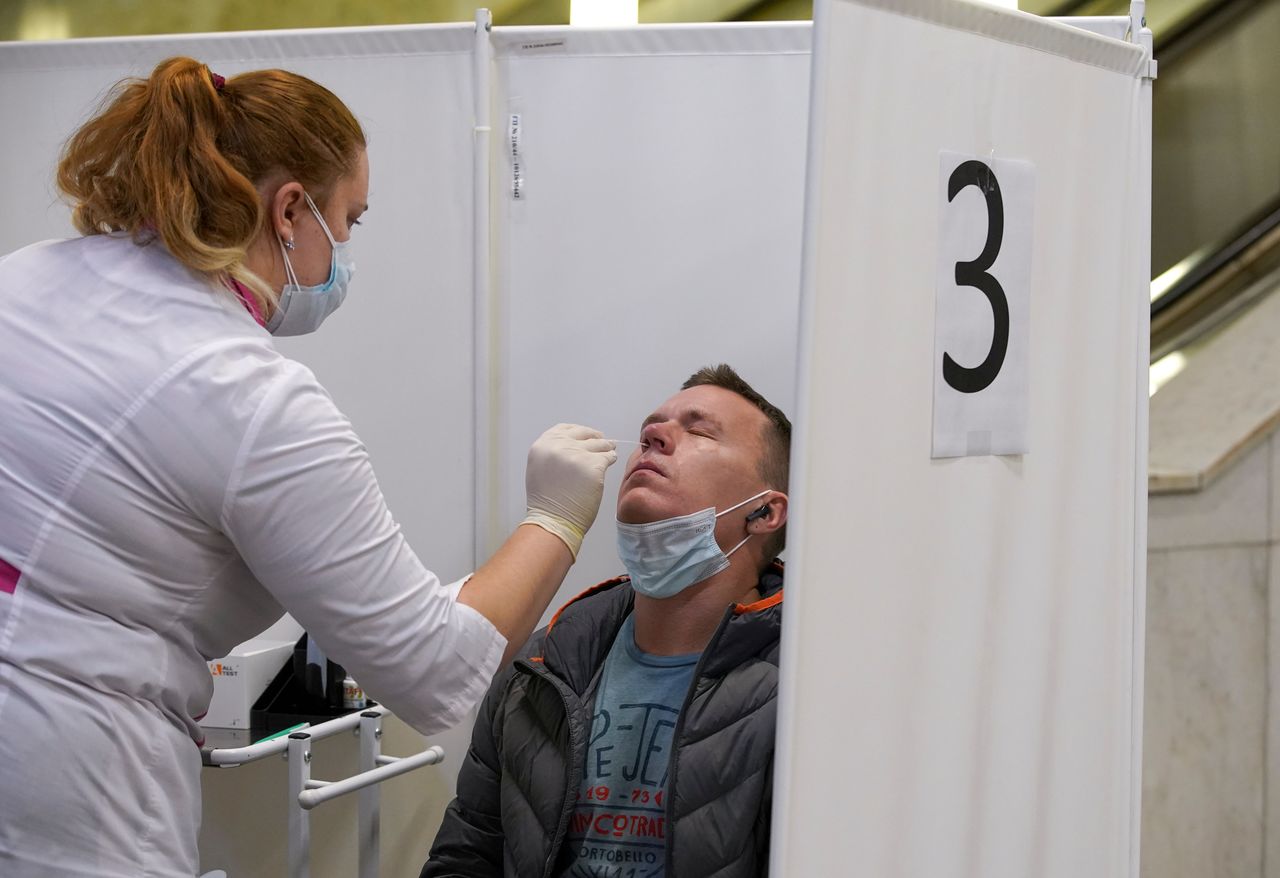 FILE PHOTO: A medical specialist administers a nasal swab to a man at a COVID-19 rapid testing centre located at a metro station amid the outbreak of the coronavirus disease in Moscow, Russia November 9, 2021. REUTERS/Tatyana Makeyeva

(Reuters) - The Americas is facing an impending crisis in routine vaccinations because of the COVID-19 pandemic, the Pan American Health Organization said, and vaccinations against the coronavirus are behind where they should be.

* France is at the beginning of a fifth wave of the epidemic, Health Minister Olivier Veran said.

* Russia's deaths hit a record in the previous 24 hours, two days after most of its regions emerged from a week-long workplace shutdown.

* People aged under 30 in Germany should only receive the Biontech/Pfizer vaccine as it causes fewer heart inflammations in younger people than the Moderna shot, an advisory committee said.

* Over 900,000 U.S. children aged 5 to 11 are expected to have received their first COVID-19 shot by the end of Wednesday, the White House said, as the government ramped up vaccinations of younger children.

* The United States has brokered a deal between Johnson & Johnson and the COVAX vaccine-sharing program for the delivery of the company's COVID-19 vaccine to people living in conflict zones.

* U.S. National Institutes of Health scientists played "a major role" in developing Moderna's vaccine and the agency intends to defend its claim as co-owner of patents on the shot, NIH Director Dr. Francis Collins told Reuters.

* Thailand said it will set aside up to 500,000 doses of vaccines for foreign workers.

* Vietnam will by the end of this month have sufficient vaccines to cover its population, a deputy prime minister said, as the country approved India's Covaxin vaccine for emergency use.

* Bahrain will cancel working with its coronavirus travel red list from Nov. 14.

* French vaccines company Valneva won European Commission approval for a deal to supply up to 60 million doses of its vaccine candidate over two years.

* Merck and partner Ridgeback Biotherapeutics said Japan will pay about $1.2 billion for 1.6 million courses of their COVID-19 antiviral pill molnupiravir.

* San Francisco Federal Reserve Bank President Mary Daly said she expects high inflation to moderate once COVID-19 recedes, and repeated that it would be "quite premature" to raise rates now or even to speed up the Fed's bond-buying taper.