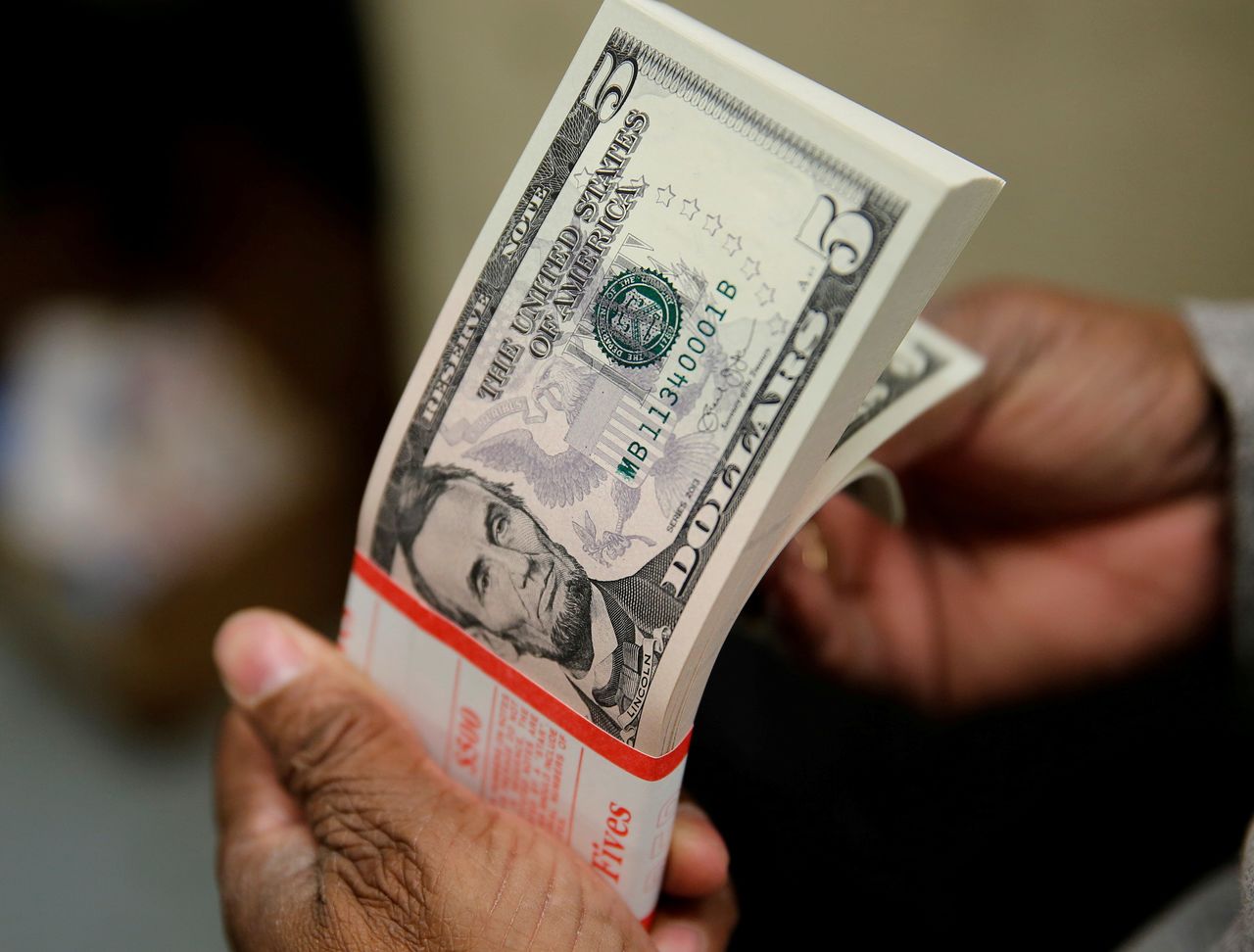 FILE PHOTO: A packet of U.S. five-dollar bills is inspected at the Bureau of Engraving and Printing in Washington March 26, 2015. REUTERS/Gary Cameron//File Photo/File Photo

NEW YORK (Reuters) - The dollar rose to almost 16-month highs against the euro and other currencies on Thursday, after the hottest U.S. inflation reading in 30 years encouraged bets that the Federal Reserve would tighten monetary policy faster than expected.

News on Wednesday that U.S. consumer prices rose last month at the fastest annual pace since 1990 fueled speculation that the U.S. central bank would lift interest rates sooner than expected as traders question its stance that current high inflation is "transitory."

"It feels like we're still trading the repercussions of the CPI," said Vassili Serebriakov, FX strategist at UBS in New York.

"The path of least resistance in the short term appears to be dollar higher. ... Stronger inflation weakens the transitory narrative, which means the Fed might need to tighten sooner."

Sterling was down 0.31% at $1.3363 after hitting $1.3359, its lowest since December 2020. Data showing Britain's economy lagging rivals in the July-September period did little to help.

The greenback was last up 0.15% against the Japanese yen, trading in a range of 113.81 yen to 114.15 yen during the day after the U.S. currency rose sharply on Wednesday.

The dollar scored its second straight day of gains against another safe haven, the Swiss franc, last up 0.40% at 0.9217.

Swiss National Bank governing board member Andrea Maechler said at an event late on Thursday the Swiss franc remained in demand as a safe haven investment with market uncertainties elevated due to the ongoing COVID-19 pandemic.

Turkey's lira tumbled to a record low of 9.975 to the dollar after the U.S. inflation reading, and on growing expectations that Turkey will cut rates again soon.