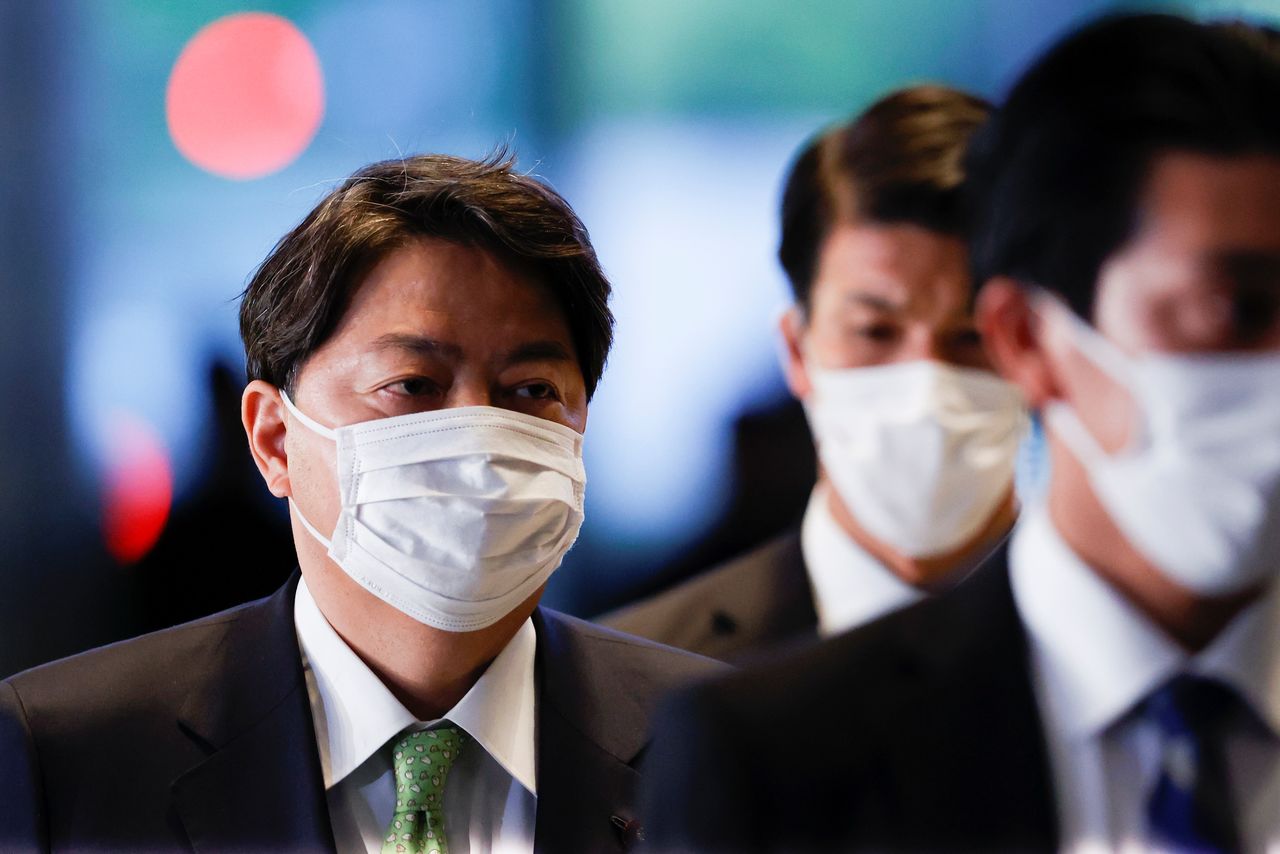 TOKYO (Reuters) - Japan's new foreign minister said on Thursday it was important to build constructive and stable ties with China while calling for responsible behaviour from its giant neighbour.

Staunch U.S. ally Japan has recently been more outspoken on questioning China's assertiveness on issues such as the disputed South China Sea and self-ruled Taiwan, which China claims as its territory.

Yoshimasa Hayashi, in his first news conference as foreign minister, stressed the importance of constructive, stable relations with China.

"Ties between Japan and China are increasingly important not just for our two countries, but for the peace and prosperity of the region and the international community," Hayashi said.

"We need to assert and ask for responsible behaviour while at the same time, maintain dialogue and firmly cooperate on shared challenges," he said.

He did not elaborate on what he meant by responsible behaviour.

Ties between Japan and China have been plagued for years by a territorial dispute over a group of tiny East China Sea islets as well as the legacy of Japan's past military aggression.

Hayashi said time was not ripe to set a date for a visit to Japan by Chinese President Xi Jinping because of the coronavirus pandemic.

A state visit by Xi was originally scheduled for 2020 but was postponed because of the coronavirus.

Hayashi also said he would step down as head of the Japan-China Parliamentarians' Friendship League to avoid "unnecessary misunderstanding".

There have been doubts among conservative lawmakers in the ruling Liberal Democratic Party that Hayashi, as the head of the league, could take a firm stand on China, media has said.

Yuko Obuchi, a former trade minister and daughter of former prime minister Keizo Obuchi, would take over as head of the league, the Kyodo news agency reported.