Toshiba’s lurch from crisis to crisis since 2015 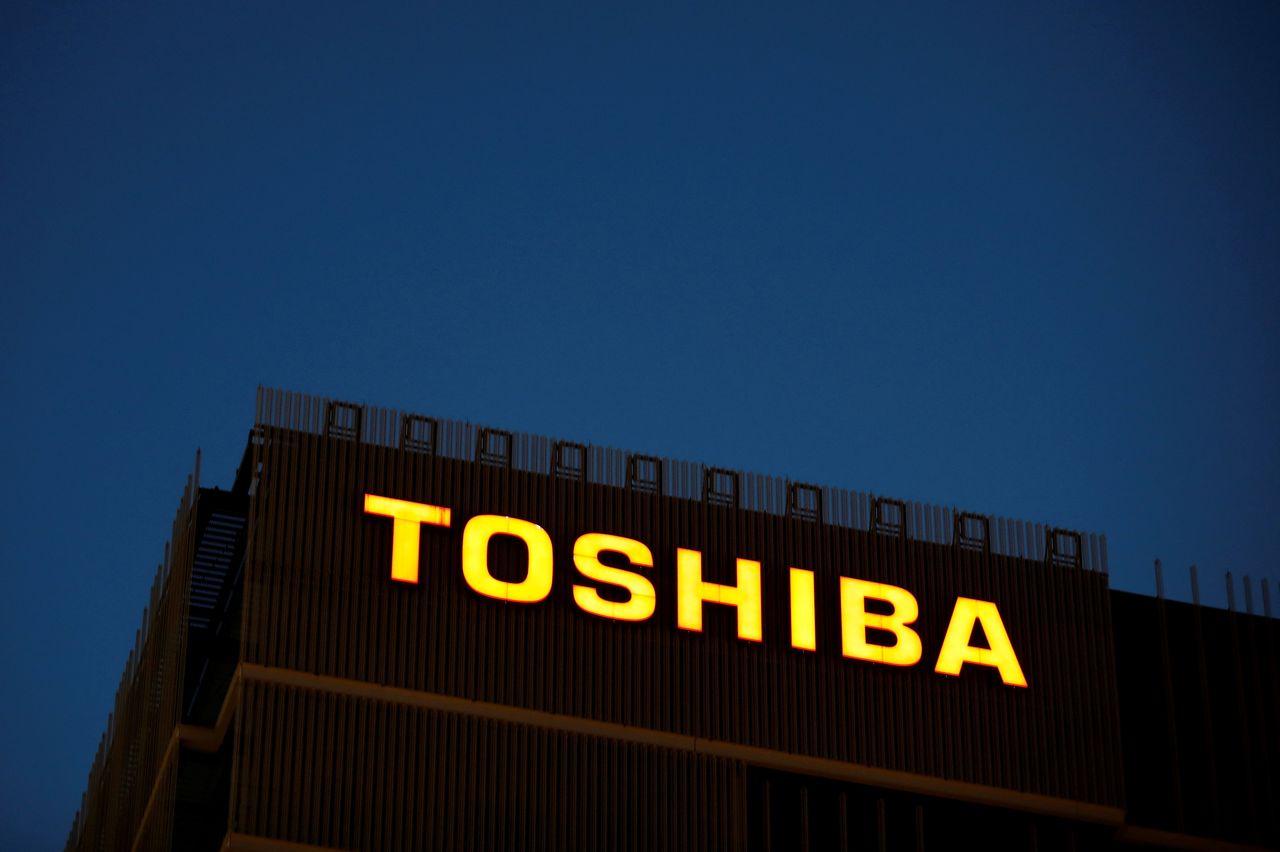 TOKYO (Reuters) - Toshiba Corp plans to unveil a new business strategy on Friday. The once-storied conglomerate has been battered by accounting scandals, massive writedowns for its U.S. nuclear business, the sale of its prized chip unit and it was also found to have colluded to prevent overseas investors from gaining influence.

Here is a timeline of Toshiba’ woes since 2015.

Dec. 2016 - Toshiba flags it will take a charge of several billion dollars in relation to a nuclear power plant construction company that its U.S. unit, Westinghouse Electric, had bought a year earlier.

March 2017 - Westinghouse files for Chapter 11 bankruptcy protection due to billions of dollars in cost overruns and years-long delays at U.S. power projects. Faced with over $6 billion in liabilities linked to Westinghouse, Toshiba decides to put its prized chip unit, Toshiba Memory, up for sale.

Sept. 2017 - Toshiba agrees to sell the chip unit to a consortium led by Bain Capital for $18 billion, a deal under which Toshiba retains a large stake. Worried it could be delisted for having liabilities exceed assets for a second straight year, Toshiba is desperate to close the deal by the end of the financial year in March. But it is caught up in a prolonged legal dispute with chip joint venture partner Western Digital Corp over the sale and antitrust reviews are expected to take months.

Dec. 2017 - Toshiba secures a $5.4 billion cash injection from 30-plus overseas investors that helps it avoid a delisting but brings in prominent activist shareholders including Elliott Management, Third Point and Farallon. It settles the dispute with Western Digital.

June 2019 - Bowing to pressure from activist investors, Toshiba invites four non-Japanese directors to its board.

Sept. 2020 - Toshiba discloses more than 1,000 postal voting forms for its AGM went uncounted. The bank that counted the votes, Sumitomo Mitsui Trust Bank, later reveals widespread failure to count all valid votes at AGMs of its client firms over the past two decades.

March 2021 - Shareholders approve an independent investigation into allegations that investors were pressured ahead of the previous year’s AGM.

April 2021 - CVC Capital Partners makes an unsolicited $21 billion offer to take Toshiba private. A week later, CEO Kurumatani resigns amid controversy over the CVC bid, which was perceived by some within company management as designed to shield him from activist shareholders. Toshiba’s subsequent dismissal of the CVC offer, however, angers some activist shareholders.

June 10, 2021 - The shareholder-commissioned investigation concludes Toshiba colluded with Japan’s trade ministry - which sees Toshiba as a strategic asset due to its nuclear reactor and defence technology - to block overseas investors from gaining influence at the 2020 shareholders meeting.

June 25, 2021 - Shareholders oust board chairman Osamu Nagayama after critics accuse the board of failing to address the allegations about pressuring overseas investors. Toshiba pledges to undertake a full review of assets and engage with potential investors.

Nov. 12, 2021 - Toshiba to announce a new business strategy. It is considering splitting into three companies focused separately on infrastructure, devices and memory chips, which could address the firm’s persistent conglomerate discount.