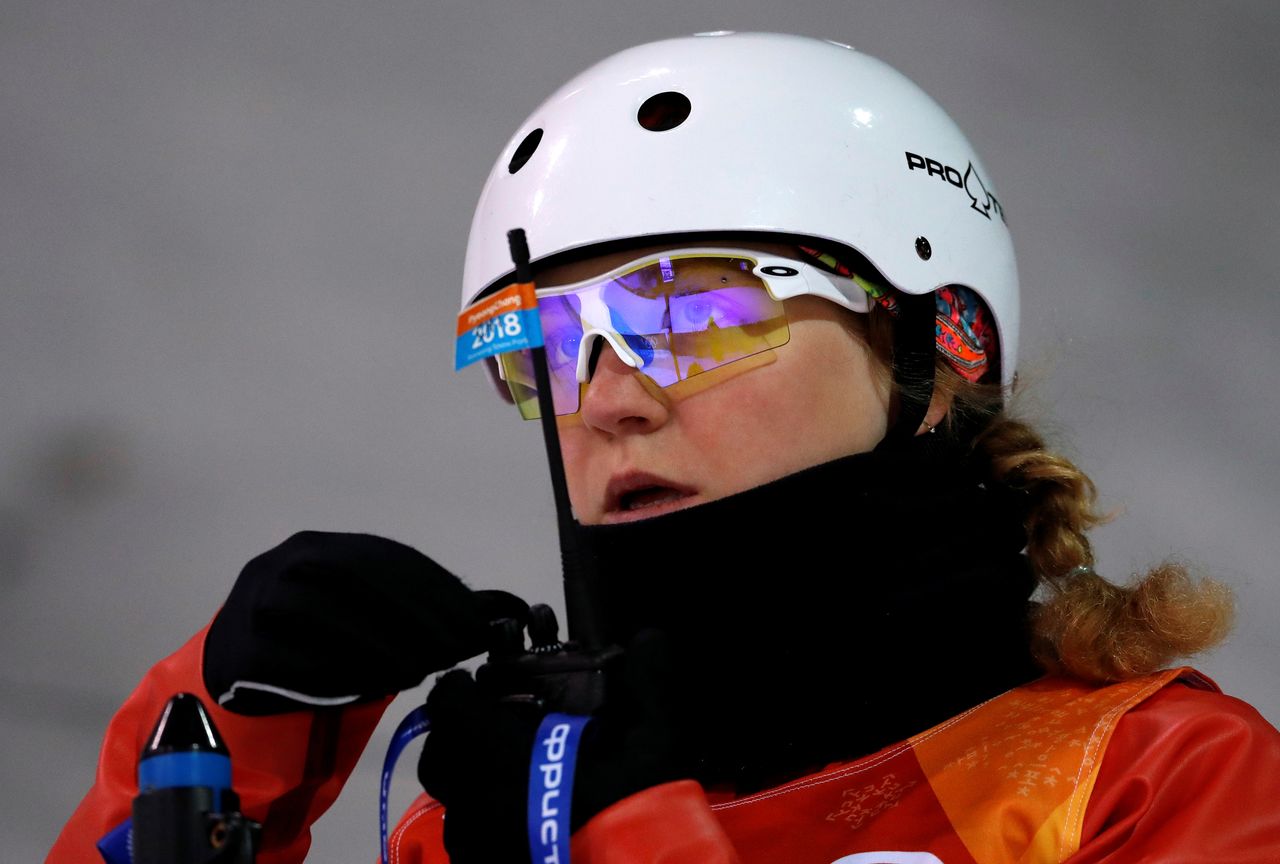 MOSCOW (Reuters) -Belarusian police released freestyle skier Aliaksandra Ramanouskaya on Thursday after fining her for allegedly violating protest laws, according a foundation that supports athletes jailed or sidelined for their political views.

The Belarusian Sport Solidarity Foundation said Ramanouskaya, the 2019 world champion in aerials, was detained after a training session in Minsk on Wednesday.

She was fined more than $1,000 on Thursday for her alleged offences, the foundation said.

The Minsk police confirmed that the 25-year-old, who competed in the 2018 Winter Olympics in Pyeongchang, South Korea, had been detained for an administrative offence but gave no details on the alleged infraction.

Interior Ministry officials could not immediately be reached for comment.

Ramanouskaya is among the signatories of an open letter of protest signed by more than 2,000 Belarusian sports figures, coaches and athletics personnel, that condemned as fraudulent the 2020 presidential election that saw Alexander Lukashenko retain power. He denies accusations that the vote was rigged.

The letter, which demanded a re-run of the vote, also called for the release of all those detained during mass street protests which erupted across Belarus after the election and which the authorities quashed.

A number of Belarusian athletes who took part in the protests or voiced support for the opposition - including Olympic decathlete Andrei Krauchanka and basketball player Yelena Leuchanka - were detained and served stints in jail.

Others lost their state employment or were kicked off national teams.

At the Tokyo Olympics this year, Belarusian sprinter Krystsina Tsimanouskaya refused to board a flight back home when she was removed from the Games against her will by her team after she publicly complained about national coaches.

She defected to Poland, saying she feared for her safety if she returned to Belarus.

(Reporting by Gabrielle Tétrault-Farber in MoscowAdditional reporting by Karolos Grohmann in BerlinEditing by Gareth Jones, Peter Graff and Andrei Khalip)