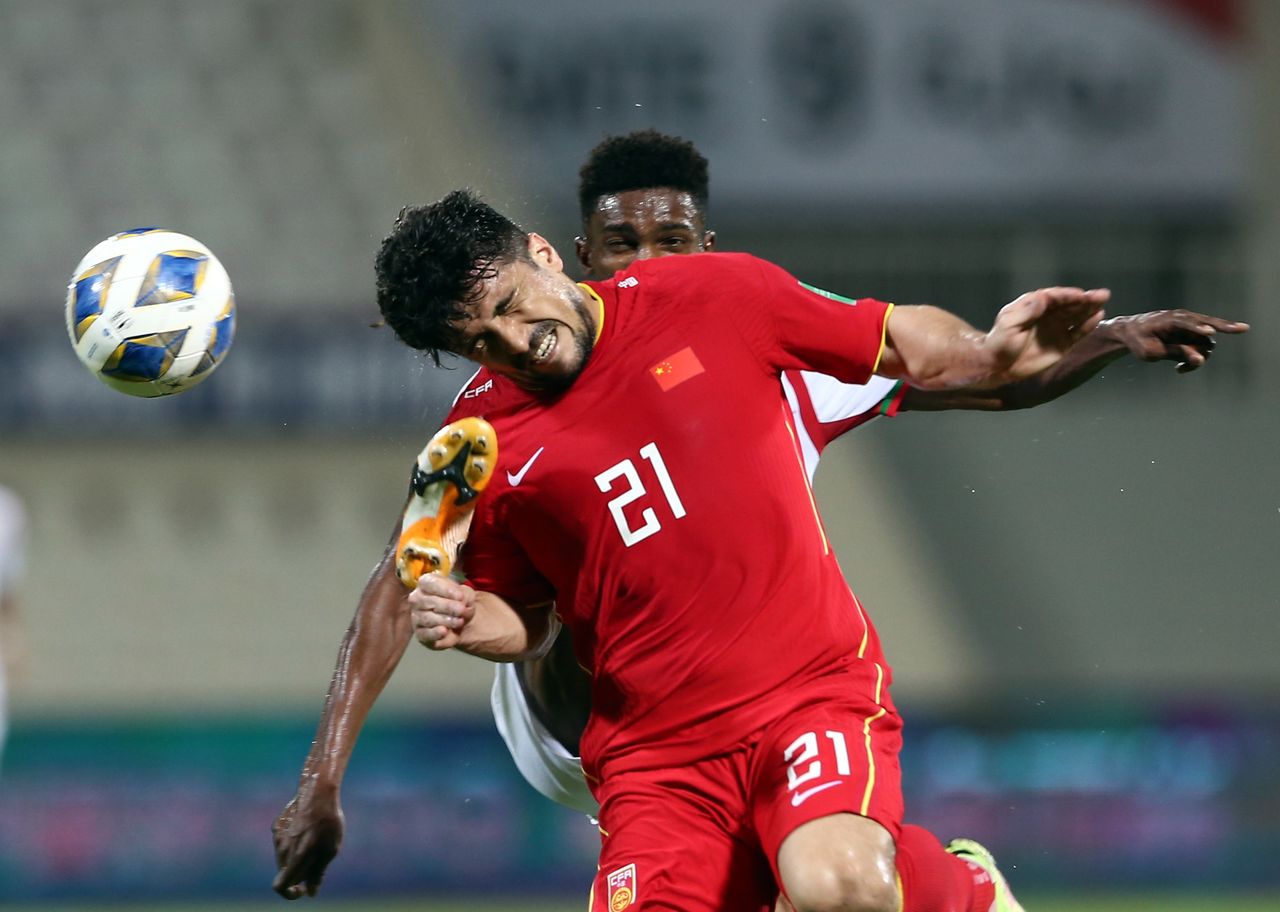 HONG KONG (Reuters) - China's hopes of qualifying for the World Cup suffered another blow on Thursday as a header from Oman's Amjad Al Harthi 15 minutes from time earned a 1-1 draw with Li Tie's side.

The Chinese, needing a win to keep pace with the teams above them in Group B of Asia's preliminaries for Qatar 2022, remain in fifth place in the six-nation standings, nine points behind leaders Saudi Arabia with four points from five games.

Oman are fourth on seven points as the qualifiers reach the halfway point, but are now two points behind third-placed Japan.

The top two finishers in each of the two groups in Asia's preliminaries qualify automatically for the finals, while the third-placed nations enter a series of playoffs for a possible fifth Asian berth at the World Cup.

China took the lead through Wu Lei after 21 minutes when the striker netted for the third time in two matches at Sharjah Stadium, where Li's team have been forced to play their home matches due to strict quarantine regulations in China.

The forward was quickest to react after Zhu Chenjie rose to meet Xu Xin's corner, with Wu poking in from seven metres.

Luo Guofu almost doubled China's lead later in the half, only for Omani goalkeeper Faiyz Al Rashidi to save the Brazil-born striker's downward header at full stretch.

Branko Ivankovic's side fought back in the second half and goalkeeper Yan Junling was unable to keep out Al Harthi's delicately flicked header 15 minutes from time.

Saudi Arabia lead Group B by three points despite being held to a 0-0 draw by Australia in Sydney on Thursday, while Japan's 1-0 victory over Vietnam moved Hajime Moriyasu's side within a point of the second-placed Socceroos.

In Group A, a late penalty earned Dick Advocaat's Iraq a 1-1 draw with Syria in Doha as they moved up to fourth place.

Omar Al Somah had put the Syrians in front with a near-post volley 10 minutes from time but Amir Al Ammari converted a penalty six minutes later to equalise for Iraq after a lengthy VAR check following a foul on Ali Al Hamadi by Ahmad Ashkar.

The draw was Iraq's fourth in five games and their tally of four points moves them ahead of the United Arab Emirates and within a point of third-placed Lebanon.

Iran remain in pole position with 13 points following a late 2-1 win over the Lebanese, while South Korea are two points behind in second after they defeated the UAE 1-0 in Goyang.