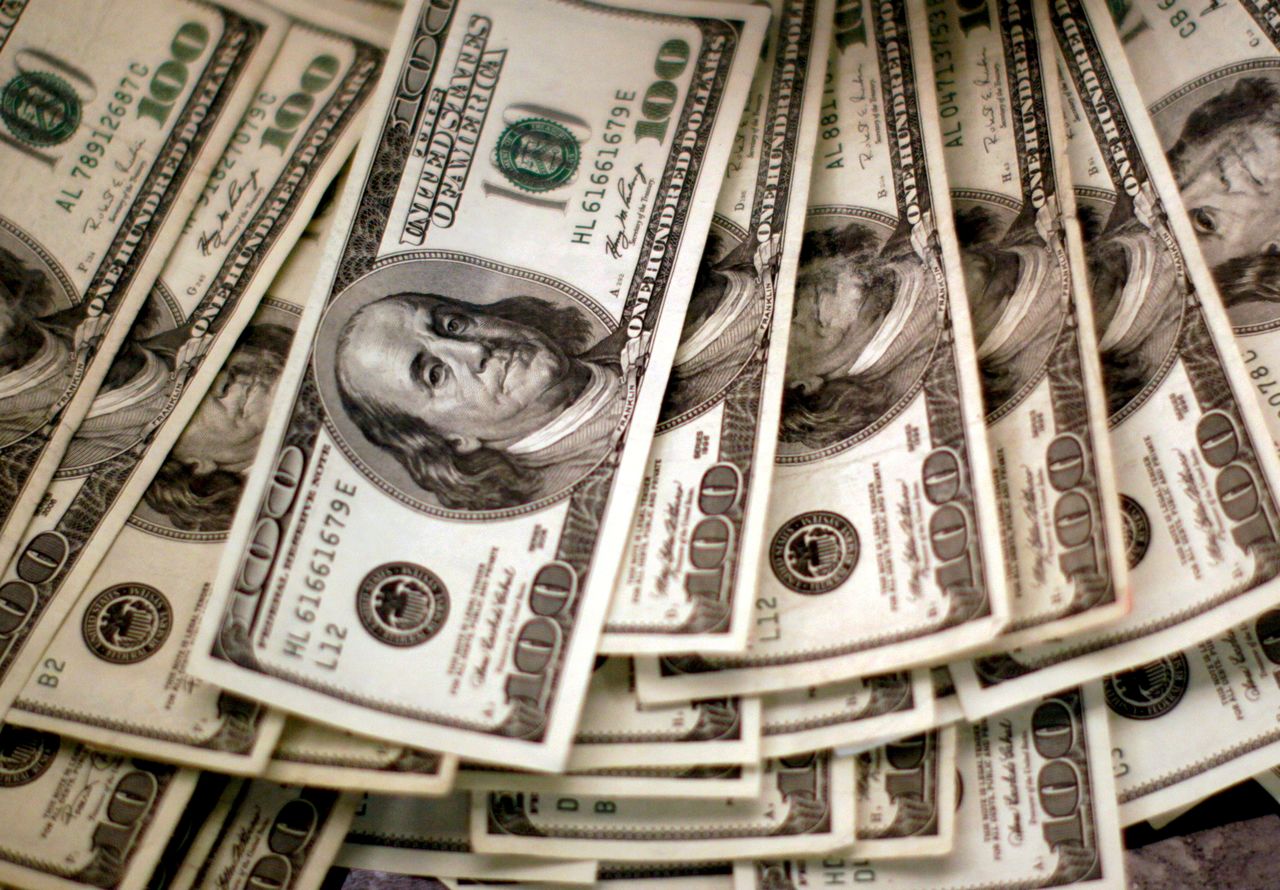 By Saikat Chatterjee and Sinéad Carew

LONDON/NEW YORK (Reuters) - The U.S. dollar lost a little ground on Friday as high inflation wreaked havoc on consumer sentiment, but the greenback was on track for its biggest weekly gain in almost three months after a surprisingly strong U.S. inflation print on Wednesday prompted investors to advance their bets for a U.S rate hike.

The dollar turned red on Friday morning after the University of Michigan survey showed a plunge in U.S. consumer sentiment in early November to its lowest level in a decade as surging inflation cut into households' living standards, with few believing policymakers are doing enough to mitigate the issue.

With short-dated U.S. Treasury yields edging higher -- five-year bond yields rose to a February 2020 high -- investors were ramping up bets this week that the Federal Reserve will have to raise interest rates sooner than expected. [US/]

"Consumers are clearly more worried about real income growth as inflation outpaces wages for now, and that is weighing on sentiment," said Erik Nelson, macro strategist at Wells Fargo.

"That is feeding into growth worries for the dollar and pushing it lower against most currencies, especially the Japanese yen as U.S. yields decline here."

Currency markets have been shaken up since Wednesday when data showed a broad-based rise in U.S. consumer prices last month at the fastest annual pace since 1990, casting doubts on the Fed's stance that price pressure will be transitory.

But while Friday's survey raised some eyebrows, strategists were bullish on the dollar, which was boasting its biggest weekly percentage gain since the week ending Aug. 22.

"The confidence data this morning was probably a bit of an eye opener for the markets ... and perhaps helped nudge the dollar just slightly off its highs," said Shaun Osborne, chief FX strategist, Scotiabank in Toronto.

While the closure of bond markets on Thursday interrupted the flow of the market this week, still "the focus is clearly on inflation" according to Osborne, who says this "should mean that the US dollar stays relatively well supported."

"We'll be in a standoff in the next few months. We'll keep an eye on what the Fed does," he added.

The renewed strength in the dollar earlier during the week injected fresh life into the moribund currency volatility markets, as traders have scrambled to buy options to protect themselves against further dollar strength. A currency volatility index hit a fresh six-month high on Friday.

Markets were pricing a first rate increase by July and a high likelihood of another by November. CME data is assigning a 50% probability of a rate hike by then, compared with less than 30% a month earlier.

Investors have become increasingly bearish on the outlook for the single currency as the European Central Bank appears unlikely to change its extremely dovish policy settings in the near term against the backdrop of a slowing economy.

Sterling bulls received a slight reprieve on Friday as GBP/USD rebounded after hitting a fresh 2021 low, though the rise may only offer temporary solace as technical and fundamental factors pointed to further declines.

Stering was last up 0.39% against the dollar. It had gained ground in late morning as the dollar weakened and after the European Union said it was committed to coming to an agreement with the UK regarding Northern Ireland.