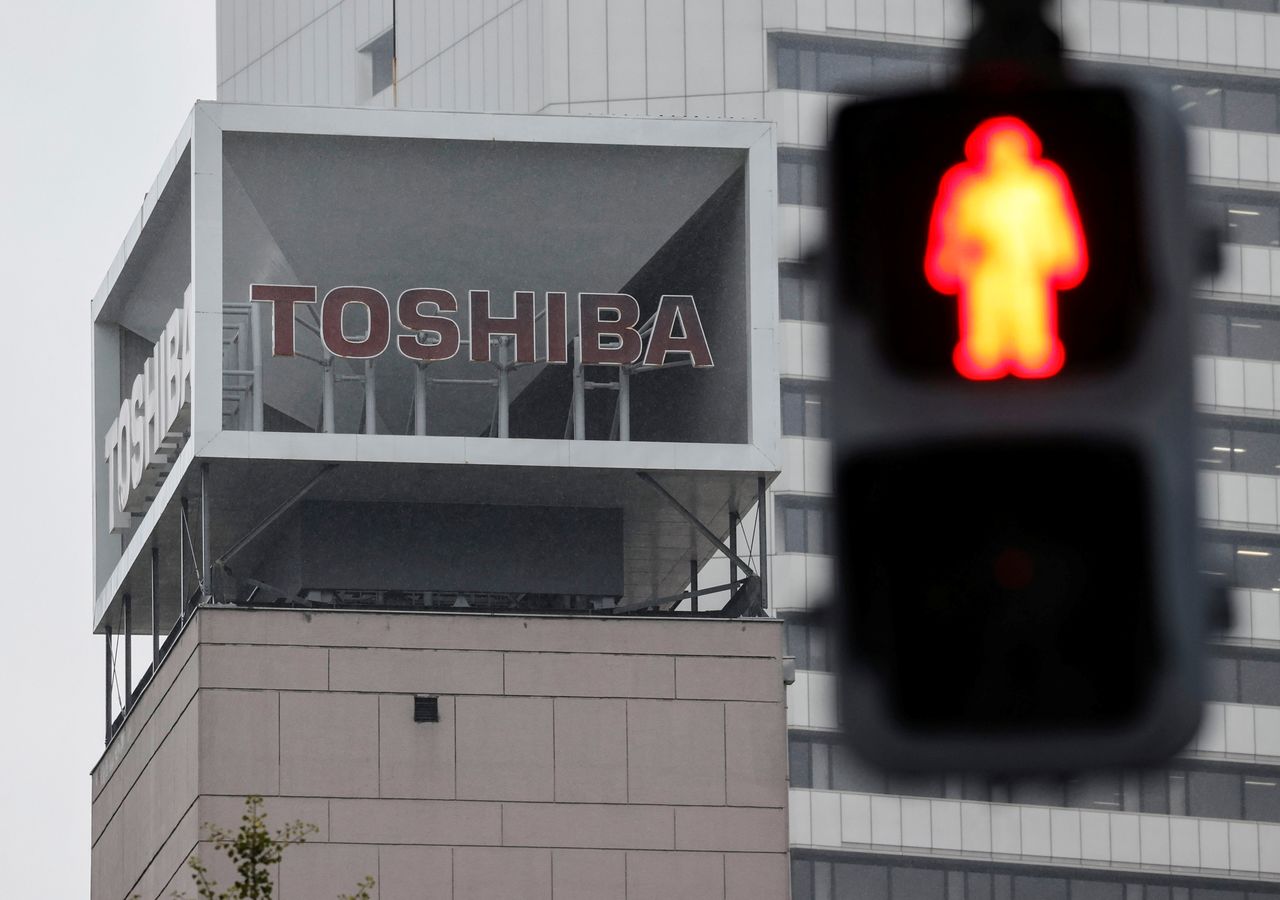 FILE PHOTO: The logo of Toshiba Corp. is seen next to a traffic signal atop of a building in Tokyo, Japan November 9, 2021. REUTERS/Issei Kato

TOKYO (Reuters) -Toshiba Corp executives including its former CEO behaved unethically, albeit not illegally, with respect to allegations that management sought to pressure overseas shareholders, a company-commissioned report has found.

Toshiba then set up an independent corporate governance committee to analyse the root causes of the issue.

Its report, published on Friday, found that Toshiba was overly dependent on the trade ministry, adding that problems were also caused by its "excessive cautiousness towards foreign investment funds" and "its lack of willingness to develop a sound relationship with them."