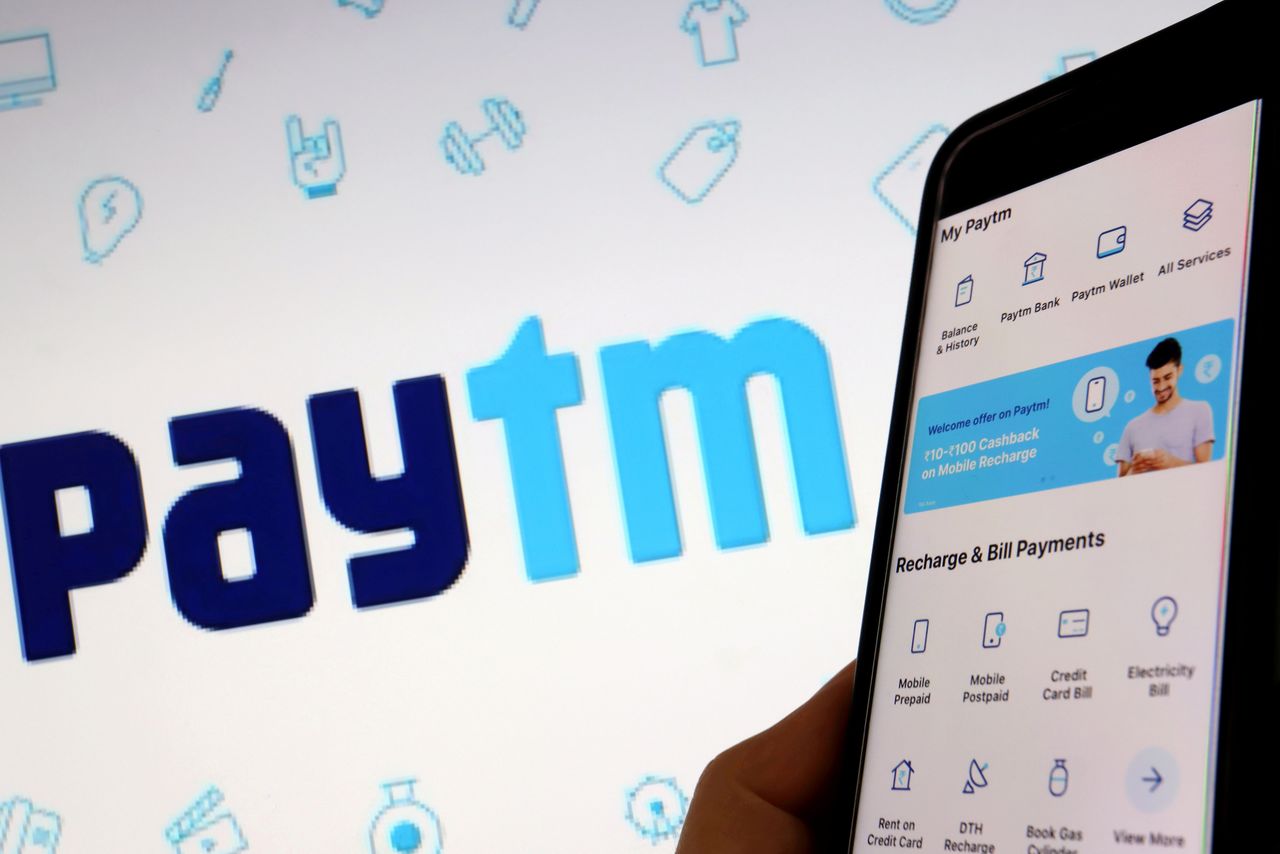 By Scott Murdoch and Aftab Ahmed

NEW DELHI (Reuters) -Paytm has priced its shares at the top of the range for its 183 billion rupee initial public offering (IPO), a prospectus showed on Friday, even though India's largest public issue was received with less enthusiasm than those of other tech firms.

The success of the IPO is seen as a precursor for more big-ticket public floats to come in the next year.

"It was expected that Paytm would price the deal at the top-end as the company's anchor-allotment was oversubscribed by more than 10-times," said Shifara Samsudeen, Equity Analyst at LightStream Research, who publishes on research platform Smartkarma.

The company, formally known as One97 Communications, which had already raised $1.1 billion from anchor investors, has received $2.64 billion worth of bids for the remaining 48.4 million shares on offer, or 1.89 times, according to stock exchange data published on Wednesday.

Paytm, which offers a range of services from banking, shopping, movie and travel ticketing to gaming, is expected to make its debut on Indian bourses on Nov. 18, the company said in its prospectus.

"Paytm's valuation is expensive but we think there will be some listing gains," Samsudeen said.

Paytm is backed by big investors like Ant Group and SoftBank's Vision Fund and its anchor investors included big names like BlackRock and Canada Pension Plan Investment Board.

"Qualified institutional buyers that have bought into the company know what they are investing in, they will not create panic on day one. They are not looking for one day gains," said Arun Kejriwal, founder of an independent research firm.

Marquee investors are trimming their stakes via the IPO. Ant Group, which had a 28% holding in Paytm, is selling shares worth 47.04 billion rupees and will be left with a 23% stake. SoftBank's Vision Fund is cutting its stake by 2.5 percentage points to 16% with a 16.89 billion rupee share sale.