BUDAPEST (Reuters) - Hungarian modern pentathletes wrote an open letter to the president of the International Olympic Committee to protest plans to drop horse riding from the sport.

The International Modern Pentathlon Union (UIPM) opted to remove horse riding from the sport's Olympic programme from 2028 following an incident at this year's Tokyo Games when a coach hit a horse after it refused to jump a fence. The incident led to widespread criticism of the sport.

"Pentathlon without horse riding is like taking away one of the five rings of the Olympic Games," said Adam Marosi, who earlier this year won gold at the UIPM's World Championships in Cairo.

"The survival of our sport is at stake."

Hungarian athletes joined others in calling for UIPM's executive board to resign after it decided to remove horse riding from the Olympic programme.

The athletes presented their letter at a press conference at the National Riding Hall in Budapest where the sport's current national champions were accompanied by more than a dozen junior pentathletes wearing their breeches and riding jackets.

Hungarian Pentathlon Association president Gyula Bretz said the organisation's leadership unanimously decided to back the inclusion of horse riding and to not accept UIPM's decision.

Hungary has won 23 Olympic medals in the sport. 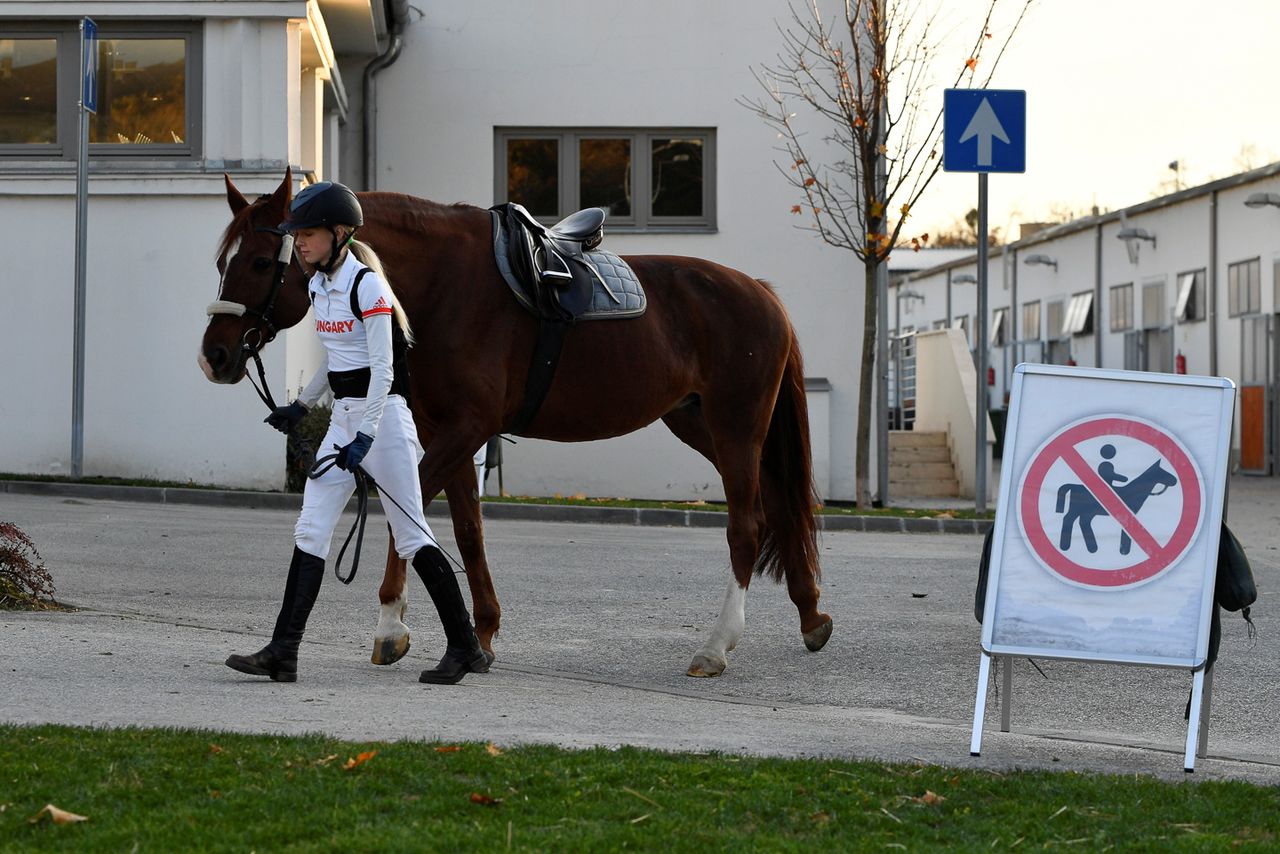 A rider with her horse walk next to a no riding zone sign during a news conference about keeping horse riding in the modern pentathlon program in Budapest, Hungary, November 12, 2021. REUTERS / Marton Monus 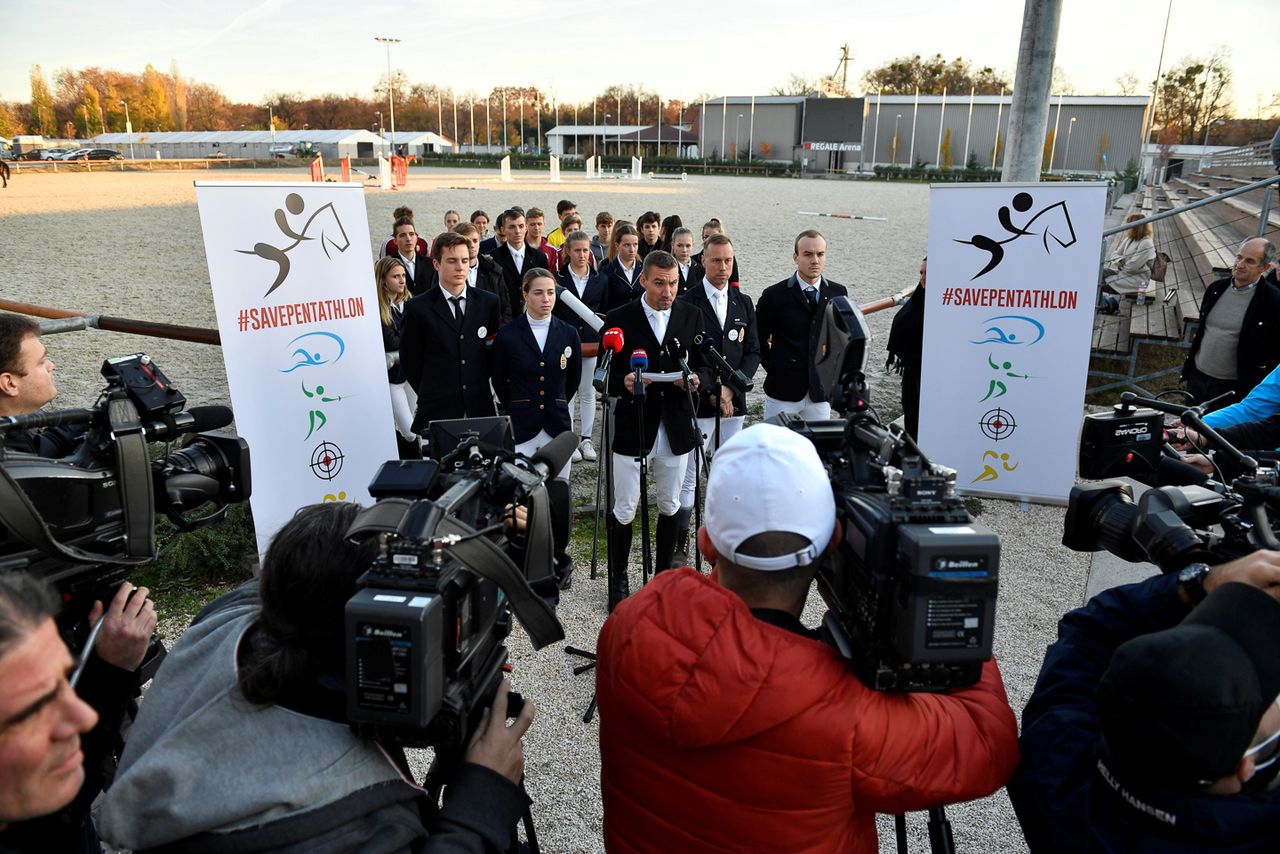 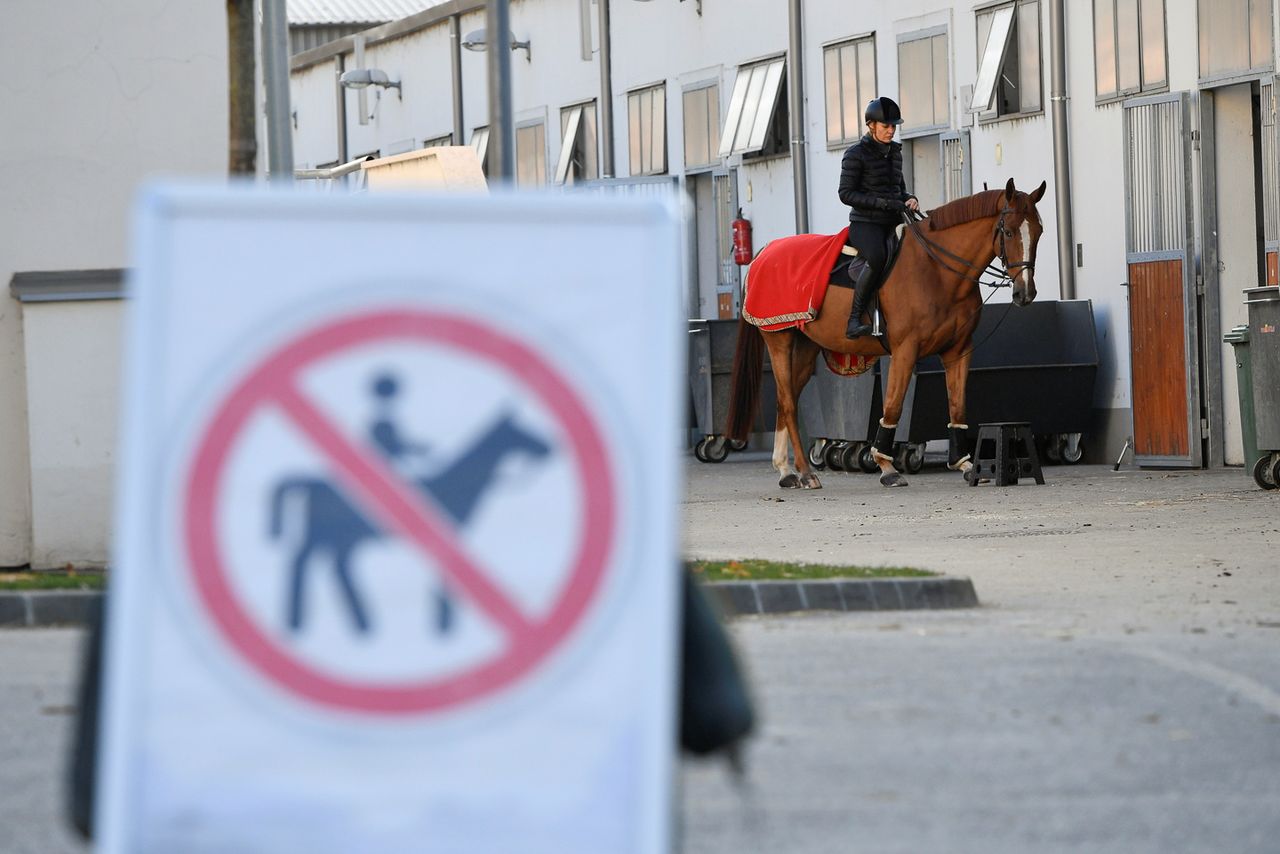 A rider with her horse are seen next to a no riding zone sign during a news conference about keeping horse riding in the modern pentathlon program in Budapest, Hungary, November 12, 2021. REUTERS / Marton Monus