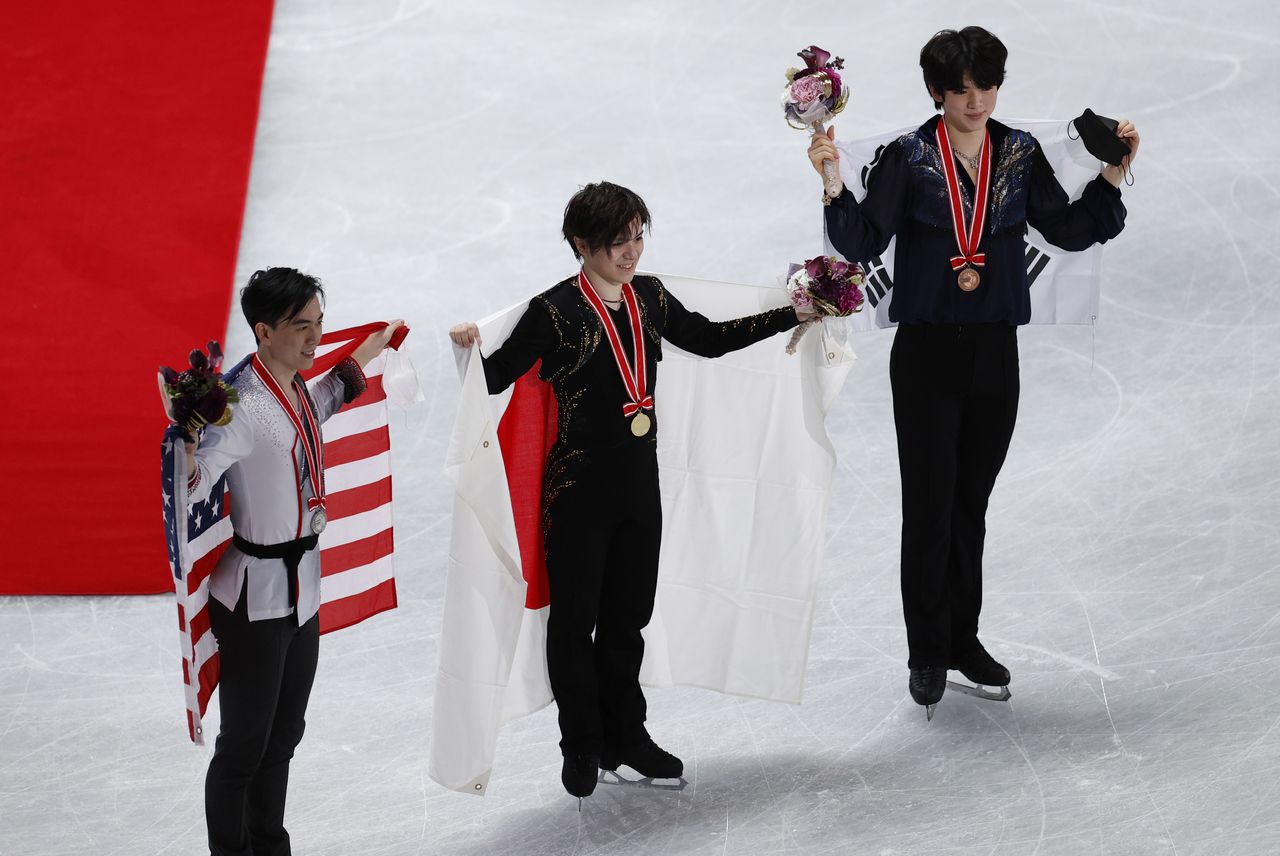 TOKYO (Reuters) - Hometown favourite Shoma Uno of Japan turned the tables on American Vincent Zhou with a victory at the NHK Trophy figure skating competition on Saturday but said there was plenty of work left ahead of next year's Beijing Winter Olympics.

In a Grand Prix event that was missing twice Olympic champion Yuzuru Hanyu https://www.reuters.com/article/figureskating-hanyu-idCNL4N2RW0VI with an ankle injury, Uno outskated second-placed Zhou by nearly 30 points, topping the podium with a personal best 290.15 points.

While his free skate was far from perfect - with rotations missing from a few planned jumps - the 23-year-old appeared confident and steady through his performance to Ravel's Bolero, his shortcomings minor next to Zhou's error-ridden execution.

"I want to improve more," said the Pyeongchang 2018 silver medallist, who placed second behind Zhou at last month's Skate America, the first of six Grand Prix events in the Olympics skating season.

"I want to aim much, much, much higher without letting the rankings here go to my head."

Zhou's high score in Friday's short programme made up for a sixth-place finish in the free skating to earn him a total of 260.69 points, just above South Korea's Junhwan Cha who scored 259.60.

"There's so much I want to say but I don't know how to say it all," said a dejected Zhou. "I'm very disappointed in my performance. I made a lot of mistakes and I really wish I could have done better.

"But thankfully this isn't the Olympics and I think it's good to get this out of my system now."

In the women's singles, Japan's Kaori Sakamoto and Mana Kawabe also pleased the home crowd with a one-two finish, followed by South Korean Young You.

"I'm glad I was able to complete this event without a big mistake," said 21-year-old Sakamoto after winning back-to-back NHK Trophy titles.