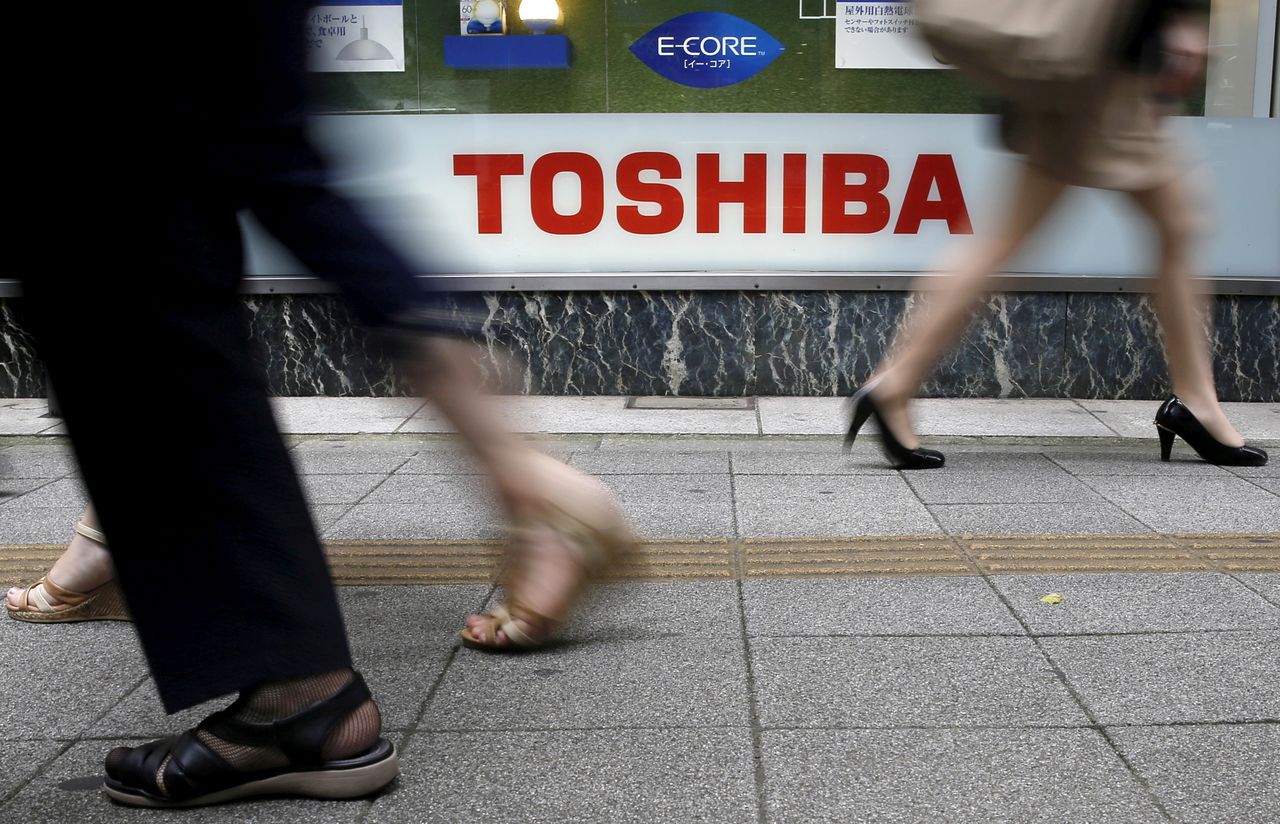 FILE PHOTO: Pedestrians walk past a logo of Toshiba Corp outside an electronics retailer in Tokyo September 14, 2015. REUTERS/Toru Hanai/File Photo

TOKYO (Reuters) - Toshiba Corp's biggest investor Effissimo Capital Management said on Saturday it has not decided whether to support plans outlined by the Japanese industrial conglomerate to split into three companies.

Toshiba outlined plans on Friday to split into three companies in an attempt to appease activist shareholders calling for a radical overhaul of the Japanese conglomerate after years of scandals.

Singapore-based Effissimo, which owns a 9.9% stake in Toshiba, issued a statement after a Japanese broadcaster cited an Effissimo-related source as saying the fund wouldn't support the plans.

The fund will decide its stance by Toshiba's extraordinary shareholders meeting next year "following sincere considerations based on analysis of disclosed information as well as through engagement with the company," the statement said.

Toshiba declined to comment on the Effissimo statement. "We hope to hear sincere opinions from shareholders after we explain thoroughly to seek their understanding about the plans," it said in a emailed statement.