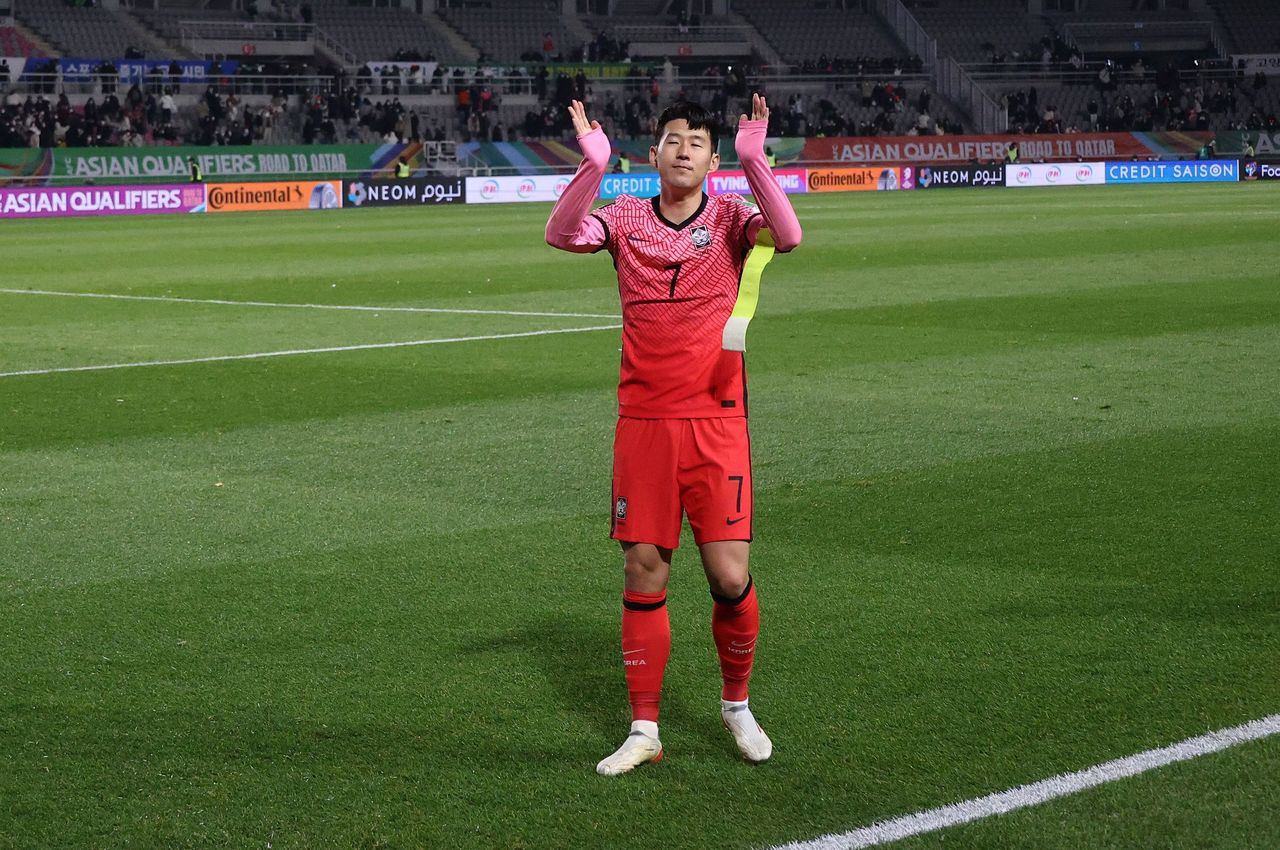 HONG KONG (Reuters) - South Korea move into the second half of Asia's preliminaries for next year's World Cup on Tuesday with captain Son Heung-min looking to shake off his side's scoring struggles when they take on Iraq in Doha.

Paulo Bento's team are well on their way to maintaining the country's record of qualifying for every World Cup since 1986, despite an inability to turn their dominance into goals.

Thursday's win over the United Arab Emirates was by a narrow 1-0 margin despite a strong showing by Son and company, with the Tottenham striker one of three players to hit the woodwork as the Koreans consolidated their hold on second place in Group A.

"We're obviously not trying to win every match 1-0," Son said before his team's departure for the meeting with Dick Advocaat's Iraq. "One-goal leads are always tough to play with. Our opponents work as hard as we do, and winning is more important than anything."

Goals have been at a premium for the Koreans, who have netted five times in the five qualifiers so far, with Son scoring a late winner against Syria and in a 1-1 draw with Iran in Tehran.

But while Bento's team have been far from prolific, the Koreans are unbeaten with three wins and two draws and sit in second place in Group A, two points behind Iran.

With only the top two finishers in the group guaranteed to progress to Qatar 2022, the Koreans are well placed to qualify, as they sit six points clear of third placed Lebanon with five games remaining.

The Iranians clung onto their position at the top of the group on Thursday after injury time goals from Sardar Azmoun and Ahmed Nourollahi overturned a one-goal lead for Lebanon. They travel to Amman to take on struggling Syria.

The Syrians, who narrowly missed out on a place at the 2018 World Cup, have yet to win in the final phase of Asia's qualifiers for Qatar and sit at the bottom of the standings.

While Iran and South Korea have a firm hold on the top two positions, the battle for third - and a place in a playoff round - is tight.

Three points separates third-placed Lebanon, who meet fifth-placed United Arab Emirates on Tuesday, from the Syrians with the Iraqis also still in contention.

In Group B, top faces bottom as leaders Saudi Arabia take on a Vietnam side that has yet to pick up a point while second-placed Australia will look for a repeat of their earlier win over China then they meet in Sharjah, UAE.

Third-placed Japan, meanwhile, will be looking for a third straight win when they travel to Muscat to take on an Oman side that handed them a shock loss in the opening round of matches in September.