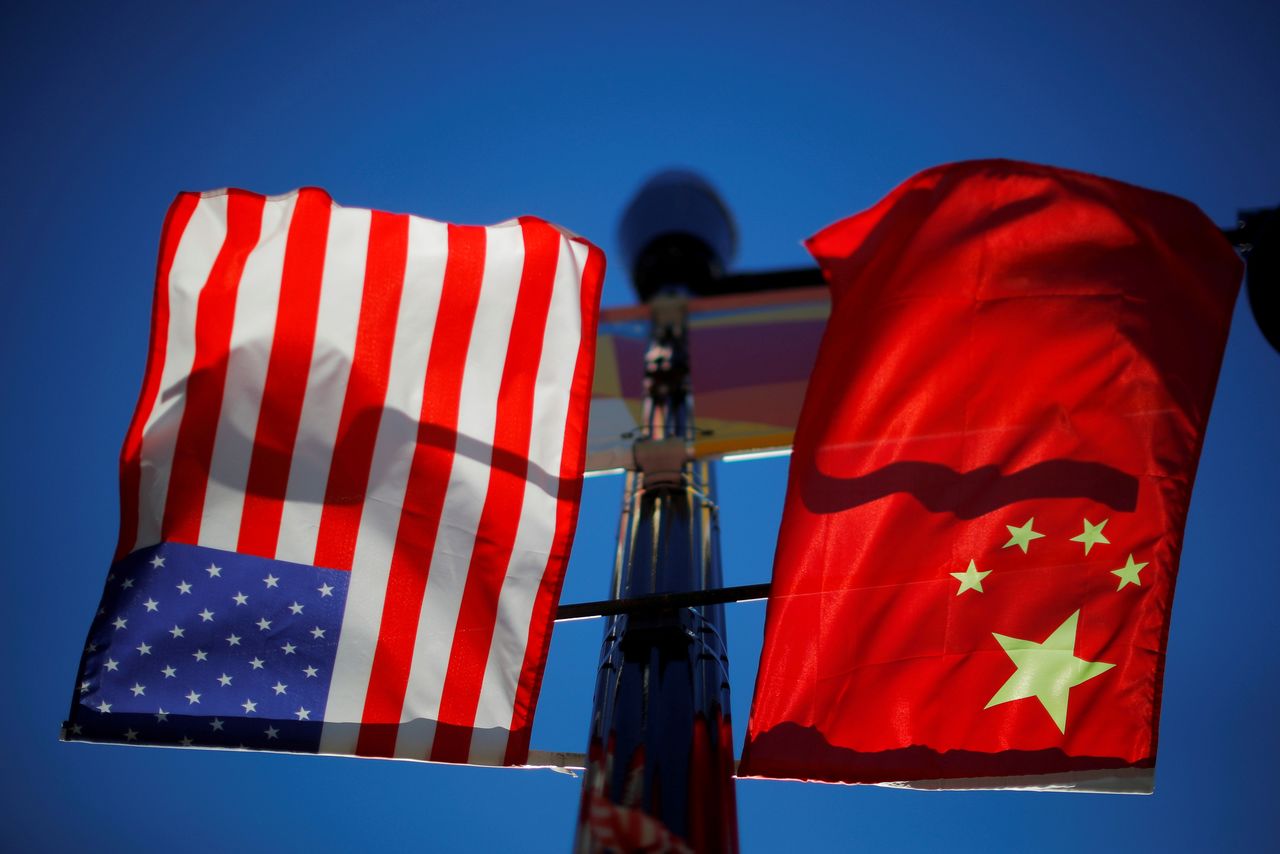 FILE PHOTO: The flags of the United States and China fly from a lamppost in the Chinatown neighborhood of Boston, Massachusetts, U.S., November 1, 2021. REUTERS/Brian Snyder/File Photo

WASHINGTON (Reuters) - U.S. President Joe Biden will hold an online meeting on Monday with Chinese leader Xi Jinping, the most extensive leader-level talks between the two nations under the Biden administration.

Officials on both sides have played down expectations for specific outcomes, amid an increasingly fractious relationship. Among the contentious issues are:

Biden has accused China of ramping up military activity to intimidate self-ruled Taiwan, which Washington is required by law to provide with means to defend itself.

China, which claims the island as its own and has not ruled out using force to bring it under its control, has been concerned by U.S. moves to deepen ties with Taiwan and a statement by Biden that Washington would come to its defense.

The White House has stressed there has been no change in the U.S. policy of "strategic ambiguity" on whether it would defend Taiwan, but Secretary of State Antony Blinken further muddied the waters when he said Washington and its allies would take unspecified "action" if China were to use force to alter the status quo.

In a telephone call with Blinken on Saturday, senior Chinese diplomat Wang Yi said Washington should not send the wrong signals Biden and China's Xi will hold virtual meeting to Taiwan pro-independence forces.

U.S. officials are increasingly concerned about China's rapidly expanding nuclear arsenal and what they say was a very significant test of a hypersonic weapons system.

China has denounced a security pact Biden struck this year with Britain and Australia to provide the latter with nuclear-powered submarines and Washington's expanding cooperation with fellow members of the so-called Quad grouping - Japan, India and Australia. Lower-level talks between military officials from Beijing and Washington have been aimed at easing tensions.

China is running far behind in its promises in a "Phase 1" deal signed in 2020 to boost purchases of U.S. goods by $200 billion.

Tensions eased slightly after Meng Wanzhou, chief executive of Chinese tech giant Huawei, was allowed to returned home from Canada after a deal with U.S. prosecutors.

But a tech war continues to smolder, with Huawei, drone maker DJI, top chipmaker SMIC, and surveillance firm Hikvision still on a U.S. national security blacklist aimed at making it harder for U.s. firms to share key technology with them.

Beijing will host February's Winter Olympics and U.S. lawmakers have demanded a diplomatic boycott, over the charge that China is committing genocide against Uyghurs and other minority Muslims.

Last week, Blinken said Washington was talking to countries around the world about "how they're thinking about participation," but left a deadline for a decision unclear.

The former Trump administration repeatedly blamed China for the outbreak of COVID-19.

A U.S. intelligence review released under Biden turned up no firm conclusions on the source of the virus, but some U.S. officials intelligence blame a leak from a laboratory in China.

U.S. officials say a better understanding of the origins could help end the pandemic and prepare for the next. Biden has said Beijing needs to co-operate more with international investigations. China has rejected such calls.

BELT AND ROAD vs. BBB3

The meeting will come after Biden signs on Monday a $1-trillion bipartisan infrastructure deal that his administration believes will help the U.S. "out-compete" China.

Biden has been working with member of the G7 grouping to launch an international infrastructure effort, Build Back Better World, or BBB3, to rival China's Belt-and-Road initiative.