TOKYO (Reuters) - Japanese two-way standout Shohei Ohtani said on return to his homeland on Monday that despite challenges in the second half of the season, he was grateful for an exceptional year in which he showed off his skills after a spate of injuries.

"Shotime," as the 27-year-old is known it the United States, mesmerised the fans in the batter's box, on the mound and on the basepaths, breaking Hideki Matsui's record for home runs in a season by a Japanese player, ending the year with 46.

Because he can pitch and hit at an elite level, the Los Angeles Angels' dual threat has long drawn comparisons to baseball legend Babe Ruth, and is a clear favourite to receive the American League's Most Valuable Player award this Thursday.

If Ohtani clinches that title, he would be the second Japanese player to do so since Ichiro Suzuki in 2001.

"Especially towards the end of this season, our team wasn't winning, and it wasn't clear what the postseason would bring, so there were many mentally tough moments," said Ohtani when asked about how he overcame challenges.

But he said he was just happy to play.

"Until now there were also times when I couldn't play due to injury, so it's because I'm able to play that I get to experience these things. Personally, I feel that - including the times when I felt mentally down - this was a good year."

In July, Ohtani was the first player picked for an All-Star Game as both a hitter and pitcher. He is also an elite baserunner: with 26 stolen bases this year, Ohtani was ranked the fastest baserunner in the American League by his peers.

Ohtani's popularity in Japan has hit fever pitch, with home-run contests televised live for the first time in at least 25 years. As of July, the 10 most-watched games https://www.reuters.com/lifestyle/sports/japans-ohtani-could-soon-emerge-new-face-mlb-2021-07-12 in Japan this year have all been Angels, games and Ohtani was the most-searched player on the MLB Film Room video tool.

Stock traders in Tokyo linked Ohtani's popularity to a jump https://www.reuters.com/business/shotime-pitches-frenzy-japanese-sports-company-zett-2021-07-13 in shares of a little-known Japanese sports gear maker around the time of his All-Star Game appearance.

At the news conference in Tokyo after his return from the U.S. and home quarantine, Ohtani answered in calm, brief sentences. That stood in contrast to emotional sports reporters, some of whom called on others to applaud the Japanese star.

Even without the MVP award, Ohtani has already been named the Players Choice Awards Player of the Year and received the American League Silver Slugger award. He was also named among 100 most influential people of 2021 by the Time Magazine.

"I'm grateful for the awards, but personally, I'm already thinking about how I can play well so that I can receive these kinds of awards next season too," Ohtani said.

He said that in the off-season he would focus on his physical condition.

Asked what motivated him, Ohtani said it was "the fans who come to the stadium for every game, regardless of the result."

"I want to see them happy. I also have an image of what kind of player I want to be," he said. "I don't want to give up on that goal - that's what keeps me going through everyday practice." 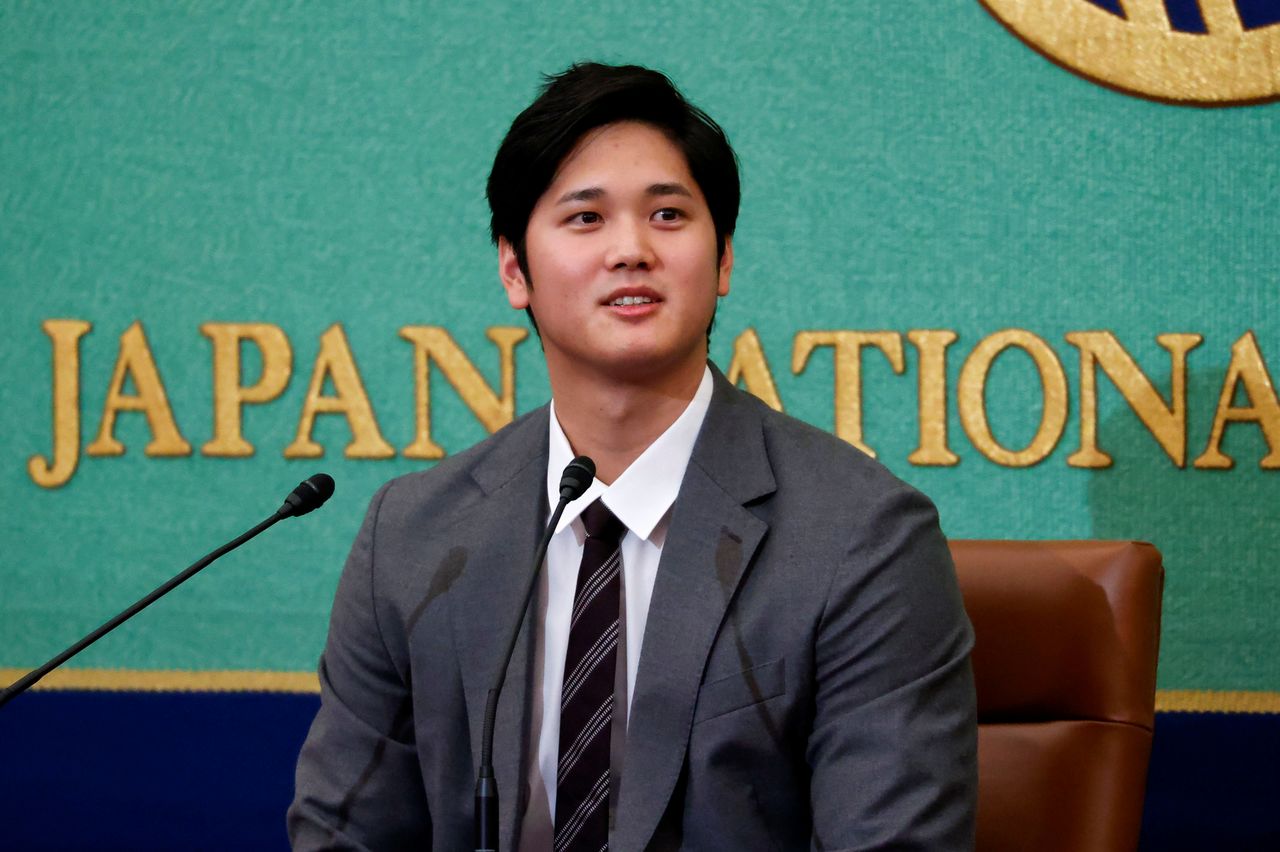 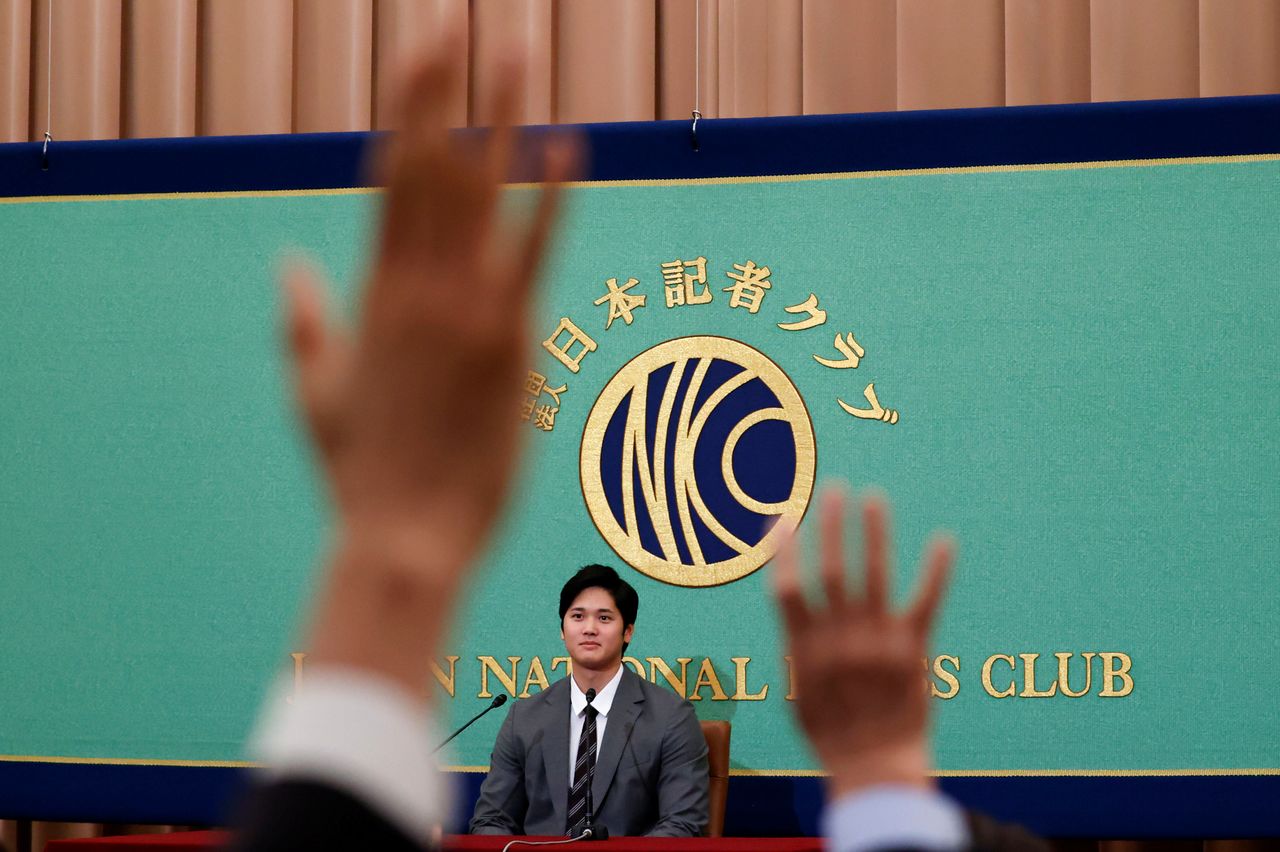 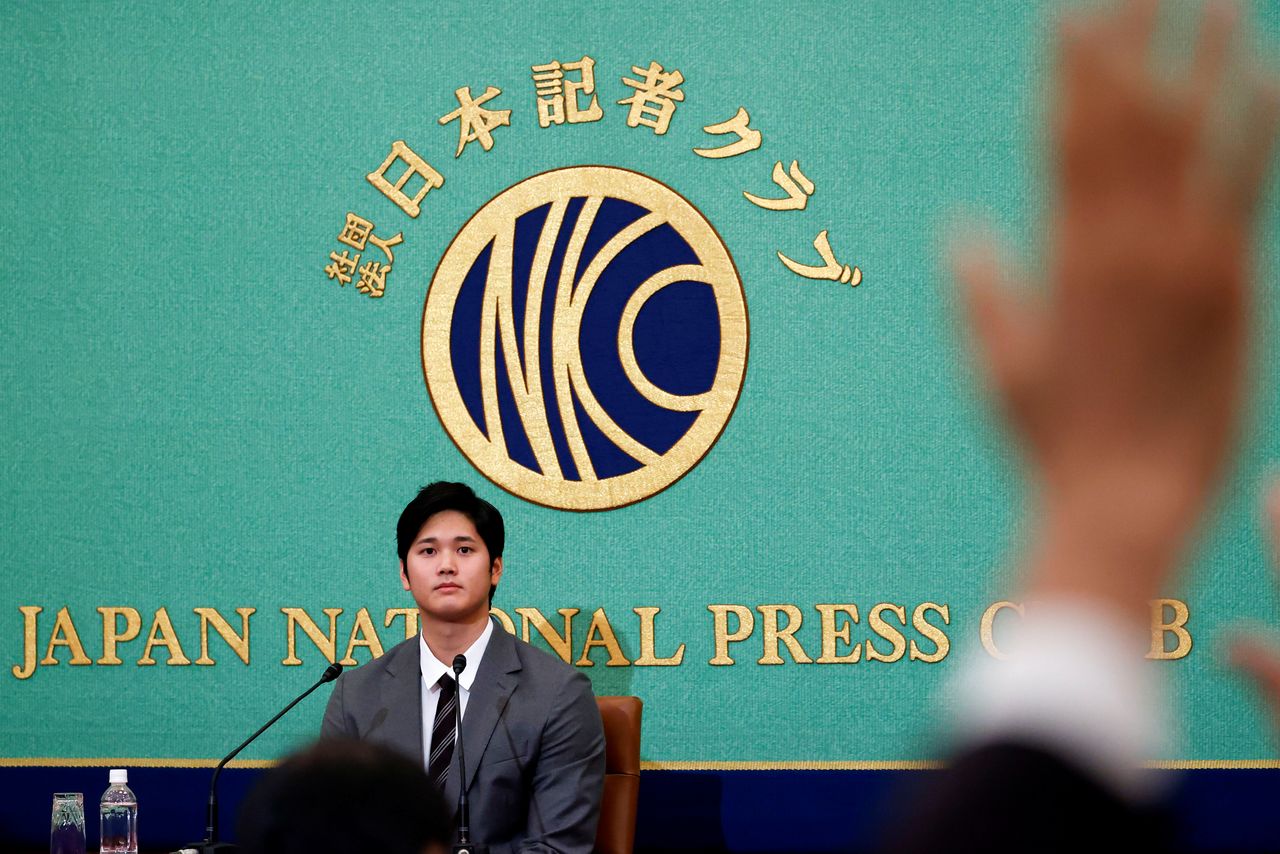