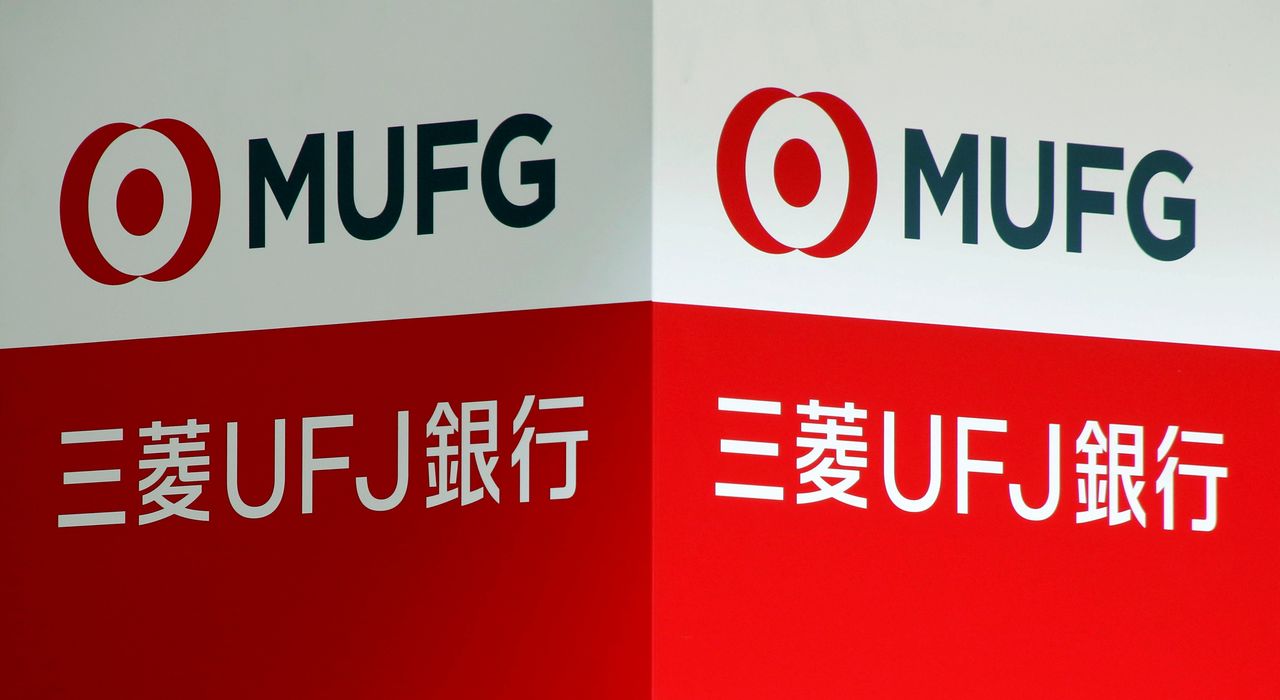 TOKYO (Reuters) - Mitsubishi UFJ Financial Group Inc (MUFG) on Monday predicted net profit would hit a record this financial year, thanks to the release of cash from pandemic-related provisions as well as a drop in other credit-related costs.

Japan's largest lender has also benefited from "strong stock markets and Morgan Stanley", MUFG Chief Executive Hironori Kamezawa told an earnings briefing after the Wall Street bank in which it has a 20% stake had a stellar quarter.

MUFG hiked its profit estimate for the year to end-March by nearly a quarter to 1.05 trillion yen ($9.2 billion), ahead of a Refinitiv consensus estimate of 982 billion.

Kamezawa stressed, however, that the bank needed to "boost its earnings power in its main businesses" if it is to achieve in a more normal business environment its goal of more than 1 trillion yen in net profit by the year ending March 2024.

Shunsaku Sato, a senior credit officer at Moody's Investors Service, said if the impact of equity-method gains - primarily Morgan Stanley's stake - was excluded, MUFG's pre-provision income during the first-half of the year declined 7%.

"This reflects the profitability challenges faced by MUFG and other Japanese banks in the current ultralow domestic interest rate environment," he wrote in a note to clients.

Like a many other banks worldwide, this quarter's earnings were inflated by the release of cash from provisions that had been set aside last year to deal with a potential flood of pandemic-related bad loans.

Corporate bankruptcies in Japan, however, fell to their lowest ever for an April-September period after the government provided small businesses with cash to cushion them from the worst effects of lockdowns, according to Tokyo Shoko Research.

MUFG added it would buy back up to 150 billion yen or 2.33% of its outstanding shares by the end of March.

Though the Japanese bank has pulled back from U.S. retail banking with the $8 billion sale of MUFG Union Bank to U.S. Bancorp, it has said the United States remains a key market.