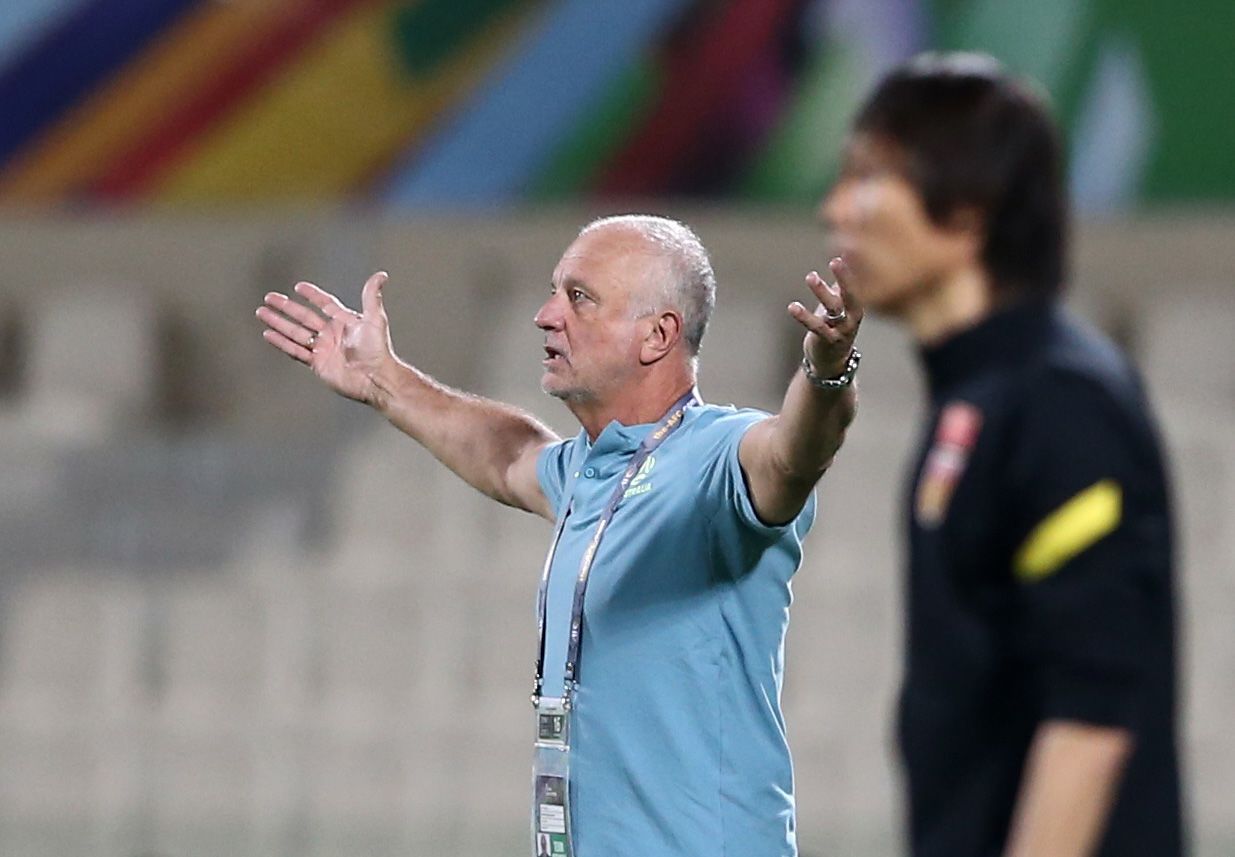 MELBOURNE (Reuters) - Australia coach Graham Arnold lamented a "sloppy" performance against China after the Socceroos were held to a 1-1 draw to fall out of the automatic qualifying berths for next year's World Cup.

China's Wu Lei converted a second half penalty to frustrate Australia in Sharjah on Tuesday as Arnold's side went a third game in succession without a win to slip to third in Asia's Group B behind Saudi Arabia and Japan.

The top two finishers in both of Asia's qualifying groups advance automatically to Qatar 2022 while the teams in third spot will progress to a series of playoffs.

"We were a bit sloppy at times, but until the penalty there was pretty much only one team in the game and that penalty gave them energy," Arnold said.

"We moved the ball well and created some decent chances and we just have to be positive and move forward."

Australia scored late in the first half, with Martin Boyle heading home at the near post but the match turned when James Jeggo was penalised for handball as he leaped to attempt a clearing header.

"Until the penalty there was pretty much only one team in the game and that penalty gave them energy," said Arnold.

After notching a record 11 successive qualifying wins, Australia lost 2-1 away to Japan in Saitama last month and were held to a 0-0 draw by Saudi Arabia in Sydney last week.

Goalkeeper Mat Ryan said Australia had failed to do much with their dominance of the play against China.

"Disappointing one tonight," he said.

"I don't think we did enough and didn't create enough clear-cut chances."

Australia next face Vietnam at home in the January window, before finishing qualifying for the finals in Qatar against Oman, Japan and Saudi Arabia.

(Reporting by Ian Ransom in Melbourne; Editing by stephen Coates)