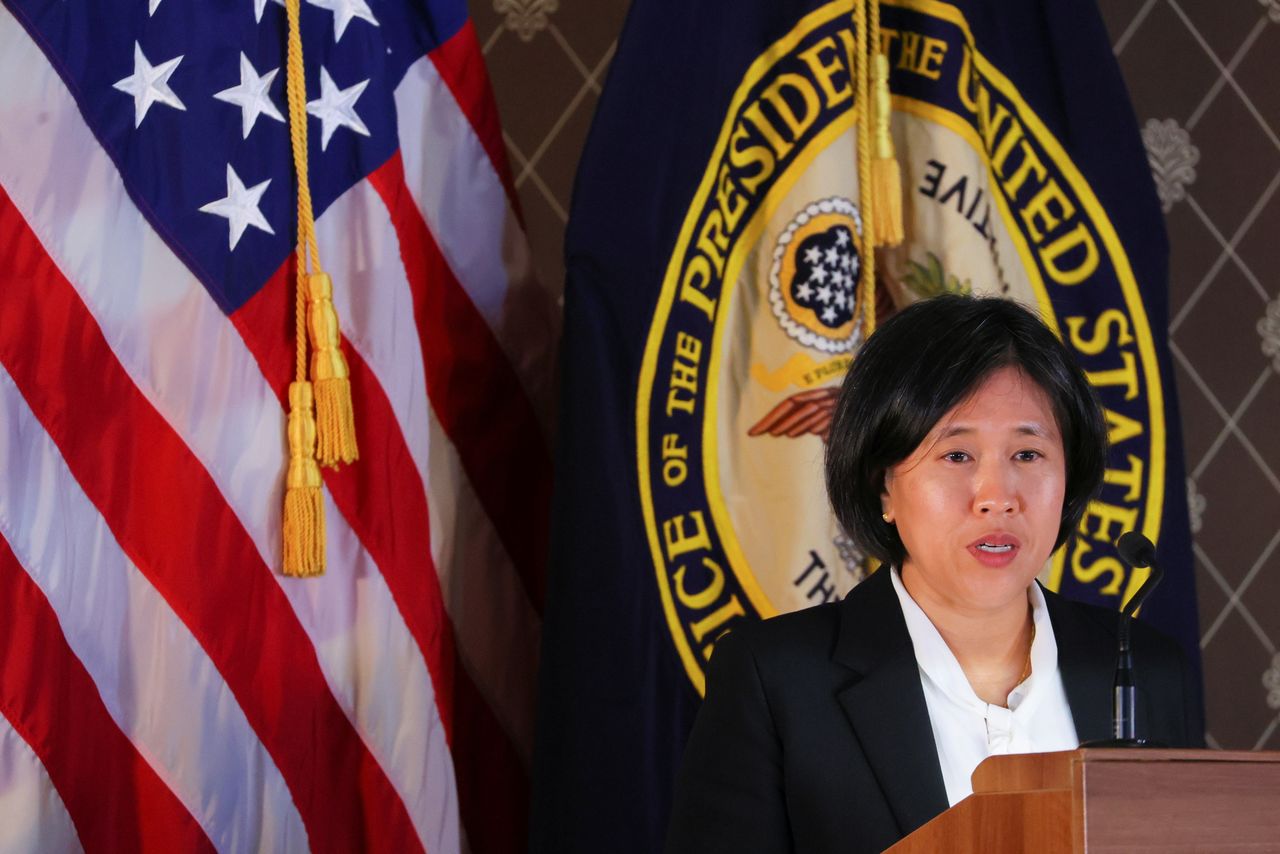 WASHINGTON (Reuters) - The United States and Japan announced on Wednesday a new trade partnership to boost cooperation on labor, environment and digital trade issues, with an emphasis on "third country concerns," a reference to China's state-driven economic policies.

U.S. Trade Representative Katherine Tai, who is in Tokyo to meet with new Japanese government ministers, said initial meetings of the U.S.-Japan Partnership on Trade would take place early in 2022, with periodic meetings on a regular basis.

"This partnership will deepen the cooperation between the United States and Japan that has defined our strong bilateral trade relationship," Tai said in a statement issued by her office in Washington.

"Our close collaboration will support the Biden-Harris Administration’s economic framework for the Indo-Pacific and help create sustainable, resilient, inclusive, and competitive trade policies that lift up our people and economies."

USTR's statement made no mention of the new forum as a body aimed at negotiating new trade agreements between the world's largest and third-largest economies.

Japanese Foreign Minister Yoshimasa Hayashi told Tai at the start of talks in Tokyo that the aim was to further deepen the Japan-U.S. alliance and strengthen bilateral coordination to achieve a free and open Indo-Pacific.

"Based on the strong Japan-U.S. economic relations, we'd like to further deepen the Japan-U.S. alliance, and strengthen Japan-U.S. coordination for the achievement of a free and open Indo-Pacific," he said.

Earlier, the foreign ministry said in a statement that the new partnership would allow the two countries to hold discussions on their shared global agenda, cooperation in the Indo-Pacific region and talk about bilateral trade issues.

The United States and Japan are set to begin new talks to address concerns over U.S. "Section 232" national security tariffs on steel and aluminum and curbing global excess capacity for the metals largely centered in China. The talks follow a U.S. quota deal with the European Union to allow around 4 million tons of EU-produced steel duty-free into the United States annually.

Japan has also sought to negotiate a broader agreement with the United States after striking a limited trade deal with former President Donald Trump in 2019 that staved off his threat of higher duties on imported cars, and to coax Washington into returning to a Pacific Rim trade pact.

USTR said the new partnership instead would focus on addressing labor and environmental-related priorities, trade facilitation, a supportive digital ecosystem and cooperation in regional and multilateral trade forums, the latter a reference to the World Trade Organization, which holds a major ministerial meeting at the end of November in Geneva.

The Biden administration is working to rebuild trade ties with allies that became strained during Trump's presidency, with the aim of building a broader coalition to confront China's subsidies and other state-driven economic policies.

The USTR statement mentioned such "third country concerns" as a focus of the new group.

It said the partnership would be chaired by USTR and Japan's Ministry of Foreign Affairs and Ministry of Economy, Industry and Trade.