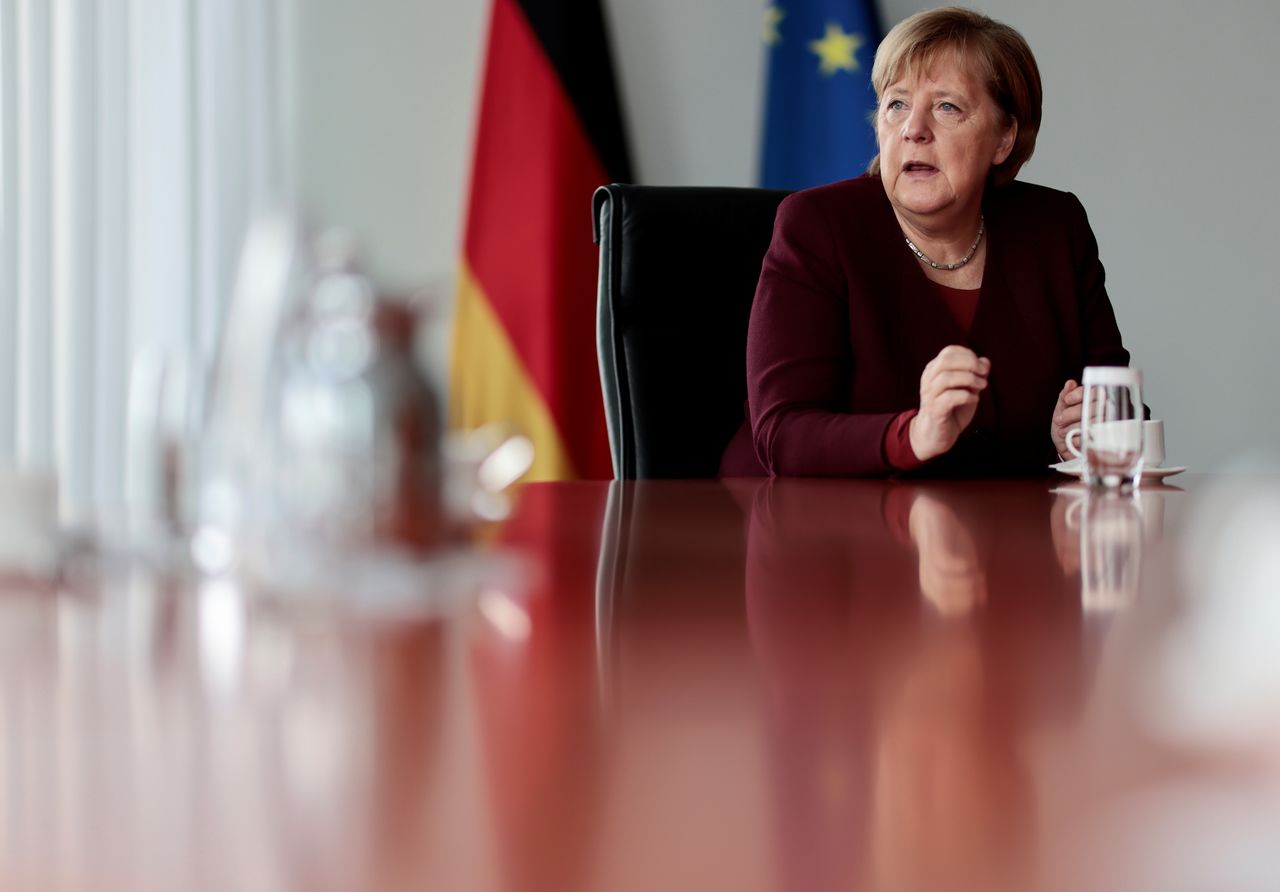 (This Nov. 17 story has been refiled to clarify that '45% of Germany's energy' in paragraph 11 refers to 45% of electricity production)

BERLIN (Reuters) - Chancellor Angela Merkel has defended her decision to phase out nuclear energy, even though it has made it harder for Germany to wean its economy off fossil fuels.

In an interview with Reuters, the outgoing chancellor also said she was opposed to any plans by the European Union to label nuclear power as "sustainable".

"It's true, of course, that we now face the very ambitious and challenging task of completing the energy transition while phasing out coal and nuclear power," said Merkel, who will step down once a new government is sworn in following an election in September.

"But it's also true that this will be worth it for our country if we do it right."

Merkel, who has led her country for 16 years, pushed for Germany to abandon nuclear power after the Fukushima disaster in Japan a decade ago, a decision that most Germans agree with.

But it made Germany more dependent on coal, prevented it meeting its goal of cutting greenhouse gas emissions 40% from 1990 levels by last year, and contributed to rising power costs for industry and households.

Merkel has been accused of not investing enough to promote the expansion of renewable energy sources such as wind and solar farms even as her government pushed for a phase-out of coal by 2038.

The three parties in talks on forming a new government want to bring that deadline forward to 2030.

The share of renewables in the energy mix of Europe's largest economy has been growing steadily since the Fukushima disaster, though energy economists say it has not risen fast enough to help Germany meet its ambitious emissions targets.

Renewables accounted for 45% of Germany's electricity production last year, up from 17% in 2010, data compiled by the Agora Energiewende think-tank showed. The share of electricity generated from coal fell to 23% from 42% a decade ago. Nuclear power was halved to 11%.

The EU executive, the European Commission, is drawing up a sustainable finance "taxonomy" setting out which activities meet the environmental criteria to qualify for funding under an EU sustainable investment programme.

A document viewed by Reuters in March indicated experts were preparing to label nuclear power as sustainable because it has none of the carbon dioxide emissions produced by fossil fuels.

Merkel said Germany would continue to oppose the plan but acknowledged that it would be hard to rally 19 other members behind its position to block it.

"It's difficult to stall the procedure as such once the European Commission has presented an act," said Merkel.

"We in Germany believe – across party lines – that nuclear energy should not be classified as being as clean as wind and solar energy."