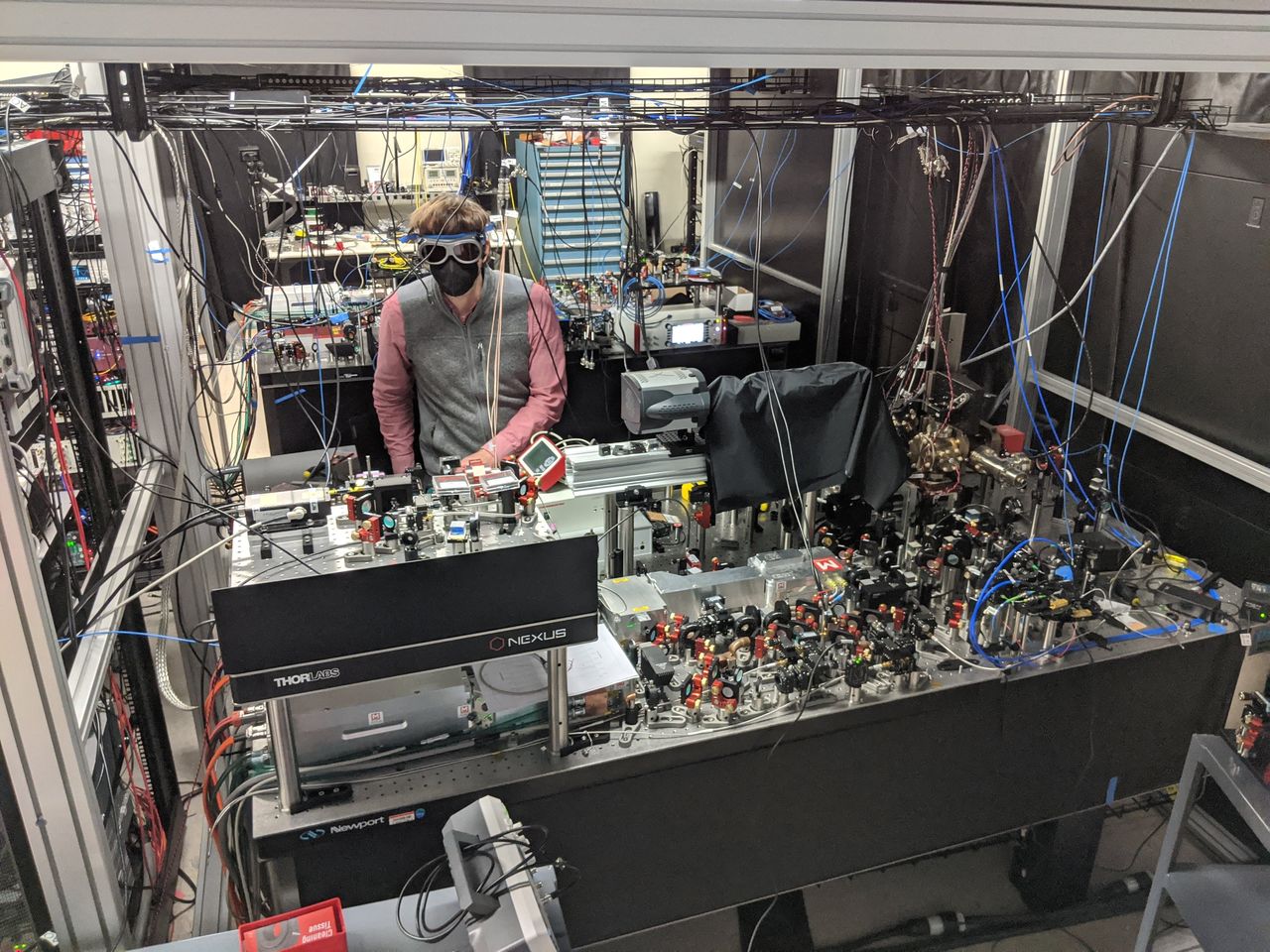 Quantum computer startup QuEra Computing's 256-qubit machine and Florian Huber, one of the team of scientist that built the machine are shown in this picture taken in Boston, Massachusetts, U.S., on February 18, 2021. The technology was born in the labs of Harvard University and MIT. It uses neutral atoms which are put in a vacuum chamber and controlled with lasers. Alexei Bylinskii - QuEra/Handout via REUTERS THIS IMAGE HAS BEEN SUPPLIED BY A THIRD PARTY. MANDATORY CREDIT.

It’s the latest quantum computer hardware maker to come out of the lab at a time when funding for the nascent technology is booming.

While there are various technologies for creating so-called quantum bits or qubits where the computations happen, QuEra’s qubits use neutral atoms in a vacuum chamber and use lasers to cool and control them.

“From 2015 when we had an empty lab with nothing to 2017, the work that we were doing at Harvard and MIT, we were already at the stage where we could control 51 of these neutral atom qubits,” said Alex Keesling, QuEra CEO and co-inventor of the technology. He said this technology was easy to scale up and that QuEra would have a 1000-qubit computer in two years. Today it has a 256-qubit machine, he said.

International Business Machines Corp, whose quantum computers are already available through the cloud, is aiming for a 1000-plus qubit machine in 2023 https://research.ibm.com/blog/ibm-quantum-roadmap. Although it's hard to compare the performance of the different machines just based on the number of qubits, say several researchers of quantum computers.

For those looking to try out the QuEra machine, Keesling said the goal is to make it available through the cloud by the third quarter of next year.

While there is some debate about when quantum computers will be able to crack real-world problems, researchers believe quantum computers could operate millions of times faster than today's advanced supercomputers, potentially making possible tasks such as mapping complex molecular structures and chemical reactions to boosting the power of artificial intelligence.