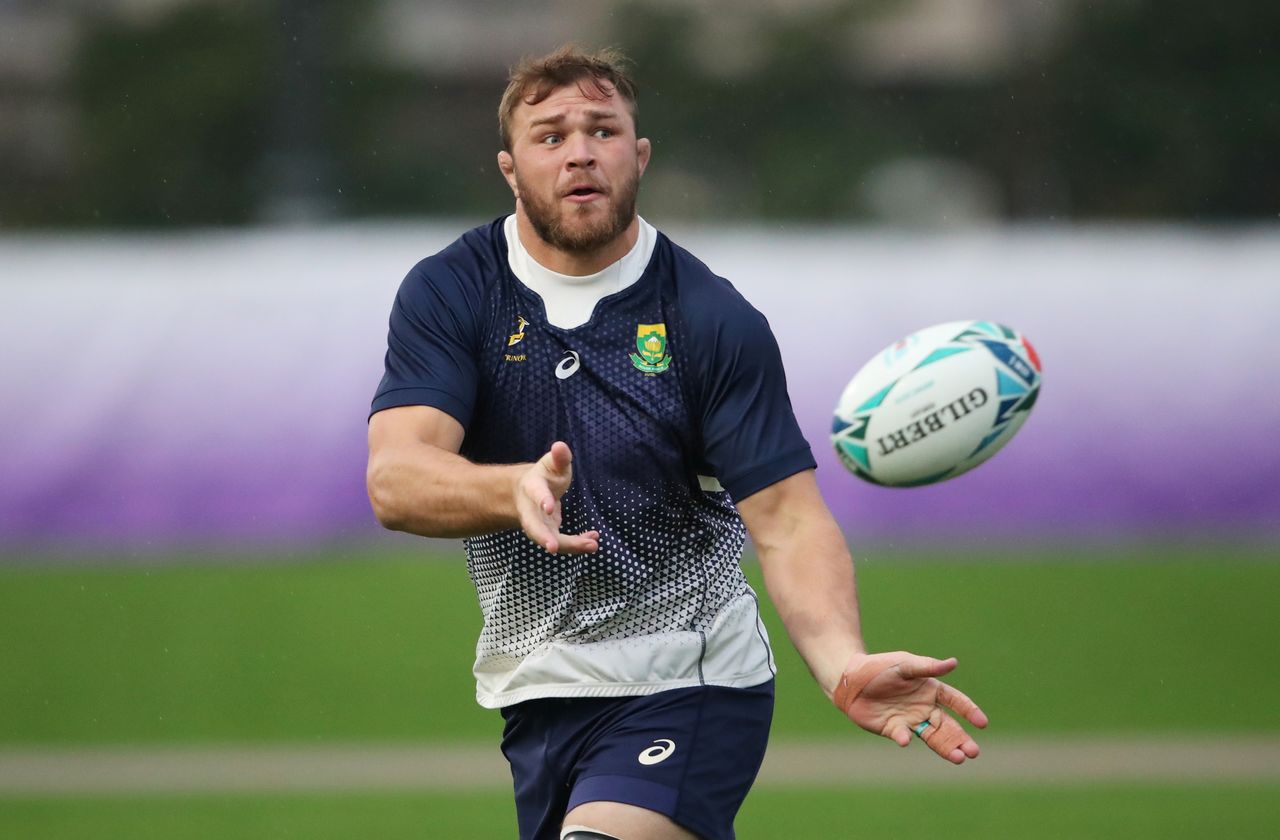 (Reuters) - South Africa number eight Duane Vermeulen believes there has been too much water under the bridge since the Springboks beat England in the 2019 Rugby World Cup final to provide any added confidence going into Saturday's rematch at Twickenham.

The Boks were 32-12 winners in Japan two years ago and can end their autumn international series with a third straight win this weekend to cap a season in which they beat the British & Irish Lions and claimed an epic victory over New Zealand.

But Vermeulen says there is much to admire in the England side he described as having plenty of skill and pace.

"We've seen a couple of their recent games, matches against Tier 1 nations and a lot of games against Tier 2 teams. They play a bit different if the game opens up," Vermeulen told reporters on Wednesday.

"They've got a lot of new guys that bring more excitement to the game, especially the back rowers and some of the backline players."

South Africa have been dominant in the scrum this season, but Vermeulen believes the breakdown battle will also go a long way in determining the result.

"If you look at Tom Curry, Sam Underhill and Courtney Lawes, who played in 2019, they're really good at the breakdown so it's going to be a difficult task. In the form they're in, it'll be a great battle.

"Curry is a massive nuisance at the ruck, he's good at his job. I haven't come up against Sam Simmonds and Alex Dombrandt before, but they're outstanding players for their clubs.

"We'll see what we get on Saturday, but it's a team with a lot of skill and pace, and one that really backs themselves. We'll have to be wary of who we're facing as individuals, and then obviously them playing well as a team."