Japan diplomat pulls out of U.S. news conference over islet dispute with S.Korea 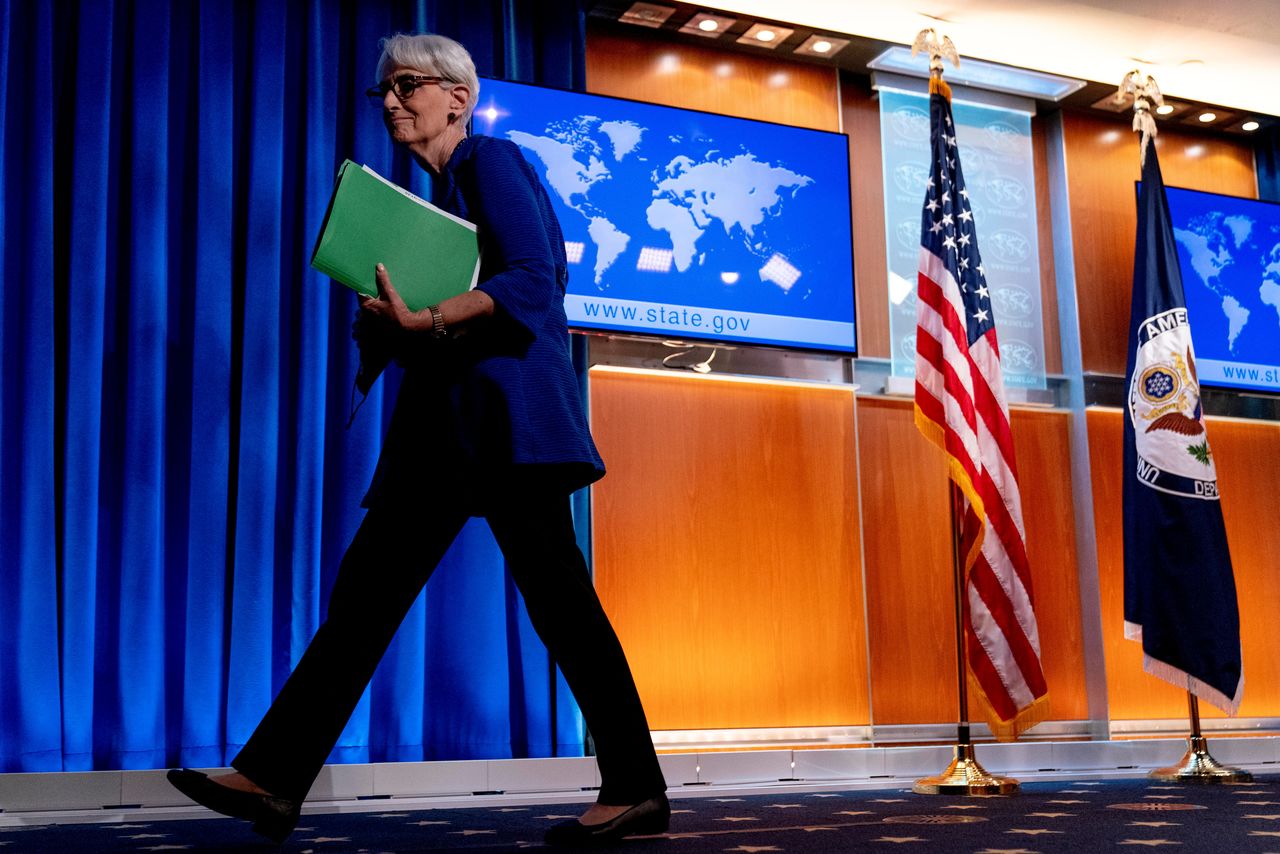 FILE PHOTO: Deputy Secretary of State Wendy Sherman departs after speaking on the situation in Afghanistan at the State Department in Washington, DC, U.S. August 18, 2021. Andrew Harnik/Pool via REUTERS

WASHINGTON (Reuters) -Japan's vice foreign minister pulled out of a planned news conference with his South Korean and U.S. counterparts in Washington on Wednesday over a territorial dispute between the two U.S. allies, a Japanese Embassy spokesperson said.

Sherman began by noting that "there are some bilateral differences between Japan and the Republic of Korea that are continuing to be resolved," but said the cancellation of the joint news conference was not related to the earlier trilateral meeting, which she called "constructive (and) substantive."

The three officials discussed freedom of navigation and overflight in the South China Sea and their countries' commitment to advancing democratic values and human rights, and restated their commitment to maintaining an inclusive, free, peaceful, stable and open Indo-Pacific region, Sherman said.

Japanese Embassy spokesperson Masashi Mizobuchi said Tokyo had "lodged a strong protest" on Tuesday over a visit by South Korea's head of police to disputed islets between the countries, known as Takeshima in Japan. The cluster of windswept volcanic rocks is controlled by Seoul, which calls them Dokdo, but are also claimed by Japan.

"Under these circumstances, we have decided that it is inappropriate to hold a joint press conference," Mizobuchi said in an email.

Choi told reporters in Washington that the Japanese side informed them of its decision not to participate in the news conference shortly before the trilateral talks began.

A spokesman for South Korea's Ministry of Foreign Affairs said he had nothing to add to Choi's remarks but that Seoul's stance remains unchanged that Dokdo is the country’s territory historically, geographically and under international law.

Ties between the two nations have also frayed https://www.reuters.com/article/us-southkorea-japan-history-explainer-idCAKBN1XW19K over Japan's 1910-1945 occupation of Korea, including over "comfort women," Japan's euphemism for mostly Korean women forced to work in its wartime brothels. The historic dispute has sparked tit-for-tat trade restrictions in recent years.

But it was not meant to be publicized and only became known when it was inadvertently listed on his public weekly schedule, the report said.

The visit to the island, which is manned by a small detachment of South Korean police, was the first by a national police chief since 2009, Yonhap said.