What is the SPR, the emergency oil stash Biden may tap? 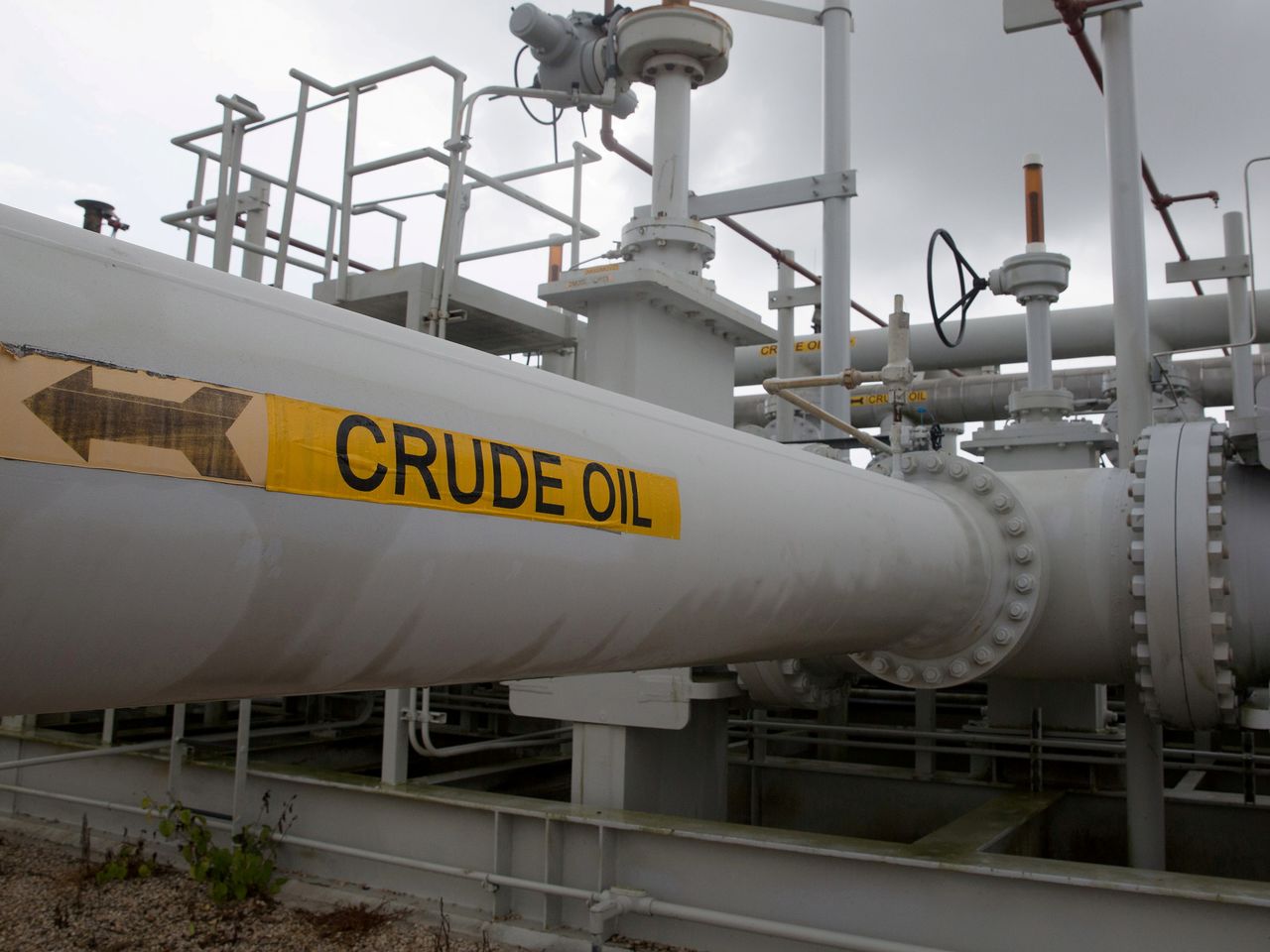 FILE PHOTO: A maze of crude oil pipes and valves is pictured during a tour by the Department of Energy at the Strategic Petroleum Reserve in Freeport, Texas, U.S. June 9, 2016. REUTERS/Richard Carson/File Photo

WASHINGTON (Reuters) - The Biden administration is considering tapping the U.S. Strategic Petroleum Reserve (SPR) to cool oil prices in conjunction with other big consumers like China and Japan.

Such a move may not have a long-term impact on dampeningU.S. oil prices that hit a seven-year high https://www.reuters.com/business/energy/oil-prices-rise-with-few-us-government-brakes-available-2021-11-09 above $85 a barrel in late October, analysts say.

Releasing oil could allow the Biden administration to fendoff criticism ahead of the 2022 midterm elections that it hasdone little to counter rising prices. By moving in tandem withother big consumers like China and Japan, it could also allowBiden to say he took action after Saudi Arabia and Russia,members of the OPEC+ production group, resisted U.S. calls topump more oil into global markets.

Here are the issues surrounding using the SPR.

WHY WAS THE SPR CREATED?

The United States created the SPR in 1975 after the Arab oilembargo spiked gasoline prices and damaged the U.S. economy.Presidents have tapped the stockpile to calm oil markets duringwar or when hurricanes hit oil infrastructure along the U.S.Gulf of Mexico.

HOW MUCH OIL DOES THE SPR HOLD?

The reserve currently holds about 606 million barrels indozens of caverns in four heavily guarded locations on theLouisiana and Texas coasts. That's enough oil to meet U.S.demand for more than a month.

The country also maintains small heating oil and gasolinereserves in the U.S. Northeast.

WHAT OTHER COUNTRIES HAVE STRATEGIC RESERVES?

Besides the United States, the other 29 member countries inthe International Energy Agency (IEA), including the United Kingdom, Germany, Japan and Australia, are required to hold oil in emergency reserves equivalent to 90 days of net oil imports.Japan has one of the largest reserves after China and the UnitedStates.

China, an associate member of the IEA and the world'ssecond-leading oil consumer, created its SPR 15 years ago andheld its first oil reserve auction https://www.reuters.com/world/china/china-tests-oil-clout-battles-inflation-with-first-oil-reserve-auction-2021-09-15 in September. Another IEA associate member, India, the third-biggest oil importer and consumer, also maintains a reserve https://www.reuters.com/world/india/exclusive-india-starts-selling-oil-strategic-reserves-after-policy-shift-2021-08-17.

Overall, OECD governments held more than 1.5 billion barrels of crude as of September, according to the IEA. That is about 15 days of global demand prior to the pandemic.

CAN THOSE COUNTRIES RELEASE OIL ALL AT ONCE?

U.S. presidents can coordinate a SPR release with drawdownsin reserves by other IEA members at the same time. A potentialrelease involving China and India would be the first instance inwhich the U.S. coordinated a release that included those twonations.

HOW DOES THE SPR GET OIL TO MARKET?

Because of its location near big U.S. refining orpetrochemical centers, the SPR can ship as much as 4.4 millionbarrels per day. It can take only 13 days from a presidentialdecision for the first oil to enter the U.S. market, accordingto the Energy Department.

Under a sale, the Energy Department usually holds an onlineauction in which energy companies bid on the oil. Under a swap,oil companies take crude but are required to return it, plusinterest.

U.S. presidents have authorized emergency sales from the SPRthree times, most recently in 2011 during a war in OPEC memberLibya. Sales also took place during the Gulf War in 1991 andafter Hurricane Katrina in 2005.

Oil swaps have taken place more frequently, with the lastexchange held in September after Hurricane Ida.

WHAT IS THE IEA'S ROLE IN NATIONAL SPRs?

There are typically three ways to maintain SPR levels to meet the 90-day requirement, according to the IEA website: commercial stocks held by refiners, those held by the government and agency stocks, with countries choosing which balance to maintain. The stockholding structure is peer-reviewed every five years among members.

Measures to restrain demand or otherwise help supply can also be taken, the IEA says. These may include calls for voluntary fuel savings, fuel-switching such as oil to gas for power generation or "surge production" to quickly tap underground reserves.