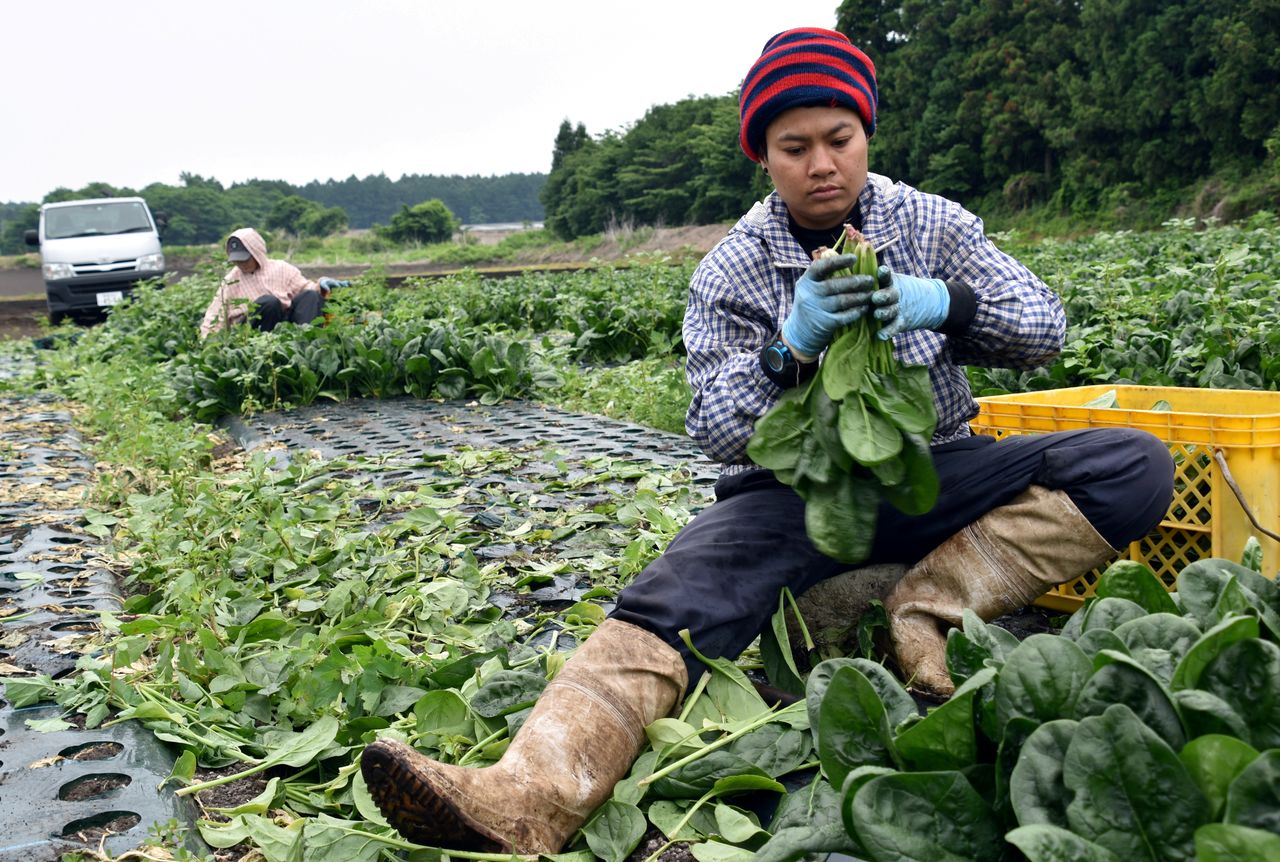 TOKYO (Reuters) -In a major shift for a country long closed to immigrants, Japan is looking to allow foreigners in certain blue-collar jobs to stay indefinitely starting as early as the 2022 fiscal year, a justice ministry official said on Thursday.

Under a law that took effect in 2019, a category of "specified skilled workers" in 14 sectors such as farming, nursing care and sanitation have been granted visas but stays have been limited to five years and without family members for workers in all but the construction and shipbuilding sectors.

Companies had cited those restrictions among reasons they were hesitant to hire such help https://www.reuters.com/article/uk-japan-companies-foreignworkers-idUKKCN1SS310, and the government had been looking to ease those restrictions in the other fields.

If the revision takes effect, such workers - many from Vietnam and China - would be allowed to renew their visas indefinitely and bring their families with them.

Top government spokesman Hirokazu Matsuno stressed, however, that any such change would not mean automatic permanent residency, which would require a separate application process.

Immigration has long been taboo in Japan as many prize ethnic homogeneity, but pressure has mounted to open up its borders due to an acute labour shortage given its dwindling and ageing population.

"As the shrinking population becomes a more serious problem and if Japan wants to be seen as a good option for overseas workers, it needs to communicate that it has the proper structure in place to welcome them," Toshihiro Menju, managing director of think tank Japan Center for International Exchange, told Reuters.

The 2019 law was meant to attract some 345,000 "specified skilled workers" over five years, but the intake has hovered at around 3,000 per month before the COVID-19 pandemic sealed the borders, according to government data.