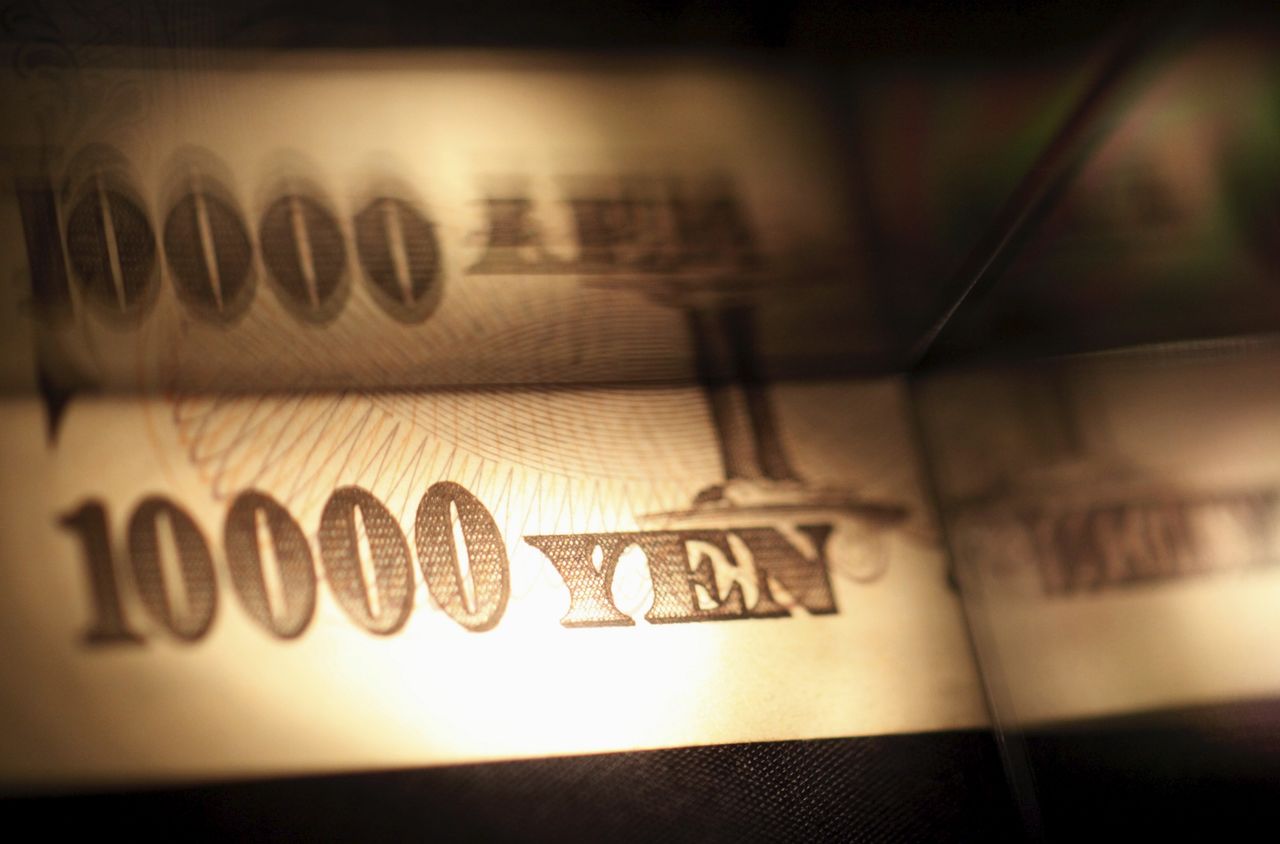 Light is cast on a Japanese 10,000 yen note as it's reflected in a plastic board in Tokyo, in this February 28, 2013 picture illustration. REUTERS/Shohei Miyano/File Photo

TOKYO (Reuters) -Japan's new stimulus package will include record spending of about $488 billion due to huge payouts to cushion the economic blow from the COVID-19 pandemic, the Nikkei newspaper reported on Thursday.

The massive spending would underscore Prime Minister Fumio Kishida's resolve to focus on reflating the economy and redistributing wealth to households and small firms still suffering from the coronavirus pandemic's pain.

The government will likely issue new debt to finance part of the 55.7 trillion yen ($488 billion) in spending, which would exceed two big packages compiled last year, the paper said without citing sources.

The total package, which includes funds that do not lead to immediate spending, will likely reach 78.9 trillion yen, the Nikkei said.

Government and ruling party officials are finalising details of the package, which is to be announced on Friday.

"Payouts and subsidies ought to be delivered as quickly as possible," a government source told Reuters, adding the boost to economic growth from the package would likely start to appear in the January-March quarter.

Japan's Nikkei share average turned positive after the Nikkei report, as the size of spending was much bigger than the up to 40 trillion yen expected by markets. It closed down 0.3% at 29,598.66 on Thursday.

Analysts, however, were sceptical on whether the stimulus can give a lasting boost to stocks and the economy.

"What's important is the content of the package, such as how much of it is related to a growth strategy. If that portion is small, stock markets won't look at it very favourably," said Shingo Ide, chief strategist at NLI Research Institute.

Japan has lagged other economies in pulling out of pandemic-induced doldrums, forcing policymakers to maintain massive fiscal and monetary support even as other advanced nations dial back crisis-mode policies.

Policymakers hope the new spending will help underpin the economy, which shrank more than expected in the third quarter due to the hit to consumption and exports from pandemic curbs and global supply disruptions.

The package will mainly consist of cash payouts to families with children, low-income households and businesses under strain from the pandemic, according to a draft seen by Reuters.

Markets are focusing on how much debt the government will issue under this year's extra budget.

"Even if the government issues new debt, it will likely be around 20 trillion yen. That's an amount that can be smoothly absorbed by markets," said Hiroaki Muto, an economist at Sumitomo Life Insurance.

"The Bank of Japan is controlling the yield curve so interest rates won't rise, which means it is essentially committing to buying an unlimited amount of government debt."

Japan already deployed pandemic-related stimulus worth a combined $3 trillion - roughly two-third the size of its economy - that added strain to its tattered finances.