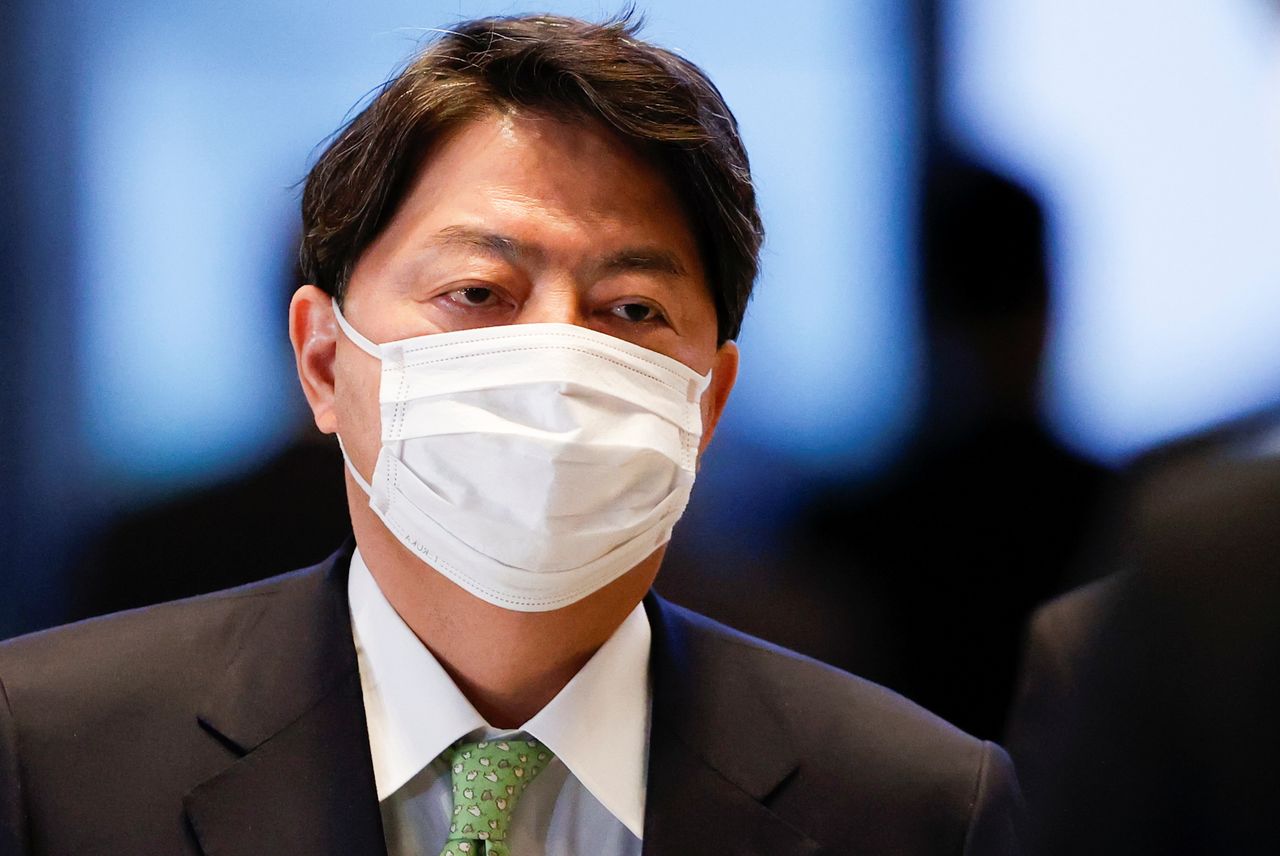 TOKYO (Reuters) - Japanese foreign minister Yoshimasa Hayashi on Thursday emphasised to his Chinese counterpart that peace and stability in the Taiwan Strait are important, while also expressing "deep concern" about the situation in Hong Kong and Xinjiang.

Ties between the two Asian neighbours have been occasionally fraught over a territorial row and memories of World War Two, but Hayashi - who took office this month - said at the time that building stable, constructive ties with China was important.

Hayashi, speaking with Chinese foreign minister Wang Yi for the first time, expressed his intention to make efforts towards that, Japan's foreign ministry said in a statement.

But he also said he felt "deep concern" about the situation in the former British colony of Hong Kong, where authorities have been cracking down on pro-democracy politicians, and the western Chinese region of Xinjiang, where rights groups say members of a Muslim minority are facing persecution.

China brushes off concern about human rights in those places.

Hayashi also "emphasised the importance of peace and stability in the Taiwan Strait," where tension between the self-ruled island of Taiwan and China has been rising, the ministry added. China says Taiwan is its territory.

Hayashi said he hoped Japan and China would be able to hold discussions on these and other matters in future.