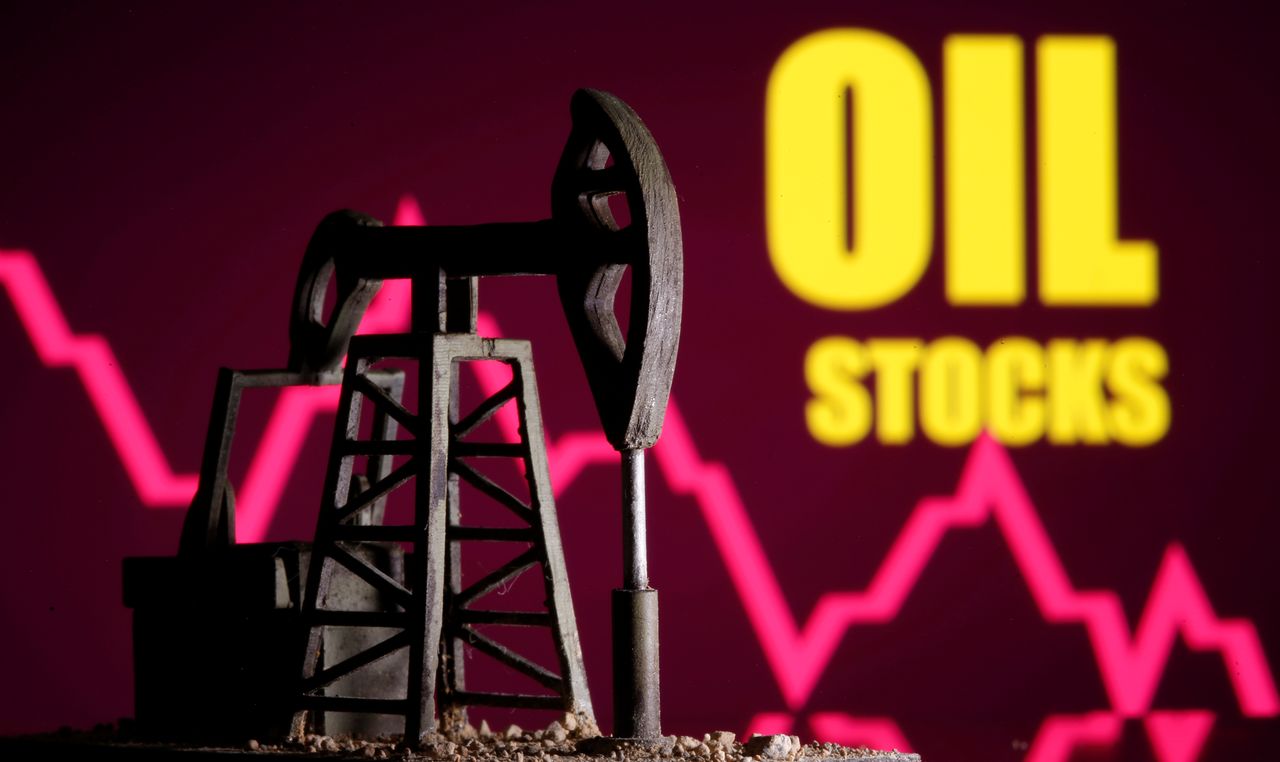 MILAN (Reuters) -Shares in oil companies fell on Thursday as plans by the world's top consuming nations to release strategic reserves sent crude prices to multi-week lows, curbing enthusiasm for one of the best performing sectors across equity markets in recent months.

China said it was working on a release of its reserves, although it declined to comment on the U.S. request. Other Asian countries were looking into it, though they said they could not release reserves to cool oil prices.

The oil and gas stock index was the biggest sectoral loser in Europe, down 2.1%, eroding part of the stellar gains driven by a rally in oil and gas prices. Despite today's decline, the index is up around 20% so far this year, almost keeping pace with the 22% gain for the broader market.

Oil majors Royal Dutch Shell, TotalEnergies and BP - the three largest European majors with a combined market capitalisation of more than $350 billion, were down between 1.4% and 2.3%.

"After flying with fantasy forecasts of oil reaching $150 over the past few months, we are now coming back down to earth. Oil prices remain a declining asset class and this is a sector where there are fewer investments," said Michele Pedroni, fund manager at DECALIA in Geneva.

"Even though oil demand remains good.. Today's news has rung the first alarm bell to start scaling back the rally that we've seen over the past few months," he added.

Shares in big U.S. oil groups, Exxon Mobil, Chevron, and ConocoPhillips traded down between 0.1% and 1.5% in early trading on Wall Street, following losses in the previous session when oil producers warned of impending oversupply. Their losses dragged the S&P 500 Energy index to its lowest in five weeks.

Brent crude in London was up slightly on Thursday but declined in early trading as much as 1.2% to a six-week low of $79.28 per barrel. U.S. West Texas Intermediate was down 1.6% at one point at 77.08, also the lowest since early last month. [O/R]