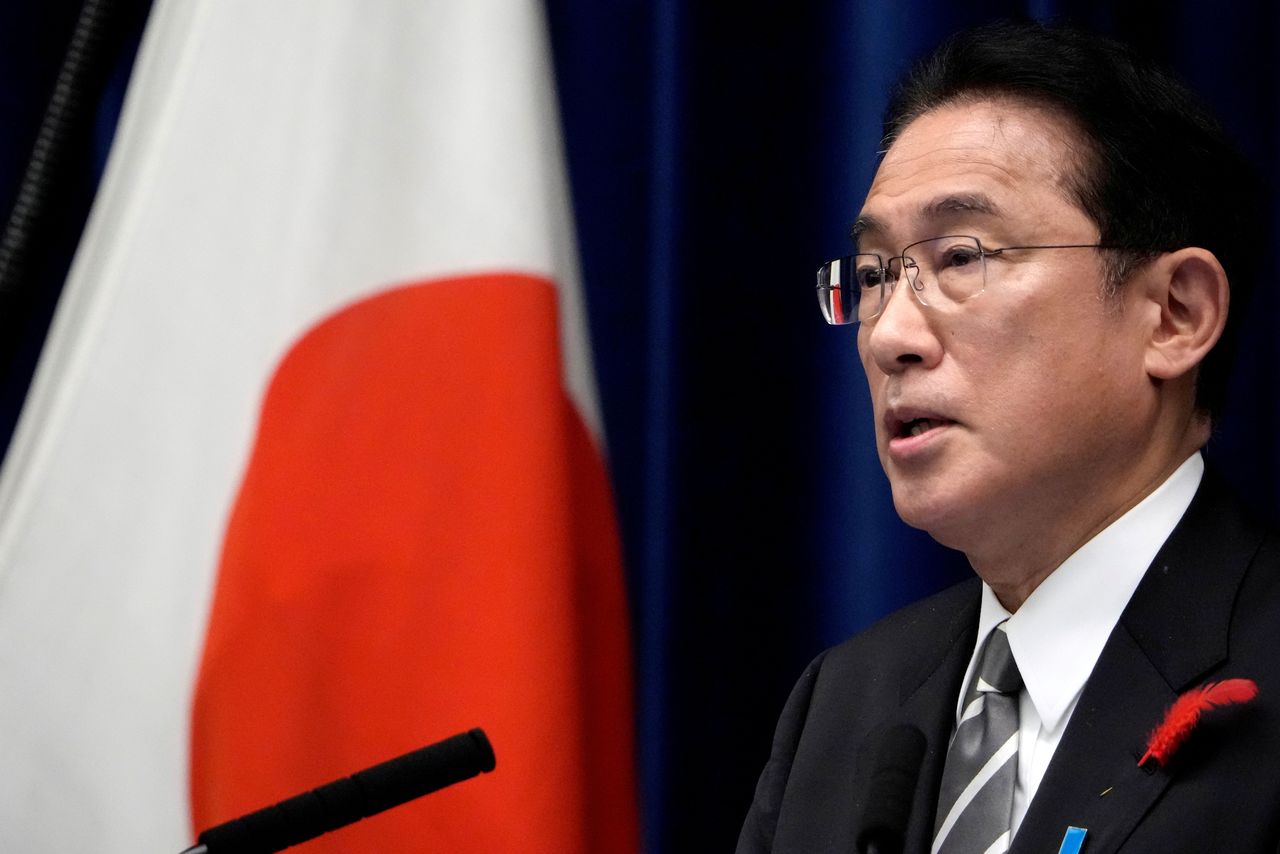 By Yoshifumi Takemoto and Kiyoshi Takenaka

TOKYO (Reuters) -Japan plans record defence spending in an extra budget expected to be announced along with an economic stimulus package on Friday as former prime minister Shinzo Abe called for a "new level" of defence cooperation with ally Australia.

The developments come as Japan and Western allies including the United States, Britain and Australia respond to increased Chinese militarisation in Asia-Pacific.

Japan plans to allocate more than 700 billion yen ($6.12 billion) for defence in a supplementary budget that will form a part of the economic stimulus package to be announced on Friday by Prime Minister Fumio Kishida's government, according to two government and ruling coalition sources who declined to be identified because the plan is not public.

That amount is up about 50% from the previous high, logged in fiscal 2018, in terms of annual defence spending allocated in extra budgets, the Nikkei business daily said.

Part of the defence spending in the extra budget will be earmarked for patrol planes, transport aircraft and mines, the sources said.

Japan has long committed to keeping its military budgets within 1% of gross domestic product (GDP), a number that has eased concern at home and abroad about any revival of the militarism that led it into World War Two.

But with concern growing about China's military in the disputed East China Sea, the ruling Liberal Democratic Party (LDP) included a goal of spending 2% of GDP https://www.reuters.com/world/asia-pacific/with-an-eye-china-japans-ruling-party-makes-unprecedented-defence-spending-2021-10-13 or more on the military in its policy platform ahead of an election held on Oct 31.

Japan's defence ministry wants money for an indigenous stealth fighter and missiles that can travel more than 1,000 km(621 miles), among others, while the country is also building up cyber, space and electromagnetic warfare capabilities.

Japan is also aiming to strengthen ties with allies and friendly nations such as Australia, a point that Abe - who resigned last year but remains influential in the LDP - made on Friday while taking part in an online seminar organised by an Australian think tank.

"Given the regional security environment which has become increasingly severe, there is a need to elevate Japan-Australia bilateral security and defence cooperation to a new level," he said in a speech for the event, also addressed by Indian Prime Minister Narendra Modi.

Abe said Japan should cooperate with the AUKUS security partners - the United States, Britain and Australia - on artificial intelligence, cyber capabilities and quantum technologies. The AUKUS pact is widely seen as a response to Chinese militarisation in the region.