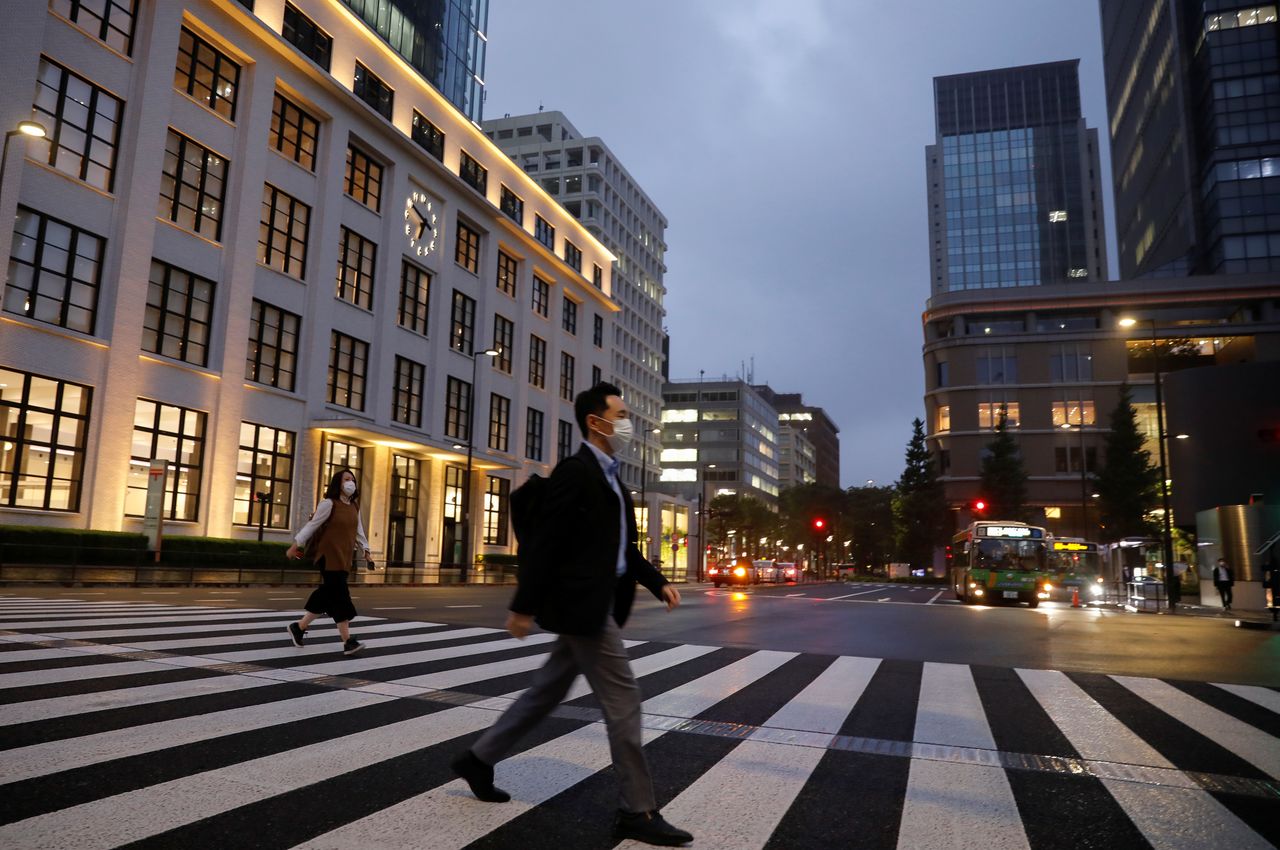 FILE PHOTO: A pedestrian wearing a protective face mask crosses a street, amid the coronavirus disease (COVID-19) outbreak, in the business district in Tokyo, Japan, May 21, 2020.REUTERS/Kim Kyung-Hoon

Spending has ballooned due to an array of payouts including those criticised for being unrelated to the pandemic, such as cash handouts to households with youth aged 18 or below, and will likely lead to additional bond issuance this year.

The massive spending would underscore the resolve of Prime Minister Fumio Kishida - once considered a fiscal conservative -to focus on reflating the economy and redistributing wealth to households.

"Though Kishida has been known in the past for being somewhat hawkish, he appears set to continue the Abenomics paradigm for several more years."

The package, finalised at a cabinet meeting on Friday, included 55.7 trillion yen ($490 billion) in spending for items ranging from cash payouts to households, subsidies to COVID-hit firms and reserves set aside for emergency pandemic spending.

The size of spending was much bigger than the 30-40 trillion yen estimated by markets, and will be mostly funded by an extra budget of around 32 trillion yen to be compiled this year. The remainder will likely be funded by next year's budget.

The total package, which includes funds that do not lead to immediate spending, will likely reach 78.9 trillion yen.

"We'll mobilise all available tools to fund the package, including issuing deficit-covering bonds," Kishida said in a group interview. He did not say how much debt could be issued.

Critics of the package focused on its eye-popping scale.

"Inflating the size may have become the purpose with little discretion made on whether the spending would be effective," said Takumi Tsunoda, senior economist at Shinkin Central Bank Research Institute. "It's a lot of wasteful spending."

Japan has lagged other economies in pulling out of the pandemic-induced slump, forcing policymakers to maintain massive fiscal and monetary support even as other advanced nations dial back crisis-mode policies.

Policymakers hope the new spending will help underpin the economy, which shrank more than expected in the third quarter due to the hit to consumption and exports from pandemic curbs and global supply disruptions.

Japan's three massive spending packages to counter the pandemic have left it with outstanding long-term debt roughly double the size of its $5 trillion economy.