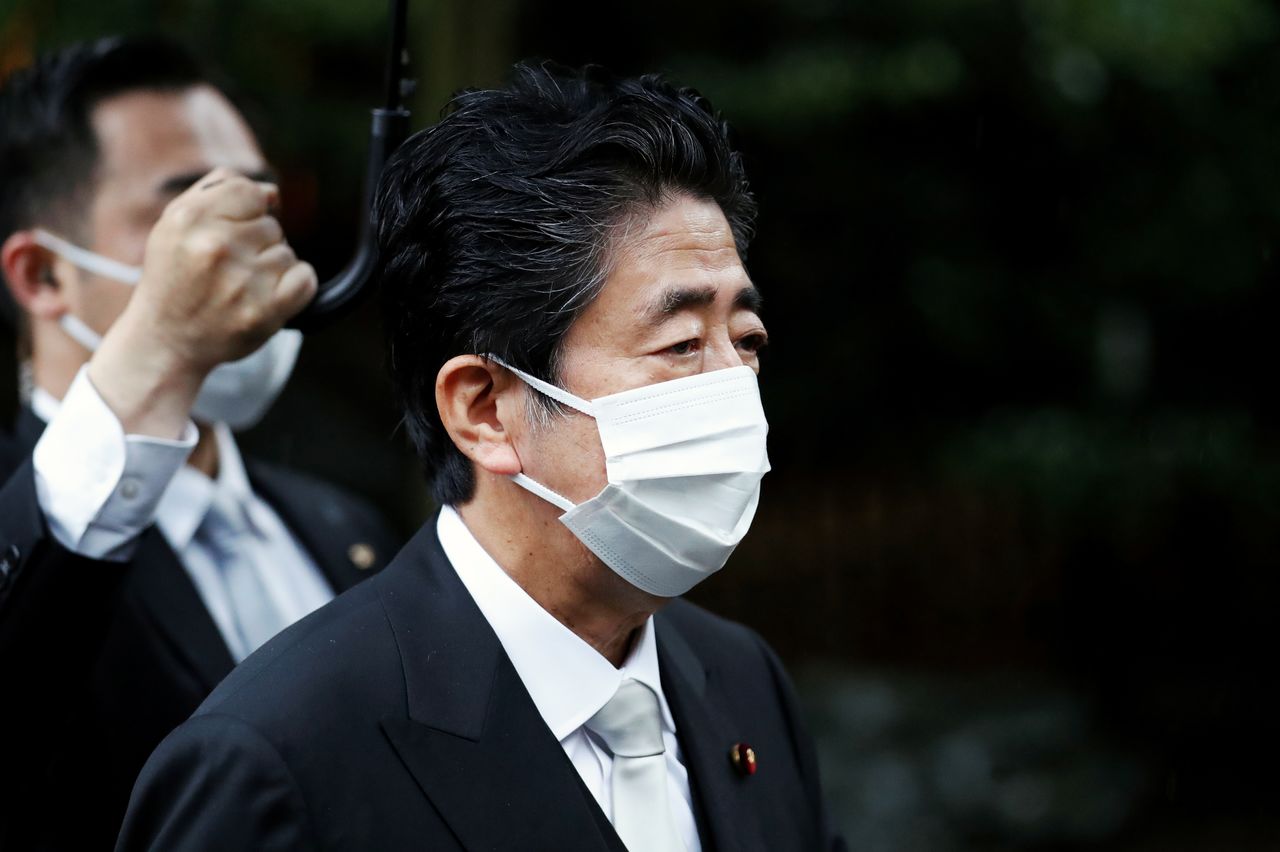 The AUKUS pact, which was agreed in September and will see Australia acquiring technology to deploy nuclear-powered submarines, is widely seen as a response to Chinese militarisation in the region, particularly in the strategically important South China Sea.

Japan aims to strengthen ties with ally the United States and other friendly nations while bolstering its own defence posture, as it faces Chinese military expansion.

"A key to realising a free and open Indo-Pacific is ensuring like-minded countries' mid- to long-term engagement with the Indo-Pacific region. From this standpoint, I welcome the formation of AUKUS," Abe said in a speech at an online forum.

"It is extremely important to carry out multi-layered efforts to promote the peace and stability of the Indo-Pacific region. I believe Japan should engage in AUKUS cooperation in such areas as cyber capabilities, artificial intelligence and quantum technologies."

British Prime Minister Boris Johnson has said although AUKUS partnership will begin with nuclear-powered submarines, alliance members expect to accelerate the development of other advanced defence systems including in cyber, AI and quantum computing.

Japan forms the Quad grouping with India and two of the AUKUS members - Australia and the United States. Quad leaders in September held their first in-person summit, which presented a united front amid shared concerns about China.

"Given the regional security environment which has become increasingly severe, there is a need to elevate Japan-Australia bilateral security and defence cooperation to a new level."

Abe, Japan's longest-serving prime minister, stepped down last year due to ill health, but stayed on as a lawmaker and this month took over as the head of the ruling Liberal Democratic Party's largest faction.