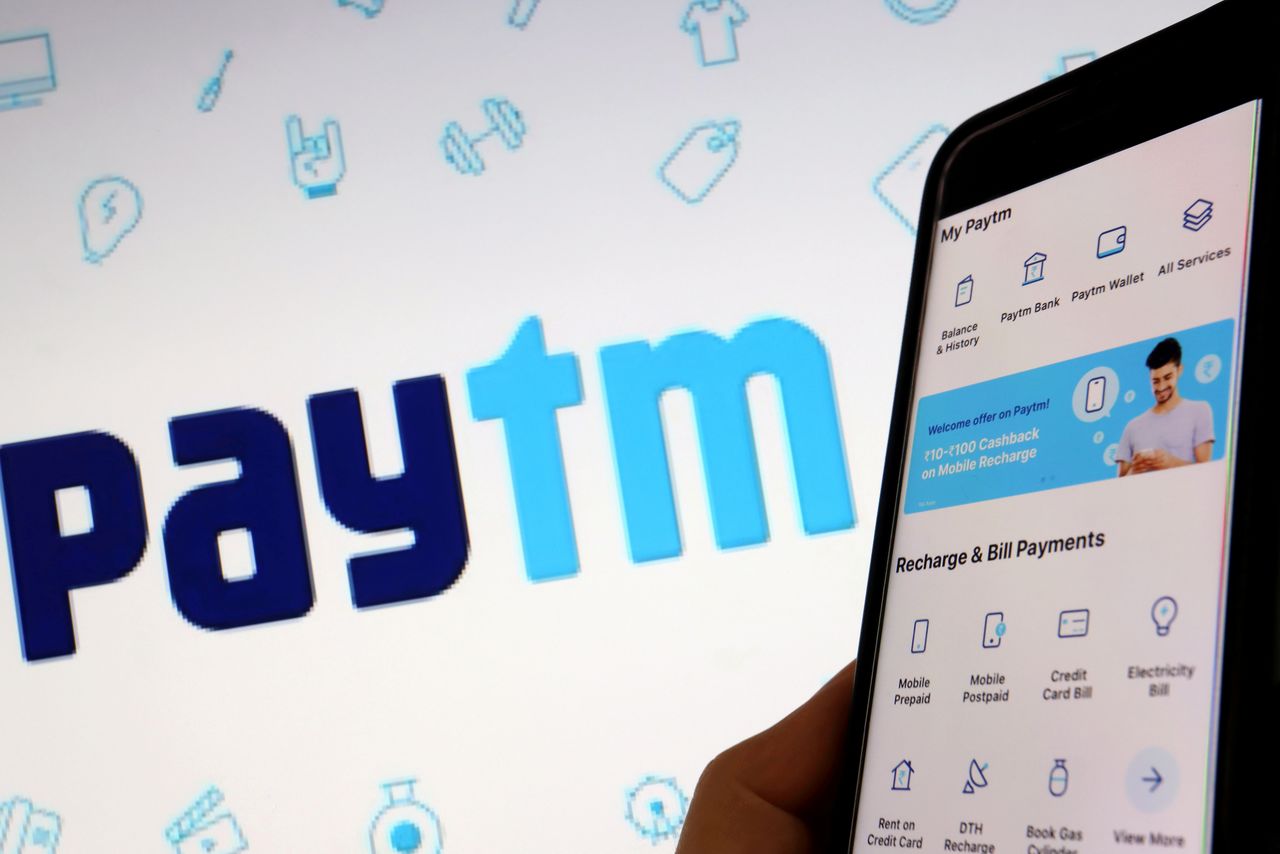 MUMBAI (Reuters) - Paytm's dismal stock market debut this week is likely to put a damper on future offerings after the IPO of the digital payments firm ranked among the worst-performing in Indian history, six analysts and bankers said on Friday.

Indian companies have raised a staggering $9.7 billion through initial share sales in the first nine months of 2021, for the highest such tally in any of the corresponding periods of the last two decades, said accountants EY.

But offerings planned for later this year, such as those by payments rival MobiKwik and hotel aggregator OYO, will face questions after Paytm's debut plunge of more than 27%, as investors turned queasy at its lack of profits and lofty value.

"This episode should hopefully bring some realism to valuations that promoters expect from the public markets," said Kristy Fong, a senior investment director at fund manager abrdn, based in Singapore.

Investors and analysts who expressed concern over the IPO valuation of the loss-making Paytm at about $18.7 billion had cautioned that "frothy" valuations with unclear business models might not end up well in the current market.

"It will take three to four months for people to forget Paytm and that it destroyed wealth," said Jimeet Modi, founder of Mumbai-based brokerage Samco Securities.

"Until that time, it's going to be tough for all super-expensive IPOs."

But the debut of Paytm, which is backed by Ant Group and SoftBank, was in stark contrast to that of food delivery firm Zomato, which surged 66% in July after raising $1.2 billion.

Similarly, shares in FSN E-Commerce, which owns cosmetics-to-fashion platform Nykaa, jumped 80% on their debut this month.

Now analysts fear that even approaching IPOs which have seen huge demand may take a beating on listing.

"This will put spokes in the market ... even the ones that have seen huge subscriptions will see a drop in the premiums," Arun Kejriwal, founder of independent research firm KRIS, told Reuters.

BEHEMOTH LIC IN THE WINGS

All eyes are turning to plans for India's biggest-ever IPO, that of state-owned life insurance behemoth LIC, which is expected by the end of March 2022 and could raise more than $10 billion if the government offers a stake of 10%.

Some analysts see little risk from the Paytm fallout for LIC, however, as it is a household name in India, commanding more than 60% of the life insurance market, with assets exceeding $500 billion.

"My sense is even if they price LIC a little higher, I think given what it is, and what it stands for, and what's been built over many years, I don't think it'll be a problem," said an executive at a boutique investment bank who sought anonymity.

"There's tremendous interest and there's money in the market."

Some say concerns over LIC cannot be ruled out, though, despite a business model that is starkly different from that of Paytm.

"Everybody will be in a bit of a learning mode after this (Paytm) listing," said one of the investment bankers working on LIC's IPO, adding that they remained confident about its chances.