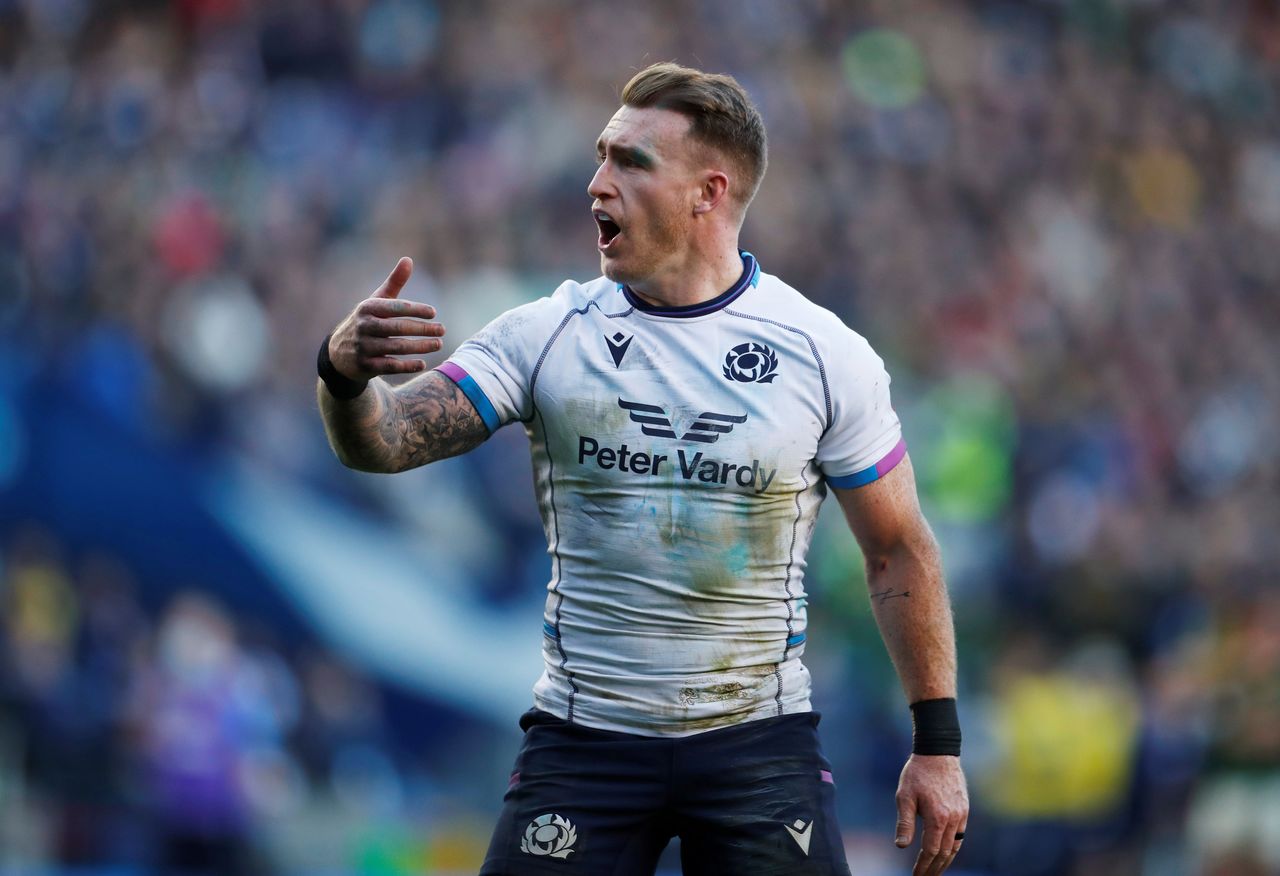 EDINBURGH (Reuters) - Scotland captain Stuart Hogg called on his players to put in a "complete performance" in Saturday’s autumn international against Japan, who will represent a stark contrast in playing style to last week's opponents South Africa.

Scotland were left bruised and battered in the face of South Africa’s power game in last weekend’s 30-15 loss to the Springboks, but the Japanese, as Hogg knows all too well, are about pace, movement and guile.

Hosts Japan beat the Scots 28-21 at the 2019 Rugby World Cup to knock them out of the competition in the group stage, a thrilling contest in Yokohama that in many ways sparked a new era for the side with younger players selected.

"That was ages ago!" Hogg joked with reporters on Friday. "We know Japan are a quality side and they have been building for a number of years. We know exactly what they're about. It will be end-to-end and exciting."

Wins over Tonga and Australia preceded the loss to the Boks, though Hogg admits even those performances were far from perfect.

"I just want to see us perform to the best of our ability. If we are being honest, we have yet to have a complete performance both sides of the ball. But we have learnt a huge amount in these last three games.

"We just want to win. I know the way we want to try and play, but I don’t care how we win as long as we do."

For Hogg, Saturday’s game is another step to the next World Cup in France in 2023, and following the devastation of an early exit last time, he is encouraged with the progress of the side since 2019.

"We have gained some valuable experience collectively and individually. Every time we play we learn new things. We want players to come here, work hard and enjoy themselves. We are in a good place."