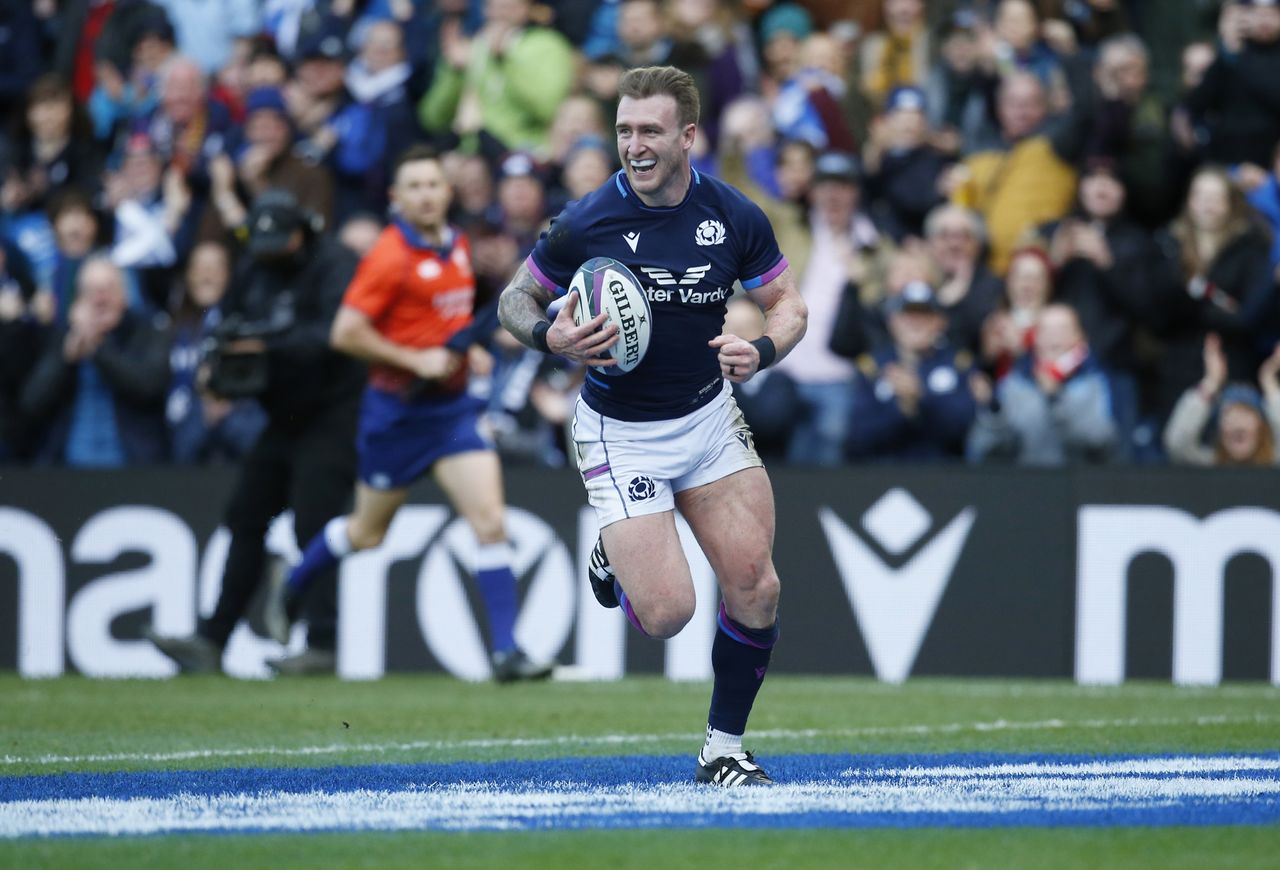 EDINBURGH (Reuters) - Fullback Stuart Hogg became Scotland’s all-time leading try-scorer in tests on Saturday but was more eager to focus on his side's 29-20 victory over Japan at Murrayfield that saw them end their autumn series with three wins from four.

Captain Hogg moved to 25 tries in a Scotland jersey, one ahead of Tony Stanger and Ian Smith having bagged a brace last weekend in the defeat to South Africa, and he enjoyed the moment.

"I loved it," Hogg said. "You can see in my reaction how much it meant to me. But the main thing was we got a good win. And we will take it and move on."

It was far from the complete performance Hogg so often talks about wanting from his side, but boosted by their forward superiority they just about kept the Japanese at bay.

"At times we were spot on, I think the first period of defensive play was outstanding," he said. "Then there were other parts we let slip, our discipline at times wasn’t where it needed to be.

"But we have managed to win three of the four games this autumn, and the exciting thing for me is we are not quite satisfied with everything that happened. We wanted to put on a performance that we could be proud of.

"There were times we were very clinical and good defensively, but we have yet to put on the 80-minute performance."

Scotland led 26-20 with two minutes to play when they won a penalty in front of the posts. Flyhalf Finn Russell seemed keen to kick for the corner rather than take the easy three points and debated the issue with Hogg, who revealed it was all a ruse to wind down the clock.

"He told me after the game that he was only winding me up, and he did, which was fine because there was three of us against him. There was no way we were going for the poles, he was just adding 20 seconds to the clock."