Soccer-Gerrard off to a flyer with Villa, Solskjaer feels heat after United thumped at Watford 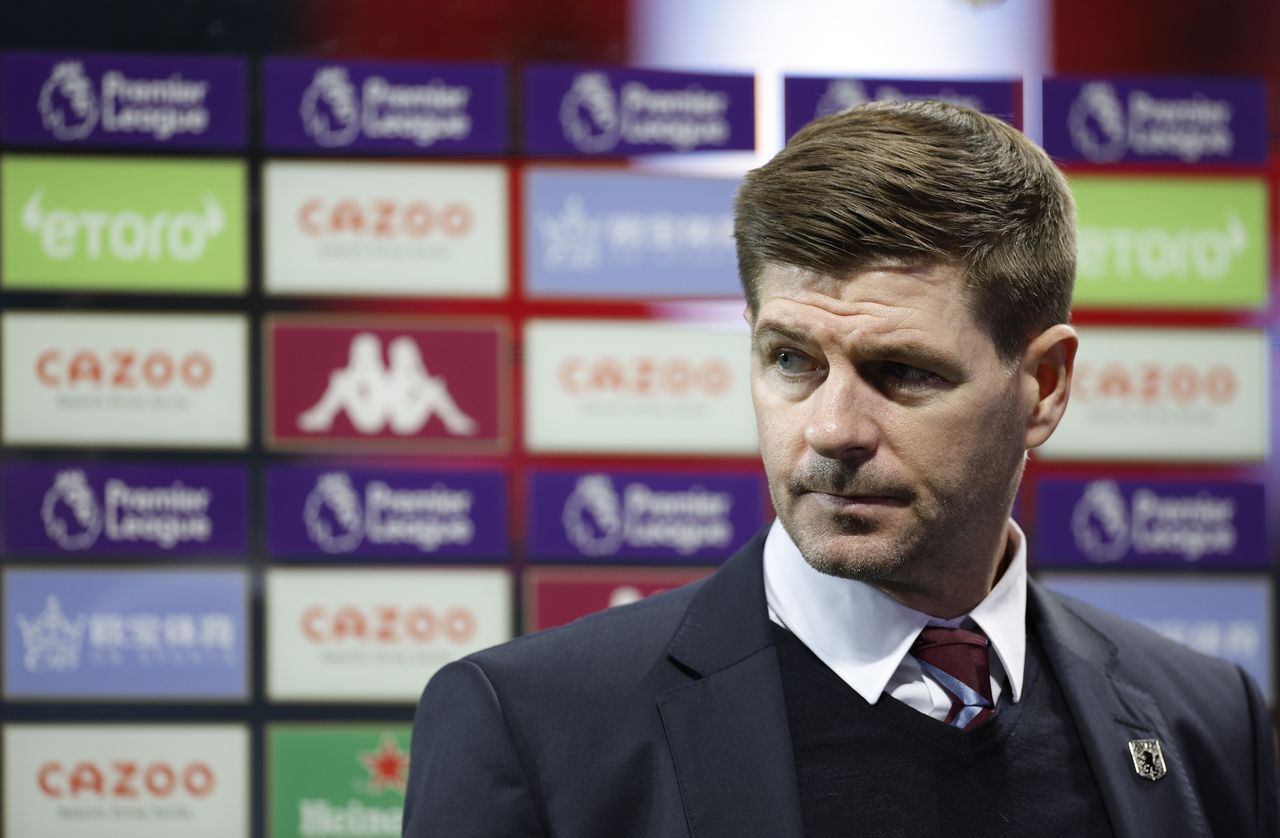 LONDON (Reuters) - Steven Gerrard enjoyed a triumphant return to the Premier League as his managerial reign at Aston Villa began in style on Saturday but the problems piled up for Manchester United boss Ole Gunnar Solskjaer after a 4-1 hammering at Watford.

Chelsea surged clear at the top with a 3-0 victory at Leicester City while Liverpool kept up the chase, moving second with a convincing 4-0 win over Arsenal.

At the other end of the table Newcastle United hit the bottom as they remained winless after 12 games following a 3-3 home draw with Brentford.

Gerrard was one of three new managers as the season resumed following the international break with Dean Smith, the man he replaced at Villa Park, also getting off to a great start as he guided Norwich City to a 2-1 victory over Southampton.

A stunning 84th minute strike by Ollie Watkins and a late goal by Tyrone Mings gave Aston Villa a 2-0 win over Brighton and Hove Albion in Gerrard's bow as a Premier League manager.

"It feels really good and it was the result that we dreamt of. It was the perfect start for us but now we've got to go and prove that we can back it up," Gerrard said after Villa ended a five-match losing run in the league.

The pressure is ratcheting up on Solskjaer after another calamitous display by his misfiring side.

They were lucky to only be 2-0 down at halftime, with Joshua King and Ismaila Sarr on target for Watford. Donny van de Beek pulled a goal back in the 50th minute but they capitulated after Harry Maguire was sent off in the 69th minute.

"It was hard to watch the team playing today. It was nightmare after nightmare. It's not acceptable," keeper David de Gea, who saved Sarr's first-half penalty, said.

Chelsea sent out a clear message in the title race with goals by Antonio Rudiger, N'Golo Kante and Christian Pulisic crushing Leicester to put Thomas Tuchel's side on 29 points, four points ahead of Liverpool and six clear of third-placed champions Manchester City who are at home to Everton on Sunday.

Arsenal travelled to Anfield on an eight-game unbeaten run but could not cope with a Liverpool side, smarting from their defeat to West Ham before the international break.

Sadio Mane broke the deadlock in the 39th minute, meeting a perfect free kick from Trent Alexander-Arnold with a well-placed header.

Arsenal keeper Aaron Ramsdale produced a string of saves to keep Liverpool's lead to a single goal but he could do nothing to stop Diogo Jota skipping past him in the 52nd minute after a dreadful misplaced pass from Arsenal defender Nuno Tavares.

Mohamed Salah got in on the act with a close-range finish from a Mane cross in the 73rd minute, before Japan's Takumi Minamino came off the bench to turn in a cross from Alexander-Arnold with his first touch in the 77th.

"It was exactly what we needed - nothing more and nothing less," said Alexander-Arnold.

"The first 15-20 minutes of the second half were as good as we've pressed all season. We were all over them - they were just seeing red blurs all over the place. That second half was outstanding," he added.

Smith's last game for Villa was a defeat by Southampton but, against the same opposition, he gave Norwich renewed hope that they can climb away from the relegation zone.

Norwich fell behind early on when Che Adams scored but Teemu Pukki equalised soon after and a glancing header by Grant Hanley earned Norwich their first home win of the season to lift them to 19th place with eight points, three behind 17th placed Leeds United.

Newcastle are now bottom as they marked the start of Eddie Howe's tenure with a thrilling draw with Brentford.

Howe was not in the stadium as he was confined with COVID-19 but at least his side avoided defeat as French winger Allan Saint-Maximin rescued a point late on.

Burnley and Crystal Palace also shared six goals at Turf Moor while high-flying West Ham United were brought back to earth with a 1-0 defeat at Wolverhampton Wanderers.