Japan floated idea of national honour for MLB's Ohtani, but he declined 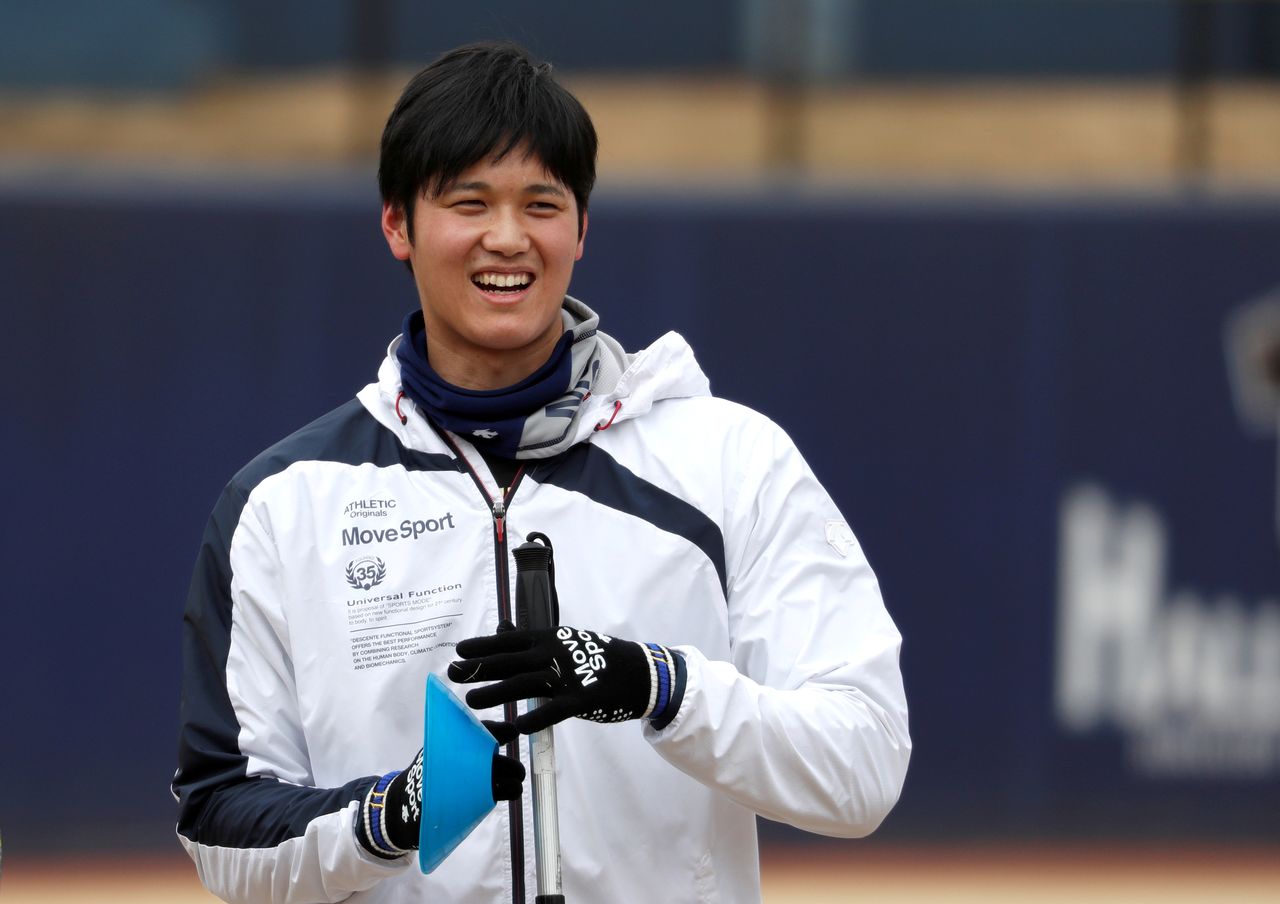 FILE PHOTO: Japanese pitching and hitting star Shohei Ohtani works out ahead of his move to the Los Angeles Angels in Kamagaya, east of Tokyo, Japan January 5, 2018. REUTERS/Issei Kato/File Photo

TOKYO (Reuters) -Japan floated the idea of presenting a prestigious national honour to Shohei Ohtani after the baseball star won one of the top awards in U.S. Major League Baseball - but he declined, saying it was still "too early."

Ohtani, 27 and a player for the Los Angeles Angels, on Friday was awaded by unanimous vote the Most Valuable Player award for the American League, becoming only the second Japanese player to do so after Ichiro Suzuki, then with the Seattle Mariners, in 2001.

"We approached Ohtani's side about giving him the People's Honour Award, but he declined, saying it was still too early," chief cabinet secretary Hirokazu Matsuno told a news conference.

"The impression was that he wants to concentrate to attain still greater heights. We join with the people of Japan to pray for even more success for him in future seasons."

The award has been given to sports figures who have done well in the past, such as figure skater Yuzuru Hanyu after he won a second successive Olympic gold medal in 2018, but baseball player Suzuki turned it down three times.

Ohtani's popularity in Japan has been fed by his earnest humbleness, analysts say. Typical of this was a Friday media report saying that instead of celebrating his MVP win, he would spend the evening with his mother.