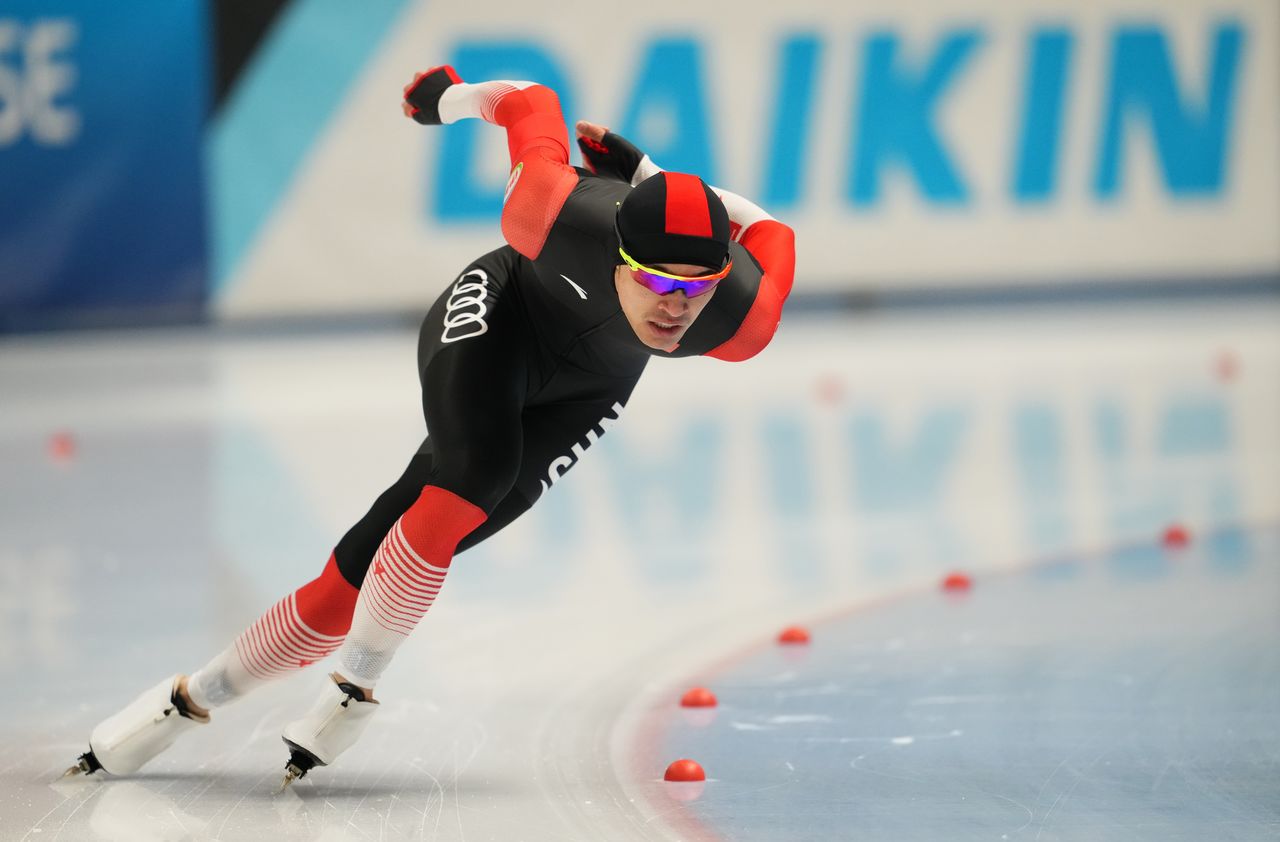 (Reuters) - China's Ning Zhongyan stepped up preparations for the Winter Olympics that will be on home ice in February after winning the men's 1,500m final at the speed skating World Cup leg in Stavanger, Norway on Sunday.

Ning won gold in 1:45.16 and took the lead in the World Cup rankings from South Korean Kim Min-Seok, who won bronze in Stavanger. American Joey Mantia took the silver medal to complete the podium.

Ning, who stepped up his game after last week's silver medal in the Poland leg of the World Cup, said the gold medal will boost his confidence before the 2022 Winter Olympics begin in Beijing on Feb. 4.

"It's very important for me to win this medal. It gives me great confidence for the Olympic year going forward," Ning said in a statement https://www.isu.org/isu-news/news/130-wc-speed-skating-news/13809-ning-chn-gearing-up-for-beijing-with-1500m-gold-as-shinhama-jpn-takes-second-500m-win?templateParam=15.

"Yes, there's some degree of pressure for sure with the Olympics in China but I believe athletes from other countries have pressure too."

World Champion Thomas Krol and Olympic champion Kjeld Nuis had yet another disappointing week, with the Dutchmen finishing fifth and seventh, respectively.

Shinhama won his second 500m race of the new World Cup season, though Canada's Laurent Dubreuil held on to the lead in the rankings after finishing second.

Kodaira and Takagi won the women's 500m and 1500m, respectively.

Kodaira completed the medal set in Stavanger, having won 1000m bronze on Friday and 500m silver on Saturday.

(Reporting by Manasi Pathak in Bengaluru; Editing by Jacqueline Wong)