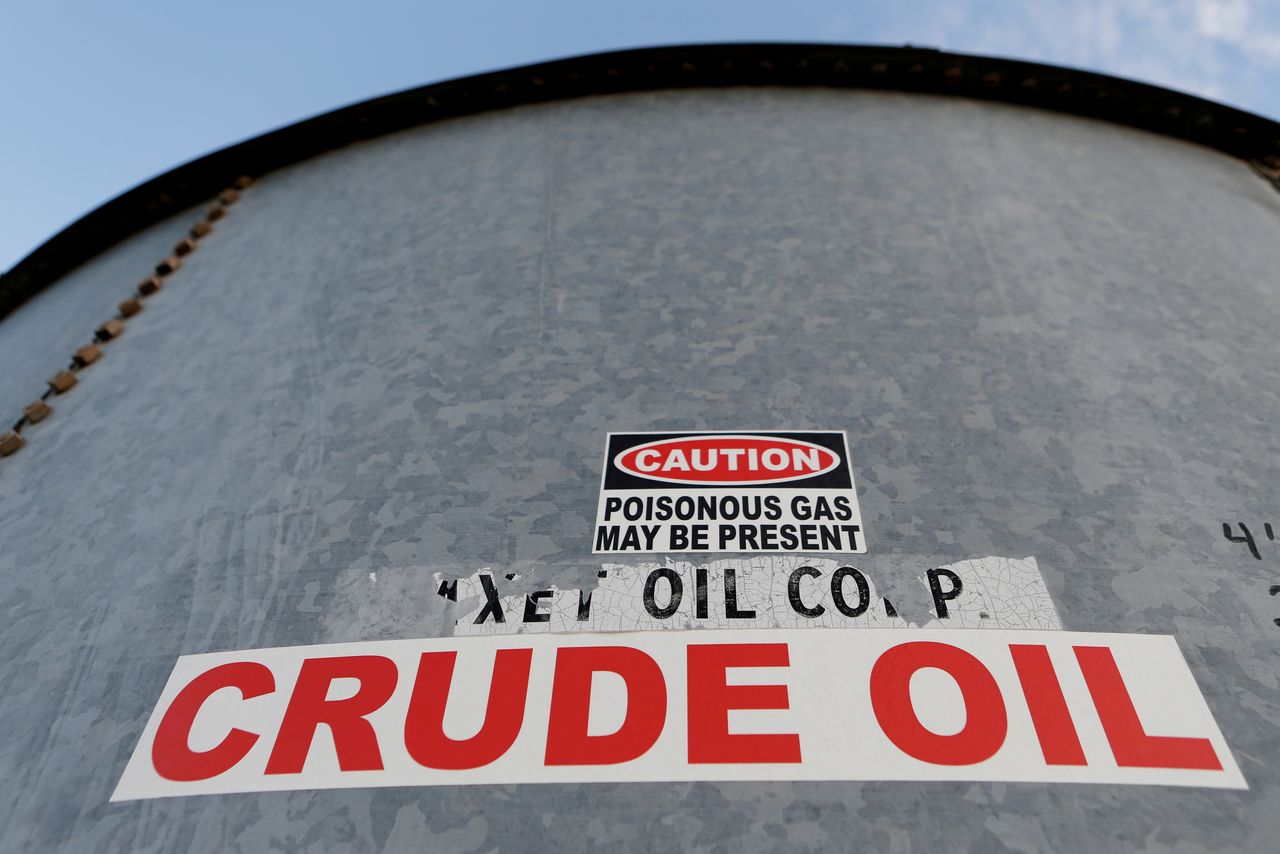 FILE PHOTO: A sticker reads crude oil on the side of a storage tank in the Permian Basin in Mentone, Loving County, Texas, U.S. November 22, 2019. REUTERS/Angus Mordant/File Photo

(Reuters) - The recent declines in oil prices were "excessive" given that the oil market remains in a deficit, Goldman Sachs said, adding that it reiterates its $85-per-barrel forecast for the fourth quarter.

Oil prices came off seven-week lows on Monday but they remained under pressure after Japan said it was weighing releasing oil reserves and as the worsening COVID-19 situation in Europe raised demand concerns.

"The magnitude of deficit is in fact on its own sufficient to absorb the current perceived headwinds to the oil bull thesis, with lower prices in fact reducing the odds of a strategic release," the bank said in a note dated Friday.

The investment bank also said concerns over Chinese growth, its property sector, and its impact on oil demand may have contributed to oil's fall but the move lower has "overshot" that risk.

(Reporting by Seher Dareen and Nakul Iyer in Bengaluru; editing by Uttaresh.V)