WASHINGTON (Reuters) -The administration of U.S. President Joe Biden announced on Tuesday it will release millions of barrels of oil from strategic reserves in coordination with China, India, South Korea, Japan and Britain, to try to cool prices after OPEC+ producers repeatedly ignored calls for more crude.

Biden, facing low approval ratings and accelerating inflation ahead of next year's congressional elections, has grown frustrated at repeatedly asking the Organization of the Petroleum Exporting Countries and its allies, known as OPEC+, to pump more oil without any response.

"I told you before that we're going to take action on these problems. That's exactly what we're doing," Biden said in remarks broadcast from the White House.

"It will take time, but before long you should see the price of gas drop where you fill up your tank, and in the longer-term we will reduce our reliance on oil as we shift to clean energy," he said.

Crude oil prices recently touched seven-year highs, and consumers are feeling the pain. Retail gasoline prices are up more than 60% in the last year, the fastest rate of increase since 2000, largely because people have returned to the roads as pandemic-induced restrictions have eased.

Japan will release "a few hundred thousand kilolitres" of oil from its national reserve, but the timing of the sale has not been decided, industry minister Koichi Hagiuda told reporters on Wednesday.

Earlier the Nikkei newspaper reported that Japan will release about 4.2 million barrels of oil (666,666 kilolitres) or about 1 or 2 days' worth of its demand. A Japanese refining source said it has already bought oil for processing in February 2022.

Seoul has said it would decide after discussions with the United States and other allies, but did not provide any details.

China, the world's largest crude importer, remains non-committal, though it has taken steps this year to cool price rises of other commodities in its domestic market. Beijing will release crude oil from its reserves according to its needs, a foreign ministry spokesman said on Wednesday.

"As a result, the Biden administration will have to turn to China again. This is a direction that benefits everyone, but China clearly has the upper hand," the state-backed Global Times said in an editorial.

Brent crude rose for a second day on Wednesday to $82.70 a barrel by 0908 GMT, after falling more than 10% for several days on concerns of more supplies from SPR releases. Goldman Sachs said the volume announced was "a drop in the ocean". [O/R][nL1N2SF013]

It was the first time that the United States had coordinated such a move with some of the world's largest Asian oil consumers, officials said.

OPEC+, which includes Saudi Arabia and other U.S. allies in the Gulf, as well as Russia, has rebuffed requests so far to pump more. It meets again on Dec. 2 to discuss policy but has so far shown no indication it will change tack.

The group has been struggling to meet existing targets https://www.reuters.com/markets/europe/us-wants-more-oil-opec-cant-turn-tap-much-harder-2021-11-23 under its agreement to gradually increase production by 400,000 barrels per day (bpd) each month - a pace Washington sees as too slow - and it remains worried that a resurgence of coronavirus cases could again drive down demand.

Recent high oil prices have been caused by a sharp rebound in global demand, which cratered early in the pandemic in 2021, and analysts have said that releasing reserves may not be enough to curb further rises.

"It's not large enough to bring down prices in a meaningful way and may even backfire if it prompts OPEC+ to slow the pace at which it is raising output," said Caroline Bain, chief commodities economist at Capital Economics Ltd.

The administration has also pointed to a notable gap between the price of unfinished gasoline futures and the retail cost of gasoline, which has widened to about $1.14 a gallon from roughly 78 cents in mid-October. The White House urged the Federal Trade Commission to investigate the issue last week.

Biden's political opponents have seized on the announcement to criticize his administration's efforts to decarbonize the U.S. economy and discourage new fossil fuel development on federal lands.

"Tapping the Strategic Petroleum Reserve will not fix the problem," said Senator John Barrasso, the ranking Republican on the Senate energy committee.

The release from the U.S. Strategic Petroleum Reserve would be a combination of a loan and a sale to companies, U.S. officials said. The 32 million-barrel loan will take place over the next several months, while the administration would accelerate a sale of 18 million barrels already approved by Congress to raise funds for the budget.

The effort by Washington to team up with major Asian economies to lower energy prices acts as a warning to OPEC and other big producers that they need to address concerns about high crude prices, up more than 50% so far this year.

"It sends a signal to OPEC+ that the consuming nations are not going to get pushed around any more by them," said John Kilduff, partner at Again Capital LLC in New York. "OPEC+ has been stingy with their output for months now."

Suhail Al-Mazrouei, energy minister of the United Arab Emirates, one of OPEC's biggest producers, said before details of the release of U.S. reserves were announced that he saw "no logic" in lifting UAE supply for global markets.

An OPEC+ source said releasing reserves would complicate its calculations, as it monitors markets on a monthly basis. However, they and several analysts said the release was not as big as the headline figure suggested. They said Britain and India were releasing modest amounts and the United States had already announced some releases, and so the additional quantity was less than expected.

Japan and South Korea are IEA members. China and India are only associate members. 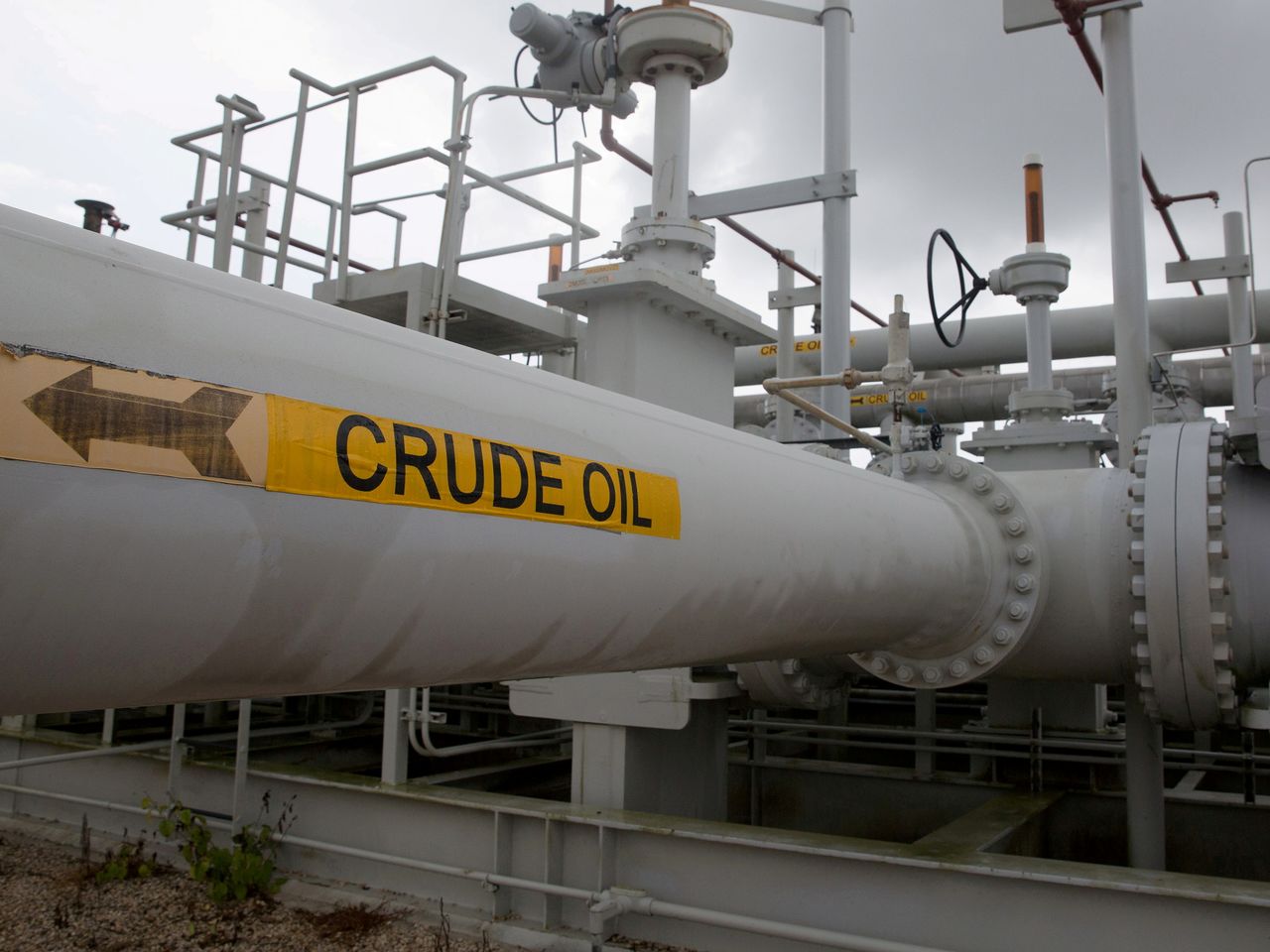 FILE PHOTO: A maze of crude oil pipes and valves is pictured during a tour by the Department of Energy at the Strategic Petroleum Reserve in Freeport, Texas, U.S. June 9, 2016. REUTERS/Richard Carson/File Photo 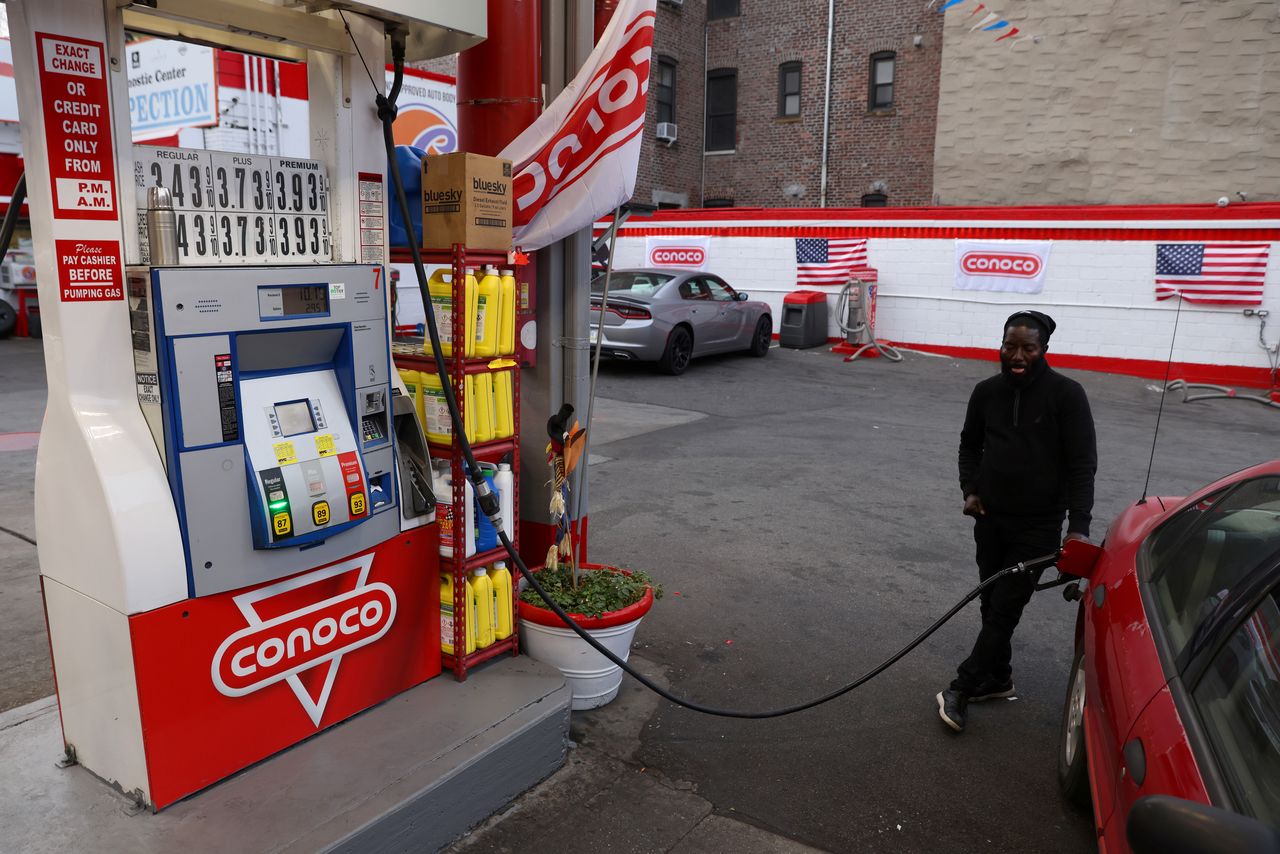 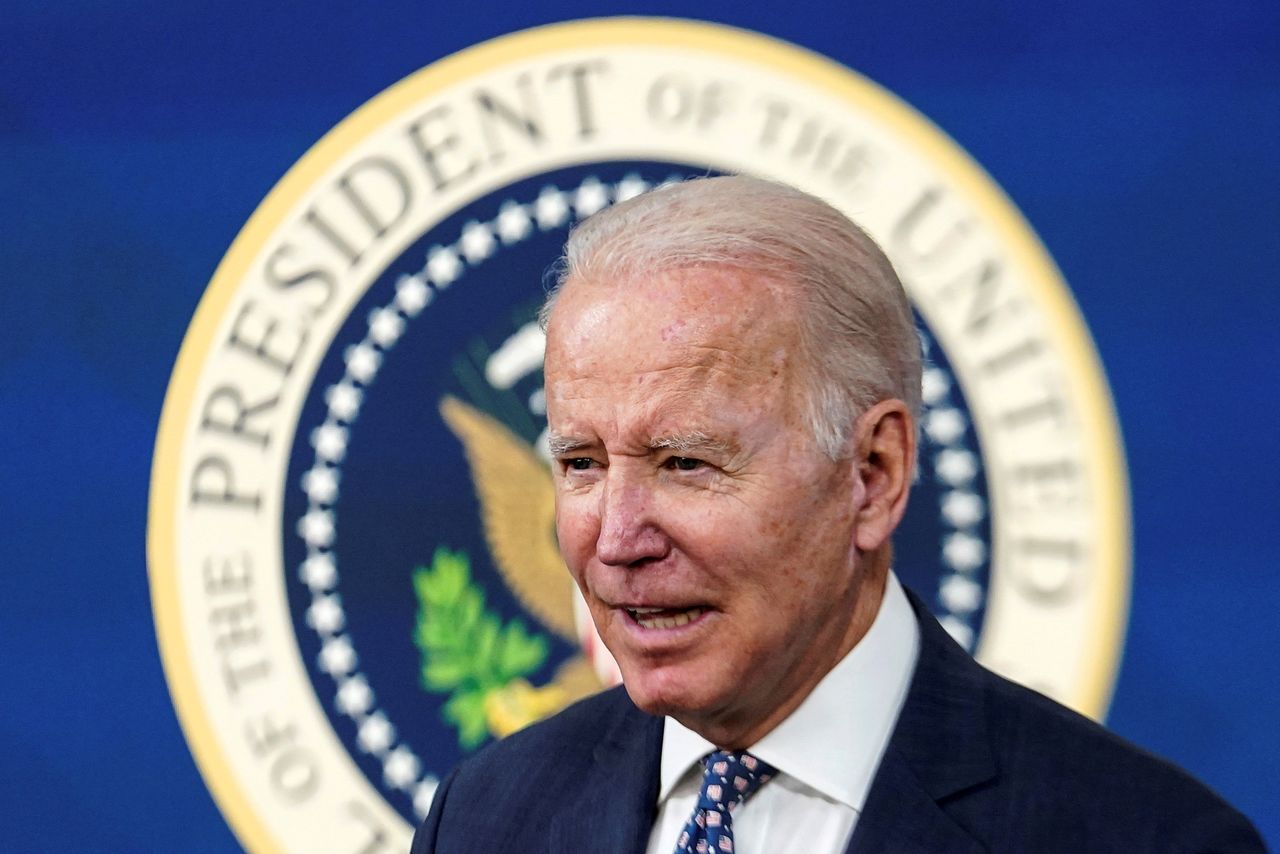 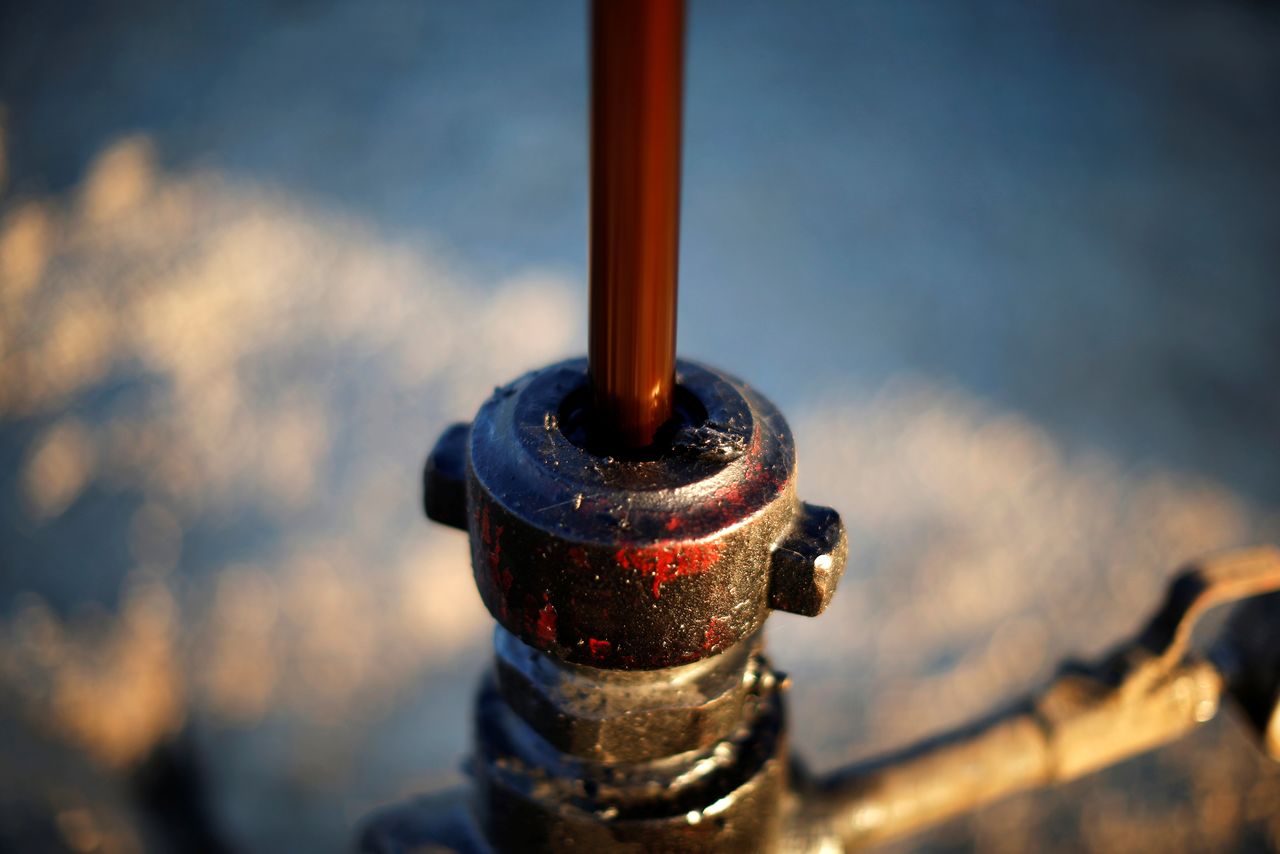 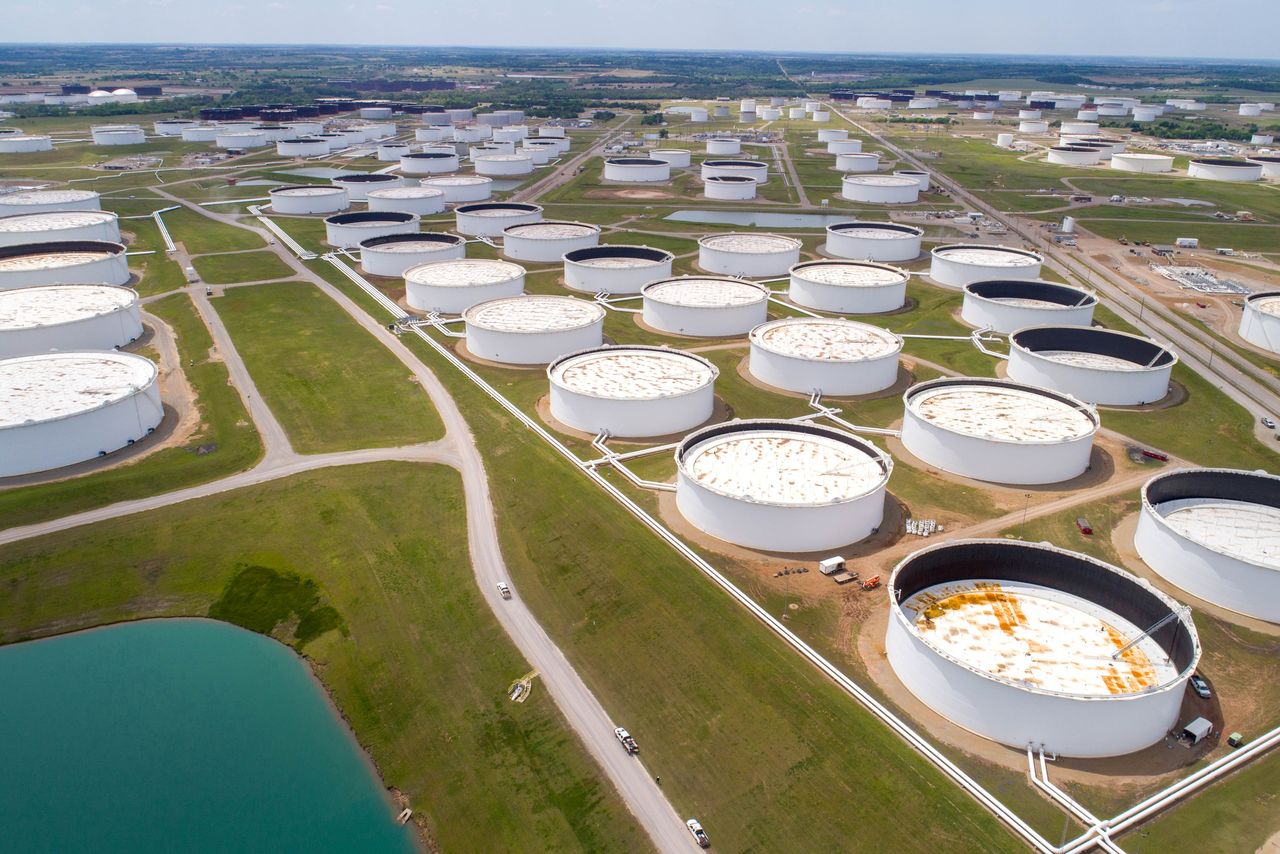