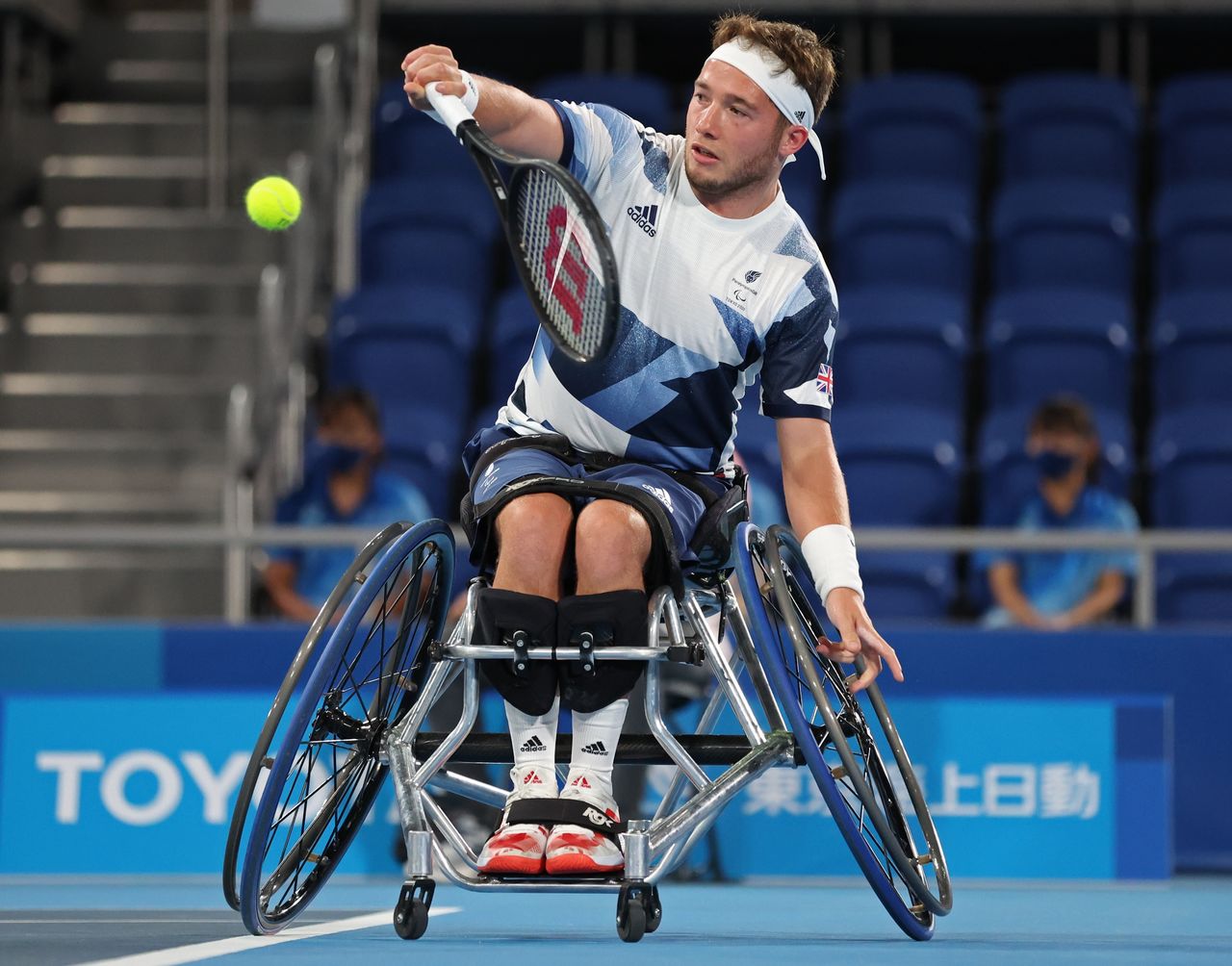 (Reuters) - Wheelchair tennis player Alfie Hewett, who completed the doubles calendar slam this year, said he has been cleared to continue his career after a change in International Tennis Federation (ITF) classification rules.

Britain's 18-times Grand Slam champion Hewett has Perthes disease, which affects hip movement. Under initial changes to the ITF's regulations in 2019, the disease was not judged severe enough to necessitate the use of a wheelchair.

The ITF ruling meant Hewett would be ineligible to compete in wheelchair events beyond the Paralympic Games in Tokyo, which were postponed due to the COVID-19 pandemic, while his appeal also delayed implementation.

However, British media reported the ITF has since amended its criteria to exclude only those who can compete while standing.

The 23-year-old received the news last weekend in Amsterdam, where he had travelled to undergo further classification tests.

"I barely got a wink of sleep the night before so I was pretty drained and then there were floods of tears," Hewett told British media on Monday. "Mentally and emotionally it was a very draining experience but obviously the best one.

"You've probably all felt it in your lives at some point when something so heavy is taken away you actually feel that lift off your shoulders, and I did. I just felt so much relief."

Hewett, who defended his French Open singles title this year, will now be able to compete in January at the Australian Open, where he reached the singles final in 2021.