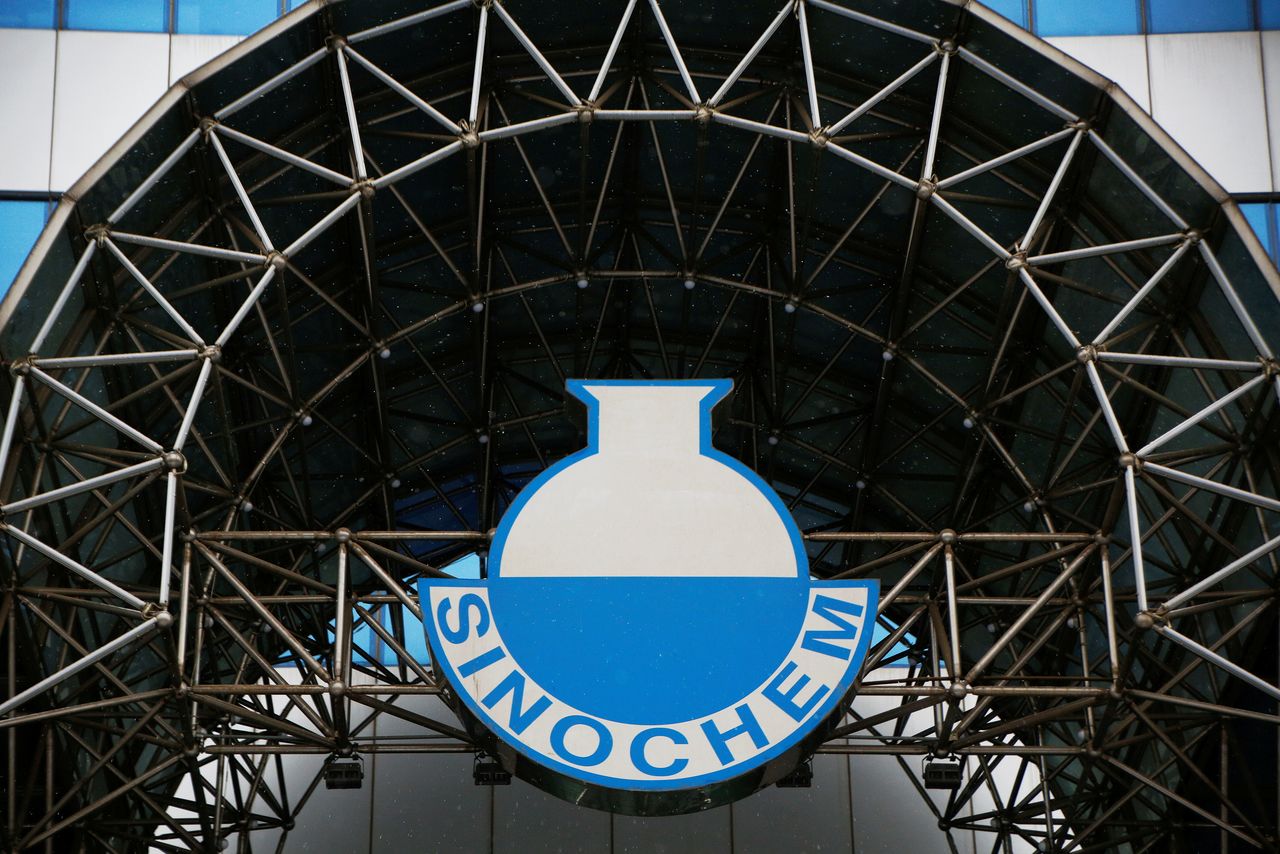 FILE PHOTO: A logo of Sinochem is seen outside an office building of Sinochem in Beijing, China, February 21, 2017. REUTERS/Damir Sagolj/File Photo

SINGAPORE (Reuters) - China's Sinochem Group is in advanced talks with state-owned PipeChina for using the energy infrastructure firm's liquefied natural gas (LNG) terminals after it struck a U.S. deal to buy the superchilled fuel, people with knowledge of the matter said.

The move comes after state-owned Sinochem, traditionally an oil and chemicals trader, announced its first-ever deal earlier this month to buy LNG from Cheniere Energy.

A deal for terminals with China Oil and Gas Pipeline Network, or PipeChina, is an important step in Sinochem's growth ambitions for LNG. For PipeChina, Sinochem will constitute a stable LNG customer and help offset weak demand from smaller importers due to volatile prices of the fuel.

China, which overtook Japan as the world's No.1 buyer of LNG this year, sees natural gas as a key bridge fuel along its path to reach carbon neutrality by 2060.

Sinochem and PipeChina did not immediately respond to requests for comment.

Sinochem aims to sign long-term deals to use PipeChina's terminals, including the new 6 million tonne per year (tpy) facility in Zhangzhou, Fujian province, that's due to start next year, said the sources, who requested anonymity because they're not authorised to speak to media.

"The company may start with trading, while also anchoring on a few domestic outlets within its own system," said Chen Zhu, managing director at consultancy SIA Energy.

One such outlet would be Sinochem's wholly owned refinery complex in Quanzhou, near Zhangzhou, that will utilise gas to make hydrogen used for refinery and petrochemicals processing, the sources said.

As PipeChina opens up terminals to firms outside state majors like PetroChina, poor contractual performance by smaller importers in a volatile spot market is adding to the appeal of Sinochem.

"PipeChina needs big players like Sinochem to commit to using the terminals to ensure reliable gas supplies," said one of the officials.

"Sinochem entered the market at an opportune time, as the evolving market needs traders who can be a bridge between smaller Chinese buyers and large global portfolio suppliers," said a Beijing-based LNG trader.

Cargoes to be supplied under the Cheniere deal are on a free-on-board basis, which means the company can sell them inside and outside China.

Sinochem first eyed entering gas trading in 2017, but only became established in early 2021 when Zhong Ren, a 30-year Sinochem oil trading veteran, was appointed president of its energy business and mapped out the gas plan, sources told Reuters.

"Sinochem sees LNG as a new area of growth beyond its oil and chemicals business... Mr. Zhong plays a pivotal role in that push," said a company source.

Still, Sinochem faces hurdles like lack of a domestic gas client base, a new trading team, and shipping and logistical challenges.

"(The U.S. deal) marks quite an aggressive move for (Sinochem), a new player with little end-user base in China," said a fourth official, with a state-run gas importer.